The emergence of the cannabis industry coincided with a societal trend of empowering women. Combined with the more liberal environment that dominates the industry, it’s easy to understand why cannabis represents an industry were more women are getting involved and more women have leadership positions compared to other industries in the United States.

Over a quarter of cannabis businesses were founded or owned by women, compared to a U.S. average of 20 percent, according to a 2017 survey by Marijuana Busniess Daily.

“It’s no surprise that this new and innovative industry has, at its core, a female force to be reckoned with,” said Lindy Snider, the CEO and founder of Lindi Skin and co-founder of Treehouse Global Ventures, a fund that identifies and mentors women -and minority- founded cannabis businesses.

Industry Power Women, which was created to help recognize and promote female business leaders, has acknowledged the impact women have on the development of cannabis in the U.S. IPW recently held its annual Industry Power Women Awards Brunch in Las Vegas. The event celebrated six of the most impressive women in the U.S. cannabis space.

“The IPW is fast becoming an integral part of the cannabis industry. Highlighting emerging female founded companies and successful women leaders. It was a highlight of MJBizCon week for all of us lucky enough to be part of it,” said Snider. “I’m incredibly excited to see it and to be on the upward climb with such intelligent and thoughtful women. We need to continue helping each other, mentoring those coming into the space and celebrating the many successes women have worked so hard to attain.”

“This IPW luncheon celebrated women; a certain quality of entrepreneur with substance behind her,” said Jackee Stang, cannabis entrepreneur and founder of the High Times Women Council. “To my surprise the room was filled with like-minded female leaders focused on teaching other women how to behave, thrive, and succeed rather than burning men at the stake in this post-#TimesUp world.”

Billingsley, the co-founder and CEO of MJ Freeway, won the Business Woman of the Year award.

MJ Freeway provides a cloud-based, seed-to-sale, cannabis compliance software. Prior to co-founding MJ Freeway in 2010, Billingsley was the President and CEO of Zoco, a provider of IT systems and support services.

“The award will serve as a reminder of our strength as we move into an amazing year ahead with our planned NASDAQ listing. I challenge everyone to support other women as they navigate the challenges in this industry,” Billingsley told Benzinga.

“While grand gestures have large impacts, every email introduction or mentoring call adds a drop in the bucket, and all contribute to the swell. Be part of the swell that empowers women in cannabis now.”

The Benzinga Cannabis Capital Conference is the premier gathering of cannabis entrepreneurs and investors in North America. Click here to learn more about the event, which takes place Jan. 15-16 in Miami, Florida.

Advocate of the Year – Wanda James

IPW named Wanda James as the Advocate of the Year.

In 2015, James opened the Simply Pure Dispensary in Denver, Colorado, becoming the first African American woman to own a cannabis dispensary in Colorado. Moreover, James has been the president of the Cannabis Global Initiative, an organization that helps municipalities, policymakers and the community with the sustained growth, regulation and development of the cannabis industry. 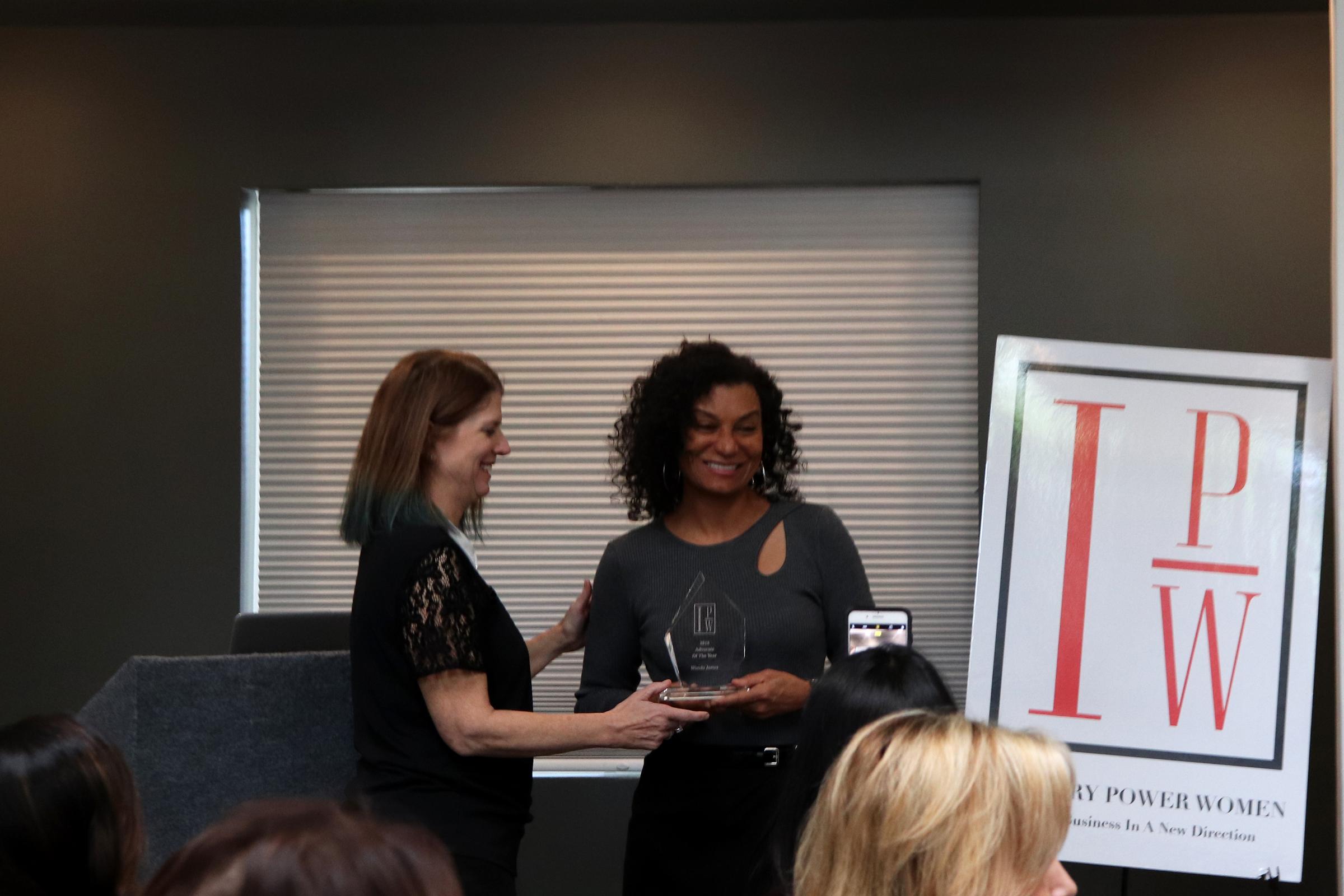 Earlier this year, James was named one of the 100 Most Influential People in Cannabis by High Times Magazine.

Investor of the Year – Emily Paxhia

The co-founder and managing director of cannabis-focused hedge fund Poseidon Asset Management, Emily Paxhia, was named as the Investor of the Year by IPW.

The San Francisco-based fund has over $90 million in assets under management. Paxhia recently joined the board of Athletes For CARE – an organization that includes more than 70 professional athletes, which studies how cannabinoids could treat chronic traumatic encephalopathy and traumatic brain injury.

Paxhia is also on the board of House of Saka, which has recently launched a luxury line of cannabis-infused wines.

“Being recognized as a a female investor among this esteemed group of women is a true honor and one that I will cherish for the rest of my career. We have a specific window to influence the direction of this industry to be positive, productive and inclusive,” Paxhia said. “The IPW network is instrumental in nurturing the strength of the women founders and professionals for the betterment of all cannabis businesses and the industry at large."

The attorney and founder of the Oregon Cannabis Association, Margolis received the Leadership Award.

Margolis is the founder of The Initiative, a business accelerator focused on helping female-founded cannabis businesses succeed and find funding, and of The Commune, a 4,000-square-foot venue for marijuana-friendly events with office and boardroom space. Margolis is also a shareholder of Greenspoon Marder, a national full-service law firm. She is involved with licensing, compliance and regulatory work and has been directly involved with policy discussion regarding cannabis legalization in Oregon.

“It was such an honor to be recognized as the 2018 Industry Power Women (IPW) Leader of the Year. Coming together with so many amazing cannabis women pioneers and leaders was inspirational. We need so much more of these type of events and opportunities as we work towards parity in the space," Margolis told Benzinga.

Influencer of the Year - Gaynell Rogers

Gaynell Rogers, a Treehouse Global Ventures co-founder, was named the Influencer of the Year.

Rogers is a communications expert with over 20 years of experience, who has cultivated extensive networks in a variety of industries, including cannabis. She worked on putting a number of cannabis companies in the spotlight, including The Arcview Group, Dixie Brands, Medicine Man, and she was head of Media Relations & Management for Harborside, the largest cannabis retailer in California.

Earlier this year, Hope price co-founded Hoop Beauty together with her sister Kasey and their friend Sarah Baker. Both sisters suffered from a number of rare diseases throughout their lives and turned to CBD in February. After seeing the benefits of the cannabinoid through her own experience, Hope Price created Hoop Beauty, a brand that aims to provide safe, clean and effective CBD-based products.

“It was such an honor to receive the Rising Star award at the Industry Power Women brunch,” said Hope Price. “My goal is to continue to educate and empower young adults on the wonders of CBD and alternative therapies. Hemp CBD has saved me, and Hoop will bring pure, affordable, pharmaceutical-grade products to market.”