How The Fresh Toast Became A Top Cannabis-Focused Media Outlet

The Fresh Toast first appeared on our radar in late 2017, when the company said it was positioned to rapidly become “the most trusted voice in cannabis.”

Almost a year later, the website is the second-most popular cannabis news website, trailing only High Times, and the fourth-largest marijuana website among directory websites like Leafly and WeedMaps, according to Alexa traffic data. The Fresh Toast grew its traffic by 50 percent in just four months. 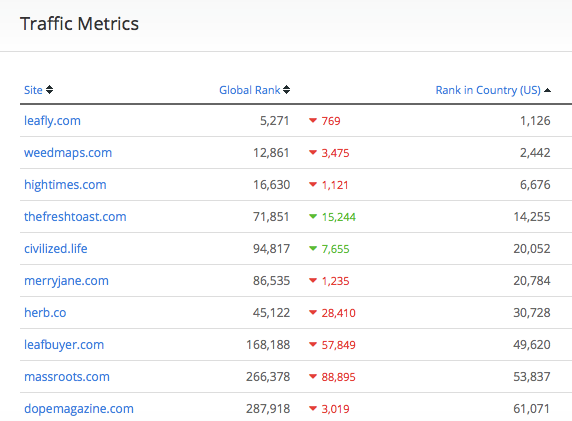 How could this be? How could this site few people in the marijuana industry had ever heard of be outperforming well established cannabis publications like Dope Magazine and publicly-traded companies like MassRoots Inc (OTC:MSRT) and Leafbuyer Technologies Inc (OTC:LBUY)?

Related Link: High Times Buys DOPE Magazine For $11M: Here's Why And What It Means For The Cannabis Industry

As it turns out, JJ McKay, The Fresh Toast's founder and publisher, has served as an advisor to IAC/InterActiveCorp (NASDAQ:IAC)'s Daily Beast and is no stranger to the media world.

“TFT appeals to the 91 percent of the 42-million-plus Americans who use cannabis annually and aren’t defined by the stoner [and] counterculture mindset,” McKay said. “Our strategy is to engage the mainstream public and the canna-newbie and curious along with traditional users [while] gently changing perception of the product, its potential use, and the industry.”

In addition to generating lifestyle content, TFT focuses on patient and doctor education. Its partnership with the health care social networking site Skipta connects it with its 800,000 members of the medical community.

McKay compares the approach to how Martha Stewart identified that millions of Americans were passionate about crafts and harnessed that potential to create a DIY movement.

Twenty percent of The Fresh Toast's audience returns daily, and it has syndication agreements, McKay said.

“Our content looks and reads like content you would see in any mainstream outlet, and we syndicate that content through a partnership to newspapers around North America. We piloted the program with the New York Daily News, but it has now grown to include Post Media, which owns 67 percent of all of Canada’s news outlets, Men’s Health and more.”

The Science On How Cannabis Could Help Diabetes Patients