A new report from Prohibition Partners shows that the Latin American cannabis market could reach a value of $12 billion within the next decade.

Latin America has a population of over 650 million, but the continent's total health care costs are around $354 billion — significantly smaller than Europe, which has a population of 740 million and health care spending of more than $2.6 trillion. Nevertheless, the medical cannabis market in Latin America accounts for the bulk of the entire marijuana industry, and Prohibition Partners estimates it will reach $8.5 billion by 2028. The firm estimates the recreational market will reach $4.2 billion by 2028. The industrial cannabis segment is expected to remain small at just $13 million, according to Prohibition Partners.

An Attractive Climate For Cannabis Cultivation

The estimated $12-billion total future value of the LATAM cannabis market pales in comparison to Prohibition Partners’ projection of a $130-billion European marijuana market by 2028. Yet the presence of large marijuana players in the region should not be ignored, especially because Latin America has the potential to become the primary supplier of marijuana for the globe.

Many factors make Latin America one of the best regions for cannabis cultivation. It has a favorable climate, low-cost labor and low compliance costs, all of which make Latin America attractive for foreign companies looking to expand their production.

Facility construction costs in Latin America are 80 percent lower than in North America and Europe, according to Prohibition Partners.

More than 40 licensed producers operate in Latin America; Colombia alone has issued 142 licenses for the cultivation of marijuana.

Latin America faces many challenges as well, particularly on the regulatory front. While Uruguay was the first country in the world to fully legalize cannabis in 2014, Colombia is the only other country in the region where weed is fully legal.

While all countries in the region with the exception of Panama have legalized medical marijuana, recreational use remains illegal in the majority of countries. In five of 11 Latin American countries, industrial cannabis is legal.

Another barrier for the market: Colombia is the only country that allows the export of marijuana, although it's likely other countries could soon follow with legislation that opens the region to more marijuana production.

Allowing more cannabis exports could open producers to more foreign investment. The tough economic situation faced by Brazil, Argentina and other countries makes it difficult for entrepreneurs to access capital.

Given the great potential in Latin America’s cannabis market, several large, multinational cannabis companies have ventured into the region.

The deal includes a 90-percent stake in Colcanna S.A.S., a Colombian company with licenses for the production and research of cannabis for both domestic use and export; ABP S.A. a major pharmaceutical import and distribution company in Argentina; and a 49-percent stake in Marigold Projects Jamaica Limited, which has licenses to cultivate, sell and offer therapeutic services using cannabis products.

In September, Aurora Cannabis announced the acquisition of ICC Labs Inc (OTC:ICCLF), a producer of cannabis with operations in Colombia and Uruguay.

Last but not least, Cronos Group's presence in the LATAM region is through a 50-50 joint venture with Colombia-based Agroidea SAS, which allows Cronos to produce marijuana at a 207-acre facility in Cundinamarca.

A Watershed Marijuana Event: Canopy Growth Makes The First Legal Export From Canada To US 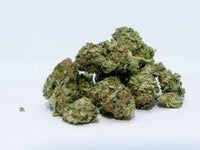