2 Stocks That Could Benefit From Marijuana Legalization In Michigan

The proposal, dubbed the “Michigan Marijuana Legalization Initiative,” would allow adults over the age of 21 to possess, consume and grow cannabis.

Michigan already has a medical cannabis program in place, which, according to the MJBiz Daily factbook, will see sales as high as $425 million this year alone. The factbook also notes that Michigan has the country's second-largest patient base.

Make no mistake: There are a lot of investors who are very excited about legalization in Michigan.

Between a vibrant existing medical cannabis market and an adult-use market that could be approved in less than two months, there’s a lot of big money flowing into Michigan right now. Yet investors looking to get a piece of this action won’t have many options.

Benzinga, which recently brought 600 investors to Toronto for the first-ever Cannabis Capital Conference, is hosting the Michigan Cannabis Business Roundtable at its Detroit headquarters Friday, Nov. 9.

Michigan has disclosure rules that essentially preclude public cannabis companies that are licensed operators from having exposure to the Michigan market, according to 420 Investor Alan Brochstein. But some ancillary players do have exposure, and are certainly in a position to benefit from legalization in Michigan.

Last month, this cannabis REIT announced that it closed on a new $5.5-million property in Michigan. With tenant improvements that must be made to the property, IIPR’s total investment will come in at around $13 million.

If you’re unfamiliar, Innovative Industrial Properties acquires the types of assets that are used for state-licensed cannabis growers under long-term triple-net lease agreements.  Under these types of agreements, tenants are responsible for taxes, maintenance, insurance and base rent.  The company also has assets in Arizona, Maryland, Massachusetts, Minnesota and New York. 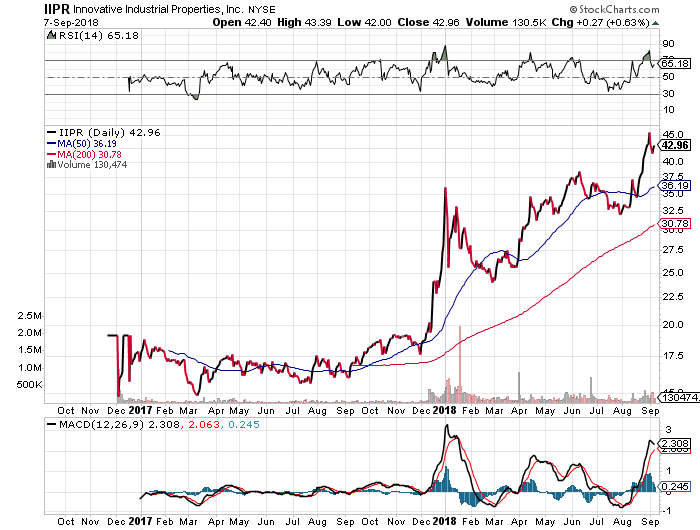 IIPR went public in December 2016.  Since its debut, IIPR has more than doubled in value.

Kush Holdings (OTC:KSHB) is a cannabis packaging and labeling company that's already exposed to the Michigan market, as it provides labeling services for Michigan cannabis companies. 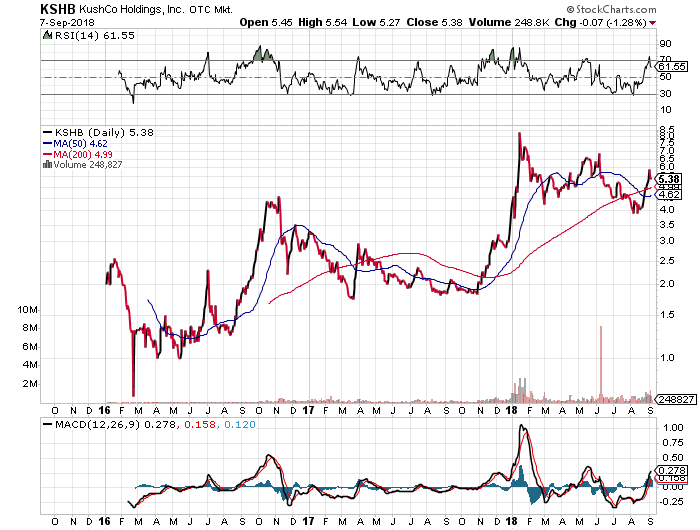 Kush has five facilities in the five largest cannabis markets in the U.S., and its products can be found in North America, South America and Europe. Its stock went public in 2016 and has more than doubled since then.

The Michigan cannabis market is still quite young, and if adult-use legalization is approved, it’ll like take a few years for all the kinks to get worked out. During that time, it is possible that regulatory changes could be made, thereby allowing more public cannabis companies to take part.

If such a thing were to happen, companies such as MariMed Advisors (OTC:MRMD) and Green Thumb Industries Inc (OTC:GTBIF) would likely make a move into Michigan, as both already have exposure in the Midwest — in Ohio and Illinois — and both have been rumored to be interested in the Michigan market.

Of course rumors don’t make for good investment intel. So for now, those looking to gain exposure to the Michigan market have two valid options: IIPR and KSHB.