How To Pick The Right Marijuana Stocks 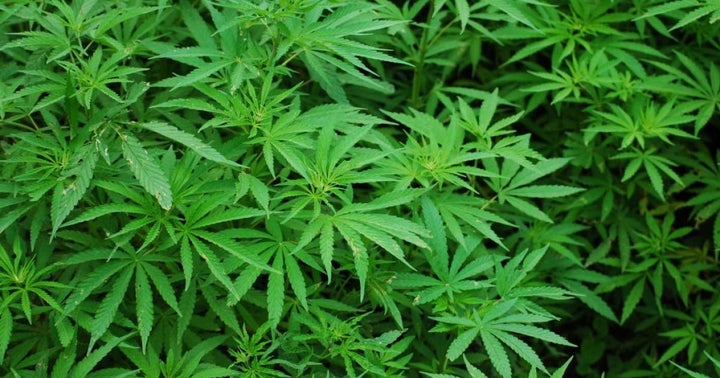 Benzinga recently spoke with investment banker and President of cannabis advisory firm Electrum Partners, Leslie Bocskor, about how CEOs in the marijuana industry could navigate market volatility in times of regulatory uncertainty.

The key to succeeding in such an enterprise is that execs stick to their focus and their business, do their research, “get engaged in government relations” and find out what’s going on. As a public company, you should never “take your eye off the ball,” Bocskor explained, mentioning a few companies he believes are doing a good job in this sense: Growblox Sciences Inc (OTC:GBLX), Terra Tech Corp (OTC:TRTC),Kush Bottles Inc (OTC:KSHB), Solis Tek Inc (OTC:SLTK) and Grow Solutions Holdings Inc (OTC:GRSO).

Benzinga: While we understand why you like these stocks, all of them trade under $2.50 per share, which makes them penny stocks. That, of course, derives in part from the companies’ small market caps and pre-revenue status. However, there must be more to these valuations. Why do you think the market is giving these stocks such low valuations?

Bocskor: Because of the federal illegality and the state legality, and the friction that takes place between those two things, and the lack of clarity about what that really means –- because it's uncharted waters — many companies have felt that it would be difficult for them to trade on the Nasdaq or the American Exchange. So to get access to capital, what they’ve done is they’ve explored reverse mergers and other mechanisms to end up being publicly traded on the over-the-counter exchanges.

The over-the-counter exchanges present challenges. They're not taken as seriously as the bigger exchanges, and they also allow for a greater degree of latitude in terms of the quality of the company that will trade on them. As a result, many of the companies (…) that have something to do with cannabis probably shouldn’t be there. They got there because entrepreneurs thought it was the only way they could get access to capital; there was somebody that had a publicly traded vehicle that seemed like it would be a good fit.

Bocskor: Secondly, we’ve had something happen in the financial markets on a structural basis over the last 20 years that has had devastating effects on capital formation and innovation in the United States.

It used to be that companies could come public and raise $5 to $10 million in a small IPO all the time. So, when Intel Corporation (NASDAQ:INTC) first came public they raised $10 million, if I remember correctly.

These days, because of the implementation of The Sarbanes-Oxley Act in a wholesale capacity that covers small and large companies both, which is sort an unfair burden on a small company and an easier burden on a large company, the ability for companies to become publicly traded through the traditional mechanism is limited.

The Evolution Of Banks

Bocskor: As well, a number of business and regulatory issues have converged to create a market where the investment banks that used to exist on a regional basis, creating a national ecosystem no longer exist. The Hambrecht & Quist’s, the Piper Jaffray’s, the Hornblower & Week’s, the Spencer Trask’s… They may exist in name still, but they don’t exist in terms of the business model they used to have.

Because of that, there's no clear path for a company to make the transition from private to public, unless it has already succeeded at becoming a $100 million or $1 billion enterprise like Snap Inc (NYSE:SNAP).

[To make things worse], there are also no investment banks to advise the entrepreneurs why they need to focus on their stock price, not from the perspective of whether it's going up or down, but making sure the capital structure allows for a price that will be better for the company moving forward in terms of the optics that it creates.

Bocskor: As a result, we find many companies exploring this other mechanism, this back door to being publicly traded through reverse mergers or through Form 10 filings, etc., that were not the traditional mechanism that provided for an orderly and well-run market.

As such, we see smaller companies that tend to be in the lower prices because the traders that trade and make the markets there like the additional revenue they can get based upon the spread that exists in the bid and ask on the small, lower priced stocks. So, the lower the price, if something is trading in pennies and it’s trading from $0.05 to $0.06, for example, that penny spread represents 16 percent. If a trader can capture that 16 spread spread, that’s a very profitable area to be. So, they tend to be friendlier to companies with these lower prices.

I think it’s terrible. I would like to see these companies trading for $1 or $5, $15, $30 a share, which I think will be where they will be in the coming years.

Bocskor: The point is there is a prejudice against low priced stocks that I think we need to get away from as an industry and start looking towards reverse splitting our stocks, having fewer numbers of shares and higher prices because the optics on it are better. As well, they limit the possibility of mischief by those traders who look for those spreads on lower priced stocks.

Benzinga: It's true that there are some of these penny stocks that are good. However, many others aren’t. How does a retail investor or an individual investor know the difference? What would you recommend?

Bocskor: I wish there was an easier answer to this than the one I’m about to give.

I can make those suggestions, which are good suggestions, and any investor that has the time to do it, I would suggest they do it.

However, the truth of the matter is that it’s going to be almost impossible for most individual investors to do that. Only the biggest investors that will be taken seriously by the company would be able to get that type of access.

So, the small investors find themselves in a very difficult position, especially when you can’t find any ETFs or sector-based funds that are trading or available for investors to look at. So then the answer is they have to find people like Alan Brochstein at 420 Investor, or the guys at ArcView, people like that to give them some guidance as an individual investor. I would suggest they spend time talking to the people, and following the people, and learning from the people that are the ones that know what makes sense, what doesn’t, what companies are good [and] which ones aren’t.