How Tesla's Chinese EV Market Is Worth $400 Per Share 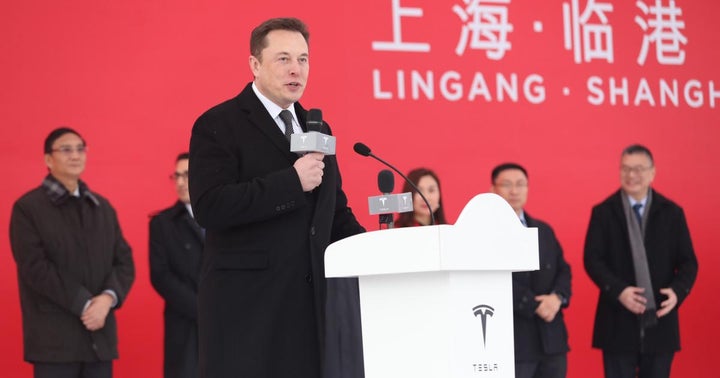 China is a vital cog in Tesla Inc's (NASDAQ:TSLA) wheels, and Wedbush analyst issued a valuation Thursday for what Chinese EV market is worth for the company.

The Tesla Analyst: Daniel Ives maintained a Neutral rating on Tesla shares with a $1,250 price target — and a bull-case target of $2,000.

This resurgence is a linchpin of the Tesla bull thesis going forward, the analyst said.

Tesla sold about 15,000 Model 3 vehicles in China in June on top of the 11,000 units sold in May, suggesting demand in the key market is beginning to ramp after the weakness triggered by macroeconomic softness and the coronavirus pandemic, he said.

Ives estimates the China growth to be worth at least $400 per share in a bull case scenario to Tesla, as EV penetration is set to ramp significantly over the next 12 to 18 months, along with major battery innovations coming out of Giga 3.

"In a nutshell the success in China out of the gates is a major achievement for Tesla and if this trajectory continues will be a "game changer" for its EV penetration story over the next decade."

Tesla's Million-Mile Battery: Wedbush is of the view that technology innovation around Gigafactories and Fremont remain the key ingredients in Tesla's success on the battery front.

The company is close to announcing the million-mile battery at its upcoming Battery Day in September, Ives said.

The battery technology will be very advanced, potentially last for decades, withstand all types of weather and terrain and be another "major milestone for the Tesla ecosystem and adds to the bull case valuation," Ives said.

Tesla Vs. Nio Vs. Xpeng: A Look At The Chinese Electric Vehicle Market

Although Lucid Group Inc’s (NASDAQ: LCID) stock is currently trading at a premium to the average multiples of its SPAC peers in the electric vehicle original equipment manufacturers space, it is still at a “notable discount” to Tesla Inc’s (NASDAQ: read more

Although Lucid Group Inc (NASDAQ: LCID) features compelling technologies that could scale profitably, its business faces significant competition from both legacy players and startups, according to Morgan Stanley. read more

Electric vehicle stocks have been some of the hottest investments in the market in the past couple of years as investors anticipate a multi-decade boom in EV sales. Bank of America analyst Joon-Ho Lee said Friday he's also bullish on stocks with exposure to the EV battery value chain. read more