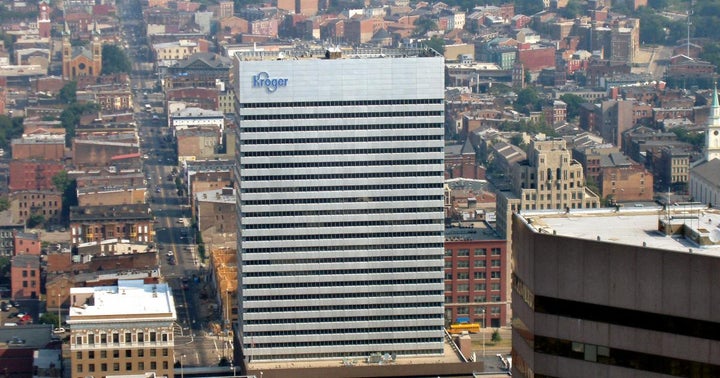 Grocery chain Kroger Co (NYSE:KR) reported Thursday with first-quarter results that were highlighted by an EPS and same-store sales beat. Here's how the Street reacted.

Kroger's stock sold off following Thursday's report, as investors found fault with the weaker-than-expected second-quarter guidance and concerning "hidden costs" in the business like the pension contribution, Kelly said in a Thursday note.

Some investors seem to have concluded that Kroger in its current form "is as good as it gets" for a unionized and structurally challenged grocery chain, the analyst said.

The print had multiple highlights that support a bullish stance, he said:

1. A mid-teens quarter-to-date identical sales could translate to a better 2021 outlook than before the COVID-19 pandemic.

3. Cash flow was $2 billion higher on a year-over-year basis, and the company is sitting on $2.7 billion in cash that can be used for share buybacks or debt reduction.

4. It appears the company is "essentially done" with one-off pension contributions.

UBS On Kroger's 'Unique' Circumstances In Q1, What's Next

Kroger faced a "unique set of factors" in its first quarter, most notably a major shift from "food away from home" to "food at home," Lasser said in a Thursday note.

This trend resulted in 92% growth in digital and a 19% overall same-store sales growth, the analyst said.

The company said digital sales to date in the second quarter accelerated to triple-digit growth, although Kroger said it expects to see a gradual slowdown in same-store sales as more restaurants continue to open, he said.

The key question for Kroger's stock moving forward is how quickly life will return to somewhat normal, Lasser said.

The stock is trading at 13.5 times on an NTM PE basis, and this represents a "fairly balanced" risk-reward profile, according to UBS.

Kroger noted it resumed certain cost-saving initiatives that were put on hold due to the COVID-19 pandemic, and the company is on track to hit its previously announced $1-billion savings goal in fiscal 2021, Ohmes said in a Friday note.

On top of the savings, Kroger has several alternate profit streams that will become a major contributor of earnings over the coming years, the analyst said.

For example, Kroger's Precision Marketing business offers access to the $11-billion consumer packaged goods digital ad market, he said, adding that the unit is on track to grow by 50% this year alone.

Kroger and Alberstons Stocks Get Downgrade: What You Need To Know

BofA Turns Bearish On Kroger Ahead Of Tough Comparisons

Kroger Is Out Of Momentum, BofA Says In Downgrade

The bullish case for Kroger Co (NYSE: KR) can no longer be justified, as it will be more difficult for the grocery chain to beat expectations moving forward, according to BofA Securities. read more