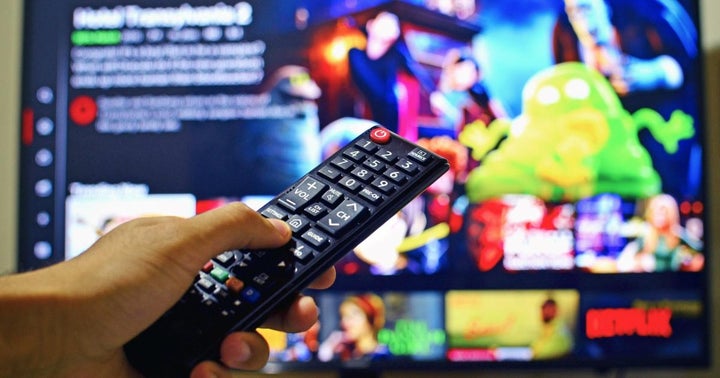 Netflix Inc (NASDAQ:NFLX) reported strong net subscriber adds for the first quarter, and its subscriber base is only getting better, according to an analyst at BofA Securities.

Analyst Nat Schindler maintained a Buy rating on Netflix with a $525 price target.

Netflix's April churn declined to a monthly rate of 2.4%, Schindler said, citing data from ANTENNA. The churn rate refers to the percentage of subscribers who either cancel or don't renew their subscriptions in a given period.

Following the stabilization in the churn rate in the January and February period ahead of the coronavirus outbreak, the churn rate improved in the March-April period amid stay-at-home orders, the analyst said.

The lower month-over-month churn rate in April is a positive signal for Netflix's guidance for 7.5 million global subscriber adds in the second quarter, he said.

Schindler said he's waiting to see how the May-June period turns out as stay-at-home restrictions are eased.

Referring to weekly Netflix sign-up data, BofA said a surge in sign up growth was clustered around the weeks of March 16 through March 30, suggesting some of the sign ups will accrue to the second quarter. This is because Netflix can recognize users as paid subscribers only after the trial period ends, according to BofA. 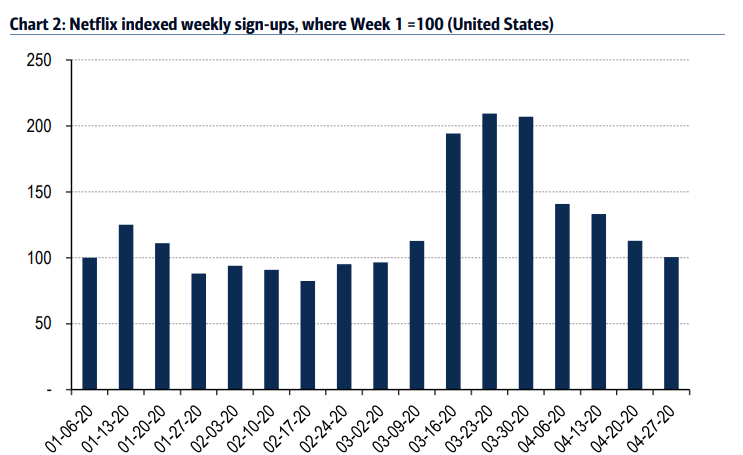 BofA is bracing for a strong second-quarter subscriber print and a long-term penetration increase.

"We think global subscriber strength could last longer than seen as we expect some social distancing (impacting large events, cinemas, sports games) may remain into 2H."

Netflix Working On 'Social Distance,' A New Show From The Maker Of 'Orange Is The New Black'

Rarest Of Gems? Here's Why This Analyst Is Upgrading ViacomCBS

ViacomCBS (NASDAQ: VIAC) received a major thumbs up from Steven Cahall, senior equity analyst at Wells Fargo Securities, who upgraded the company’s stock rating from Equal-Weight to Overweight and upped its price target from $45 to $60. read more