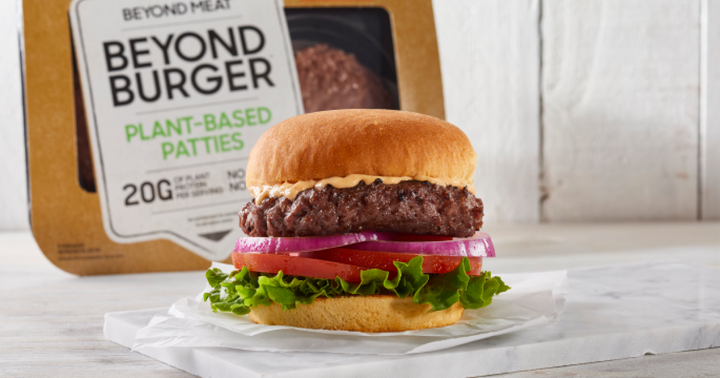 Plant-based food maker Beyond Meat Inc (NASDAQ:BYND) reported first-quarter results, highlighted by an earnings beat and a swing to profit.

While investors appear to be impressed with the print, multiple Street analysts remain bearish.

The Beyond Meat Analysts

Beyond Meat noted its sales growth was due in part to a 22% increase in total distribution points to around 94,000 outlets and this is a "sensible" plan. Baumgartner said even if the growth continues moving forward, it's unlikely to be large enough to fully offset the decline seen in the foodservice segment.

Meanwhile, traditional beef prices are rising due to shortages and this gives Beyond Meat an opportunity to narrow the price gap. But even if the plant-based products seem not that much more expensive than beef, consumers may choose to still prioritize beef or switch entirely to cheaper food alternatives, like pasta.

This creates a "bumpier" path ahead for Beyond Meat, especially at a time when Impossible Foods rival products are now available at 2,700 Kroger Co (NYSE:KR) stores.

Strycula said Beyond Meat may have reported some encouraging metrics, but not enough to warrant a change to the stock's long-term outlook. Most notably, the gross margin of 38.8% in the first quarter was better than the 31% expected although second quarter margins are expected to fall.

Management also plans to market and push value packs and promotions as marketing plans while beef prices are moving higher.

Despite progress in the quarter, Strycula said Beyond Meat's stock will be driven by three factors:

Beyond Meat is "playing offense and defense" amid the COVID-19 pandemic but this won't be enough to generate a positive outlook, Spillane wrote in a note. Management is focusing away from foodservice to retail, and instead focusing on value packs and promotions to drive adoption, among other initiatives.

The "key consideration" for the stock, Spillane said, will be Beyond Meat's foodservice unit which is likely to see the most pressure. Nevertheless, management deserves credit for its dedication towards driving long-term goals of brand innovation and international expansion.

Beyond Meat's first quarter profit of $12.7 million handily exceeded estimates of $1.6 million, partly driven by strong margins. Parikh said this should be viewed as a favorable "glimpse of the future profit potential" and strength of its brand.

The stock's valuation is difficult to justify at current levels, however, despite being one of the analyst's top-two growth stories.

Shares of Beyond Meat were trading higher by more than 21% to $121.57 at time of publication.