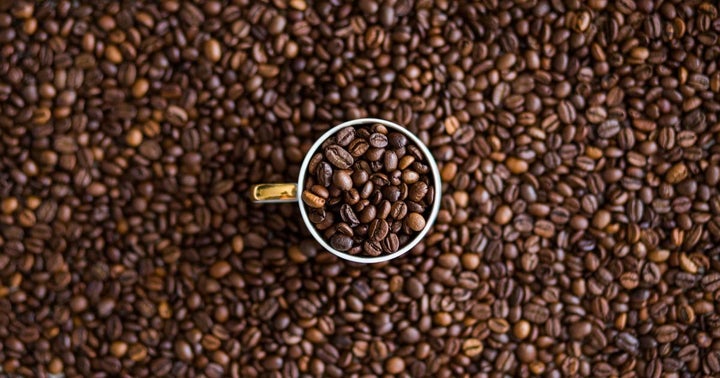 Global coffee chain Starbucks Corporation (NASDAQ:SBUX) reported second-quarter results Tuesday that were notable for the disruption to its business from the coronavirus pandemic. Here's how the Street reacted.

Starbucks' Tuesday earnings report signals that a search for a "caffeinated recovery" remains ongoing, Bittner said in a note. The analyst made four key points:

1. Management hopes 90% of stores are opened in June, but same-store sales will likely remain negative through the first quarter of 2021.

2. Same-store sales in China were down 35%, which is an improvement from down 42% at the end of March, but Starbucks still expects flattish comps by the end of the year.

3. Second-quarter EPS of 32 cents and U.S. same-store sales of negative 3% were in-line with expectations. Management's EPS impact from COVID-19 of negative 45 cents implies margins were "extremely healthy" before the health crisis.

4. Margins would have been 18.1%, or up 230 basis points year-over-year, if it weren't for the virus. This also implies "strong" core margin trends were in place.

The main highlights include the following, the analyst said: commitment to support dividends; the balance sheet remains solid;  management can still access new capital if needed; the pre-CAPEX weekly cash burn rate is running at $125 million but expected to improve as new stores re-opens; China represents a $750-$800-million revenue drag and EPS drag of 30-37 cents; and revenue and EPS drag from the U.S. business wasn't offered.

Starbucks' trends since the start of April show "surprisingly little improvement" in the business, Setyan said in a note. Specifically, April-to-date same-store sales growth inclusive of closures is between negative 60% and negative 70%, the analyst said.

Open drive-through locations are showing a negative 25% same-store sales drop in April, which is worse than rival quick service restaurant names with drive-thru capabilities, he said.

This is also surprising given expectations for a "theoretical transfer benefit" from locations that are closed, Setyan said.

"We also view SBUX as one of the more economically sensitive names in our universe, another potential explanation for the delta relative to QSR restaurants with drive throughs."

Starbucks' recent struggles come at a time when marketing support is "non-existent" and drive-thru lanes are operating at around 75% volume, Gonzalez said in a note. But the company is now weeks away from opening 90% of company-operated stores as it heads into the "monitoring & adapting phase."

The combination of new ways to serve customers, such as entryway pickup, curbside delivery and at-home delivery should leverage Starbucks' digital capabilities and result in improving same-store sales trends, the analyst said.

Morgan Stanley On Starbucks: If You Open It, Will They Come?

Starbucks' plan to have 90% of stores open in June is an "important milestone," but it remains unclear how consumers will respond, Glass said in a note.

Current trends "aren't that informative," and stores that have been open throughout the crisis have only seen a "modest recovery" in the past few weeks versus a "more meaningful sales inflection" at rival QSRs, the analyst said.

Starbucks is likely more dependent than rivals on traffic driven by consumers on their way to and from work, he said.

Starbucks is a cyclical business and the economy is in a recession, but this shouldn't equate to a negative stance on the stock, Glass said.

"Don't mistake these comments for us being bearish, but simply realistic," the analyst said. "SBUX has a dominant, exceptionally well managed business, with a much stronger connection with its consumers via digital than other brands, and versus the last recession."

Starbucks' management offered a "recovery path" forward for its U.S. and China businesses, and the company's long-term outlook is "likely intact," Geiger said in a note.

While any near-term visibility into sales and earnings potential is limited, the company's strong liquidity position makes it better positioned to exit the health headwinds against a "likely diminished competition," the analyst said.

Starbucks put a pause to its share repurchase program but reaffirmed its dividend, Francfort said in a note.

There is "little concern" the company can continue making its dividend payment, as its cash burn of $125 million includes capex and should improve as stores start to re-open, the analyst said.

"Starbucks is a well-managed business with digital capabilities that should help the company offset what we expect to be a weak post-2020 consumer backdrop."

Shares of Starbucks were trading lower by 2% Wednesday afternoon at $77.12. 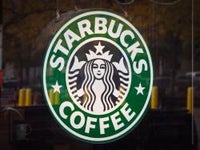 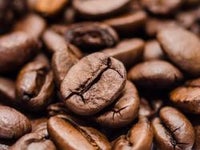 Why This Starbucks Analyst Says Coffee Giant's 2021 Guidance Is Conservative

Coffee chain Starbucks Corporation (NASDAQ: SBUX) guided for 2021 EPS to be in a range of $2.70 to $2.90, but the company should outperform expectations, according to Wedbush. read more 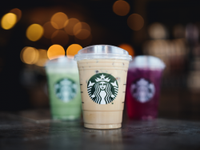 Starbucks Corporation (NASDAQ: SBUX) faces a more encouraging outlook for 2021 and beyond as trends are "moving strongly in the right direction" for the coffee chain and some of its rivals, according to foot traffic analytics firm Placer.ai. read more 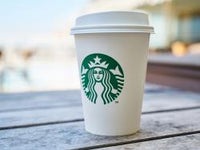 BMO Says Starbucks Is A 'Reopening Beneficiary,' Upgrades To Outperform

Starbucks Corporation (NASDAQ: SBUX) should be considered as a "reopening beneficiary" and the coffee chain giant is well-positioned to show upside versus expectations, according to BMO Capital Markets. read more