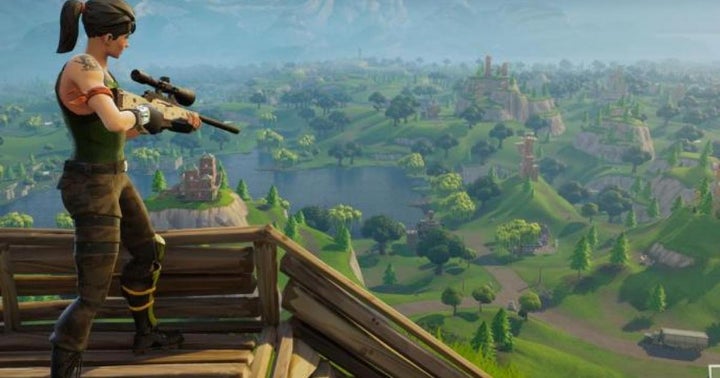 The success of Epic Games' "Fortnite" is explosive, and has remained the top battle royale title since Epic's dive into the new genre.

In August 2018, the game reached a peak of 78.3 million players for the month. In March 2019, Epic reported 250 million total players. The black hole event at the end of Chapter 1 was the most viewed gaming event in history on platforms such as Amazon.com.'s (NASDAQ:AMZN) Twitch, Google's (NASDAQ:GOOG) YouTube and Twitter (NYSE:TWTR).

As the battle royale genre continued to develop, with entries from titles like Electronic Arts Inc.'s (NASDAQ:EA) "Apex Legends," "Fortnite" remained on the top of the leaderboards. With huge events like the 2019 Fortnite World Cup, and special in-game events, it's no surprise "Fortnite" has been leading the pack.

However, a study from Piper Sandler shows the gap between "Fortnite" and other free-to-play battle royale titles is starting to narrow.

While "Fortnite" is still the top game played, with 39% of teens dedicating time to the title, the percentage has dropped significantly from 54% a year ago.

This spring, Activision Blizzard's (NASDAQ:ATVI) "Call of Duty: Blackout" was the second choice among teens, with an increase from 26% to 33%. These numbers are likely to grow thanks to the release of "Call of Duty: Warzone." The new free-to-play title reached 30 million players in 10 days, and experienced a similar pace to "Apex Legends," which attracted 25 million players in the first week.

Piper Sandler's survey was a national study of more than 5,200 students.

As more titles enter the battle royale space, the gap will continue to close. By attaching "Warzone" to "Modern Warfare," Activision has made strides to provide a shooter experience in several genres and niches, including esports and co-operative play. Perhaps this has shifted the balance between free-to-play and traditional games. "Fortnite's" free-to-play format generated massive success, and other companies are developing their own strategies outside of traditional publishing.

With multiplayer being a dominant feature in consoles, handheld devices and PCs, it only makes sense to take advantage of the way it evolves. With games like "Call of Duty" creating modes to satisfy every shooter fan, and "Fortnite" paving the way for social events, it'll be interesting to see how multiplayer games change, and how the popularity gap shifts.

Netflix, Inc. (NASDAQ: NFLX) confirmed to Bloomberg on Wednesday that it intends to expand its content offerings to include video games in the next year. read more

After decades of lagging growth, wages have finally started to climb in 2021 as a record number of U.S. jobs remain unfilled. On Tuesday, Joseph Brusuelas, chief economist for RSM US LLP, said the era of surplus U.S. labor is drawing to a close and a $15 minimum wage is becoming the new standard in the post-pandemic economy. read more