AMD's Stock Could Be Due For A Pullback, These 2 Pros Say 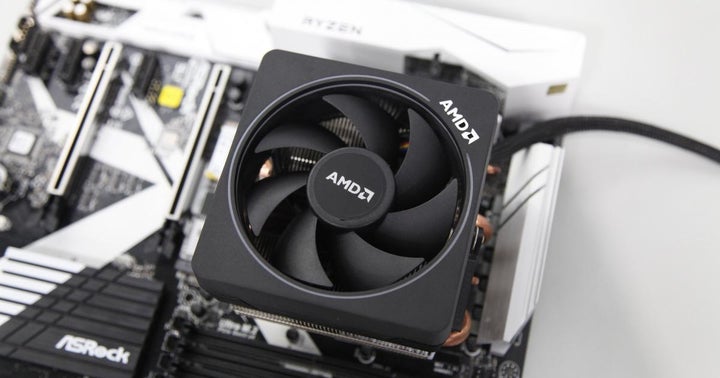 Shares of Advanced Micro Devices, Inc. (NASDAQ:AMD) recently broke above levels not seen since 2000 and hit a fresh all-time high just shy of $60 per share.

What's next for the stock whose history as a public company dates back to the 1970s?

Gordon: Too Fast, Too Far

Todd Gordon of Ascent Wealth Partners said on a CNBC "Trading Nation" segment that AMD's daily chart dating back to late 2018 shows nearly uninterrupted momentum, adding that it broke above the key $38 level in late 2019.

Since then, the stock appears to have gone up too far and too fast, he said. As a shareholder, Gordon said he is "nervous."

AMD's stock could return back to a support level of $38, which represents a downside of more than 30%, he said.

"You have to decide, are you willing to ride it down to that point?" Gordon said. "And that's something I'm thinking about a lot."

'A Lot Of Good Things' At AMD

It's also important to consider that AMD is still a company that sells into the PC market, which doesn't grow that much, Binger said. As such, investors may want to consider waiting for a pullback before buying the stock, in his view.

Why AMD's Coronavirus Impact Could Be Worse Than Intel, Nvidia

Why This Analyst Sees 15% Upside Potential For Nvidia Shares

Shares of Nvidia Corporation (NASDAQ: NVDA), the most valued chipmaker in the U.S., are poised for incremental gains, according to an analyst at Susquehanna Financial Group. read more

Why AMD Is Looking 'Solid' Into The Year-End

Advanced Micro Devices, Inc. (NASDAQ: AMD) shares offer the potential for about 15% upside from current levels, according to an analyst at Piper Sandler. read more