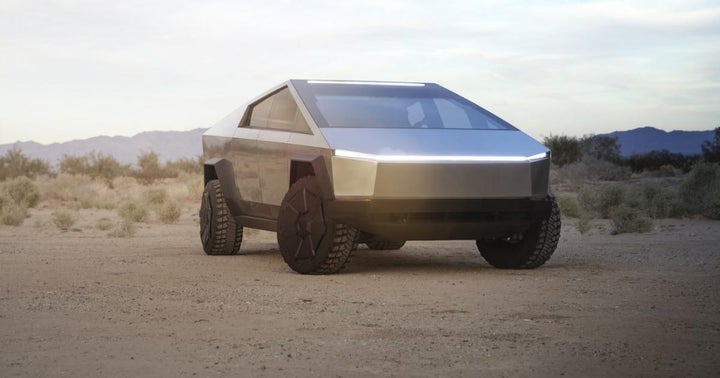 If it's not polarizing, it's probably not coming from Elon Musk and Tesla Inc. (NASDAQ:TSLA).

Tesla watchers once again can't agree, this time on Tesla's new "Cybertruck," unveiled to much fanfare on Thursday night.

"Blade Runner Design Eye Popping," said one sell-side analyst. "Weird … really weird," said another. Some have even compared the Cybertruck to the DeLorean.

The overall reaction from analysts was predictably mixed, ranging from bulls who said the strange design of the new electric truck will boost the company's stock, to skeptics who said it misses the mark for the mainstream truck buyer.

Cowen's Jeff Osborne has an Underperform rating on Tesla with a $190 target price.

The new truck has a "design that looks more like a stealth bomber than a pickup truck in our opinion," Ives wrote in a note. And that's a good thing, he said.

"The Tesla pickup has a steel framework that is impressive and looks more out of a Blade Runner sci-fi movie which will be a hit with the company's fanatic EV installed base globally as Musk & Co. are clearly thinking way out of the box on this model design," Ives wrote.

"While styling will always be subjective, we believe the unique and futuristic design will resonate with consumers, leading to solid demand," he wrote.

Dorsheimer also said the price, just under $40,000 for the 250-mile range truck, "positions the Cybertruck competitively in the middle of the lucrative truck market."

But Cowen's Osborne isn't buying it. And like several analysts, he noted Musk's demonstration gone awry, during which Musk threw a metal ball at the truck's windows to prove their strength – only to see them break.

Osborne said the "Armored Glass fail," could be a metaphor for the whole venture.

"We were still surprised how futuristic he went with this one and believe it may shatter his dreams," Osborne wrote.

See Also: Why Tesla's Cracked Cybertruck Window May Have Been A Shrewd Marketing Move

Loup Ventures Gene Munster and Will Thompson said the vehicle, which won't enter production until 2021, "misses the sweet spot of the truck market," with traditional buyers likely to resist the design.

The whole reveal was classic Tesla, Munster and Thompson noted.

"The Cybertruck’s broken glass demo will capture headlines, but it’s not the real story," they wrote. "The episode captures an important piece of Tesla’s culture: a willingness to take risks in order to change the status quo — and Musk’s spontaneous media approach … backfiring."

Did Tesla Just Prove It Should Trade With A Tech Multiple?

Analysts have debated for years on whether to classify Tesla Inc (NASDAQ: TSLA) as a car company or a technology company. read more