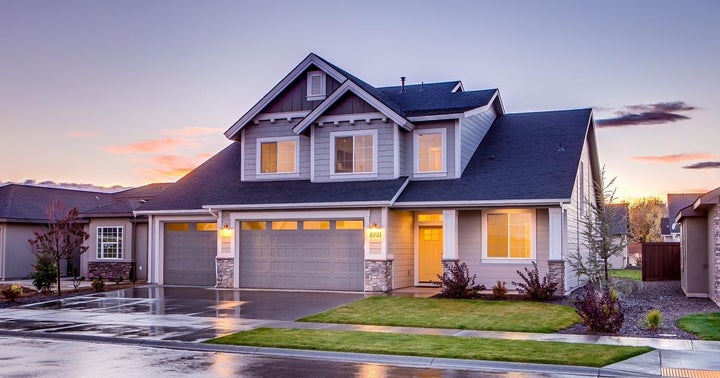 Zillow Group Inc (NASDAQ:ZG) shares soared Friday after reporting a big jump in revenue from its new business in buying and selling homes, but the stock was offering better upside than the houses themselves.

Despite the new Homes segment helping drive revenue growth, it also was pushing Zillow's losses higher, dampening enthusiasm on the sell-side a bit, with one analyst questioning whether the Homes business will ever turn a profit.

The Seattle-based online real estate firm said it bought nearly 900 homes in the quarter, up 80 percent from the previous three months, and tripled its number of homes sold quarter-to-quarter. Quarterly sales overall of $454.1 million were up more than 50 percent from the year-ago quarter and easily beat Street expectations.

The company’s Premier Agent business still was the top revenue source for the company, bringing in $217.7 million. Homes revenue was $128.5 million, which drove the top-line beat. The company reported an operating loss of $45.2 million in the segment.

Benchmark’s Daniel Kurnos noted Zillow beat nearly every metric in the first quarter, driven by the new Homes revenue, which was also guided up 85 percent quarter-over-quarter at the mid-point.

“While the quarter probably won’t go a long way to solving the debate between Homes risk and (its Internet Media and Technology division) trajectory, it should remove a fair bit of negative sentiment and also provide the paths to upside we’ve been calling out,” Kurnos wrote in a Friday note. “It feels like CEO Rich Barton has once again righted the ship for the time being.”

Kurnos has a Buy rating on Zillow, and raised the price target from $45 to $52.

Guggenheim’s Jake Fuller acknowledged the big ramp in Homes, but kept a Neutral rating on valuation he sees as full. Still, he wrote, “we expect an upbeat reaction and think that the bull case may be starting to come into better focus.”

Fuller upped his 2019 revenue estimate from $1.9 billion to $2.4 billion. He also said Guggenheim is now modelling more than 3,300 transactions in Homes, up from 177 in 2018. With that rapid ramp up, Fuller said Guggenheim now sees the potential for $1 billion in revenue just in the home buying and selling division.

But Bank of America Merrill Lynch analyst Nat Schindler said Zillow’s long-term guidance “may be a view through rose colored glasses,” in calling for a doubling of revenue from its Internet Media & Technology unit in three to five years, a metric that would require “significant reacceleration in growth.”

And, Schindler added, “there’s still no evidence Homes can be profitable.” Schindler reiterated an Underperform and raised the price target from $31 to $35.

Zillow Class A shares soared more than 10 percent Friday morning. The stock traded higher by 5.6 percent to $35.52 at time of publication.

Why Zillow Homebuying Halt 'Might Be Beneficial' In The Near-Term

Online real estate listing platform Zillow Group Inc (NASDAQ: Z) is reportedly pausing its iBuying program through at least the end of 2021 after the company purchased more than 3,800 homes in the second quarter. read more

Zillow Soars 20% But Are Analysts Just As Bullish?

Guggenheim Says Zillow's Home Segment Off To 'Strong Start' In 2019