Advanced Micro Devices, Inc. (NASDAQ: AMD) Q4 2015 results will be released after the market closes on Tuesday. The semiconductor company is expecting its Q4 revenue to decline 10 percent, with a non-GAAP gross margin to be nearly 30 percent.

The firm believes that AMD has valuable “foundational patents in processor and graphics.” “We believe that AMD will most likely partner with an OEM or Webscale company where its partner designs its own chip using AMD IP. We believe this type of arrangement will go a long way to driving profitability,” the firm commented in a research note.

AMD currently has $2.26 billion in debt as of the end of the third quarter, flat from the prior quarter.

Over the past year, the company’s new CEO Dr. Lisa Su, has been working to reorganize and restructure AMD and develop a product roadmap and reduce cash burn. The firm noted that the company’s debt may limit their ability to borrow funds in the future, and could also hinder their terms of their borrowings.

“This large debt may also make it difficult for AMD to satisfy their financial obligations and make their scheduled payments,” the firm commented.

Looking forward, the company seeks to “de-risk” its debt maturity, allocate excess cash over 1 billion, reduced interest expense and to reducing its current debt. The company incurred a net loss of $197 million or $0.25 per share for the third quarter compared to a profit of $17 million or $0.02 per share earned a year ago.

AMD’s revenue was $1.06 billion for the latest third quarter, lower than the previous year’s revenue of $1.43 billion. With the advancement of smartphone and tablet technologies, the demand for PCs continues to erode, impacting companies such as Advanced Micro Devices. 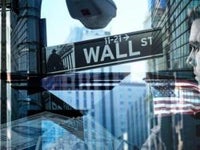 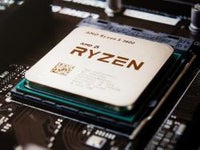