If you’re a market participant, Lumber should be on your radar. The weight of evidence suggests that this market has upside roughly 20% upside from current levels and offers a trade opportunity not correlated to US equities.

Lumber has been in a structural downtrend since breaking down from a symmetrical triangle in early 2015. The decline continued throughout the year, with prices putting in a failed breakdown and bullish momentum divergence at long-term support near 215. After confirming the failed breakdown by closing back above the May 2015 lows, prices consolidated for 5 months and have now broken out above a multi-year downtrend line. 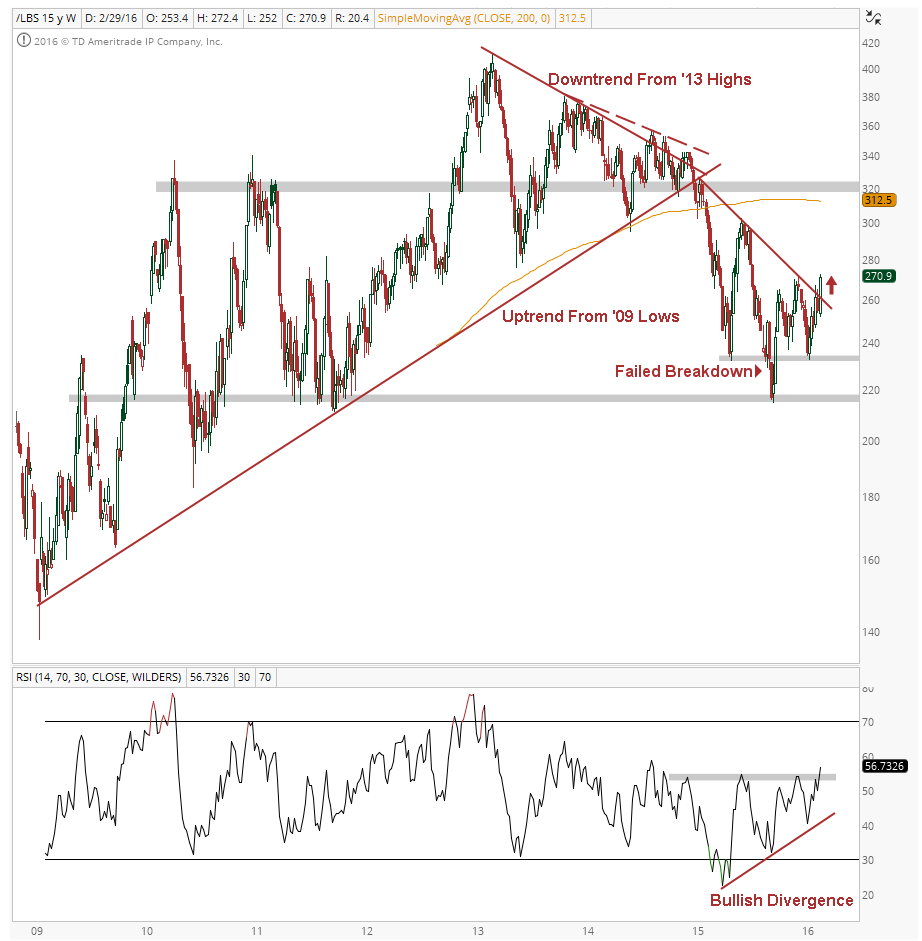 As long as prices are above the downtrend line from the December 2014 highs, it remains appropriate to approach this market from the long side. This breakout has room toward prior support near 315-325, but will have some tactical targets along the way.

The daily chart provides a more tactical view of this breakout. In late February prices broke out above the downtrend line from the December 2014 highs, retested the breakout area, and closed above the top of the range outlined in gray. 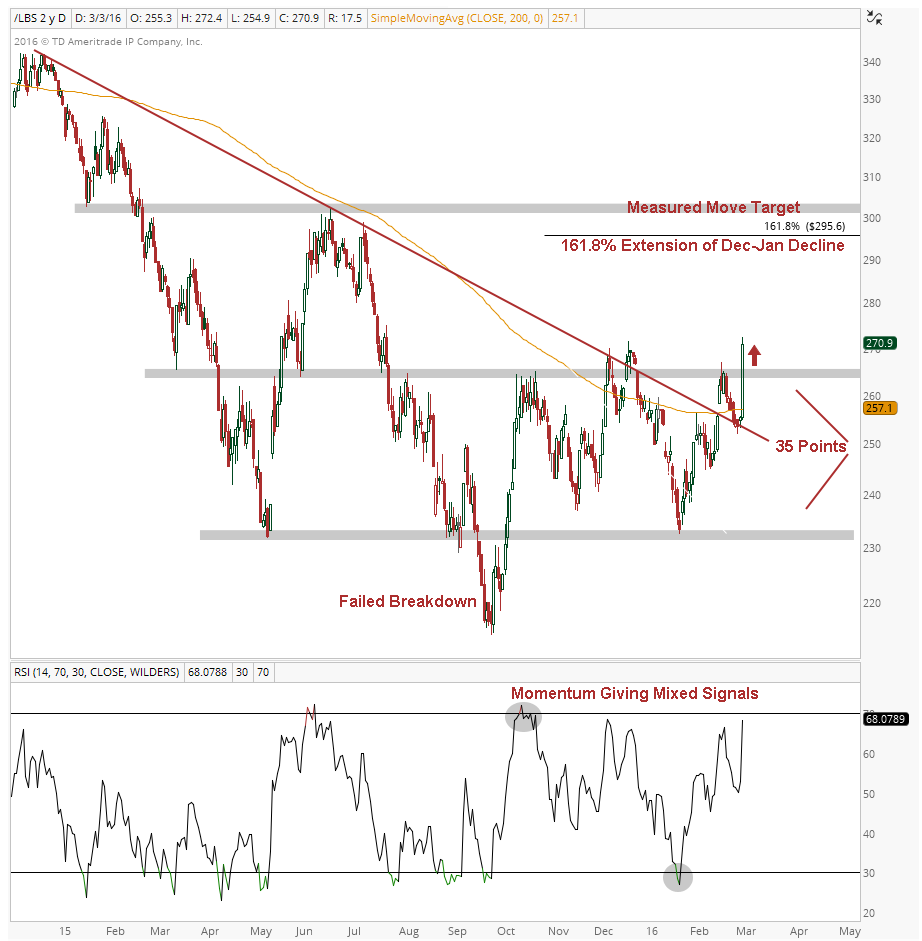 Despite momentum giving mixed signals, the 200 day moving average is now rising and should support higher prices. Longs can trade against the breakout area of 263 and look to take profits near 295-300. This area represents the 161.8% extension of the December-January decline, the measured move target of the October-February range, and prior support.

The Bottom Line: Whether approaching this from a structural or tactical perspective, the risk is well defined and the risk/reward is elevated.

From a structural perspective, I only want to be long above the downtrend line from the December 2014 highs and would be looking to take profits at prior support near 315-325. This represents roughly 16-20% upside from current levels.

From a tactical perspective, I only want to be long above prior support / resistance at 263-265 and would be taking profits near 295-300. This represents roughly 8-11% upside from current levels.

Either way, longs want to see this breakout accelerate with momentum hitting overbought conditions in the coming days / weeks.

When an issue has an extraordinary move in either direction on an earnings report, the price action just before the report and the day of the print are interesting to follow. With that being said, Plug Power Inc (NASDAQ: PLUG) is the PreMarket Prep Stock of the Day. read more