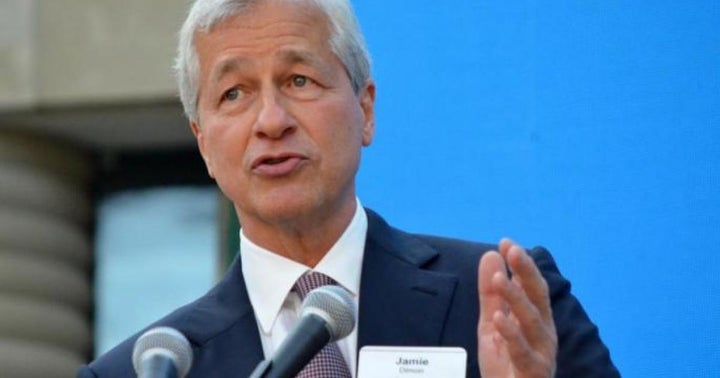 Besides the quadruple witch expiration on Friday, the main focus of the market this week is the Federal Reserve Bank meeting on Wednesday.

Investors are anxiously awaiting whether or not Jerome Powell is finally willing to address the threat of higher inflation and begin to hike interest rates or at least temper the massive inflows of cash to the markets.

The sector most sensitive to rising and falling interest rates is the banking sector. Therefore, the recent price action in JPMorgan Chase & Co. (NYSE:JPM) makes it the PreMarket Prep Stock Of The Day.

Recent Price Action: Based on the recent price action in the issue, the Street doesn't think a rise in rates is imminent; if so, the issue would be going in the opposite direction. The issue made its all-time high on June 2 ($167.44) and posted its all-time closing high on June 4 ($166.44).

Banks Stance On Rates: On Monday during a press conference, CEO Jamie Dimon made it clear the bank is “effectively stockpiling” cash instead of buying Treasuries or other investments of that nature. The primary reason being because the potential of higher inflation will force the Federal Reserve to boost interest rates sooner than they had anticipated.

Moving Forward: Since it's impossible to predict exactly what the Federal Reserve will do now or in the future, it's difficult to base the future price of the issue based on any of those assumptions.

However, the issue can be analyzed from a technical perspective. One thing for certain is that the losing streak will come to an end. Based on its prior price action from mid-January, the issue did have an eight-day losing streak falling on a closing basis from $141.17 to $127.86 and then turned higher in five of the next sessions.

Any rebound will now be met with sellers, however, either long-term investors who are looking to redeploy their assets or from late buyers to the rally looking to scratch or eke out a small profit. Monitoring the velocity of the rebound will give some indication of whether or not it's a dead cat bounce.

Based on the daily lows in the issue, the next major area of support area would be in the $150-$153 area. The reason being, the issue posted seven consecutive lows in that area from April 26-May 4.

The discussion on JPMorgan and the upcoming Fed meeting from Tuesday’s show can be found here:

'Extreme Measures Of Sentiment': Stock Market Update For The Week Ahead

The Past Week, In A Nutshell What Happened: In an extension of the sharp rotation out of safety on a sustained economic rebound after the COVID-19 coronavirus pandemic, stretched sentiment propelled stocks to record closing highs. read more

'Continued Economic Rebound': Stock Market Update For The Week Ahead

The Past Week, In A Nutshell What Happened: Last week ended positive alongside vaccine optimism and a retail sales beat. read more

What You Need To Know This Week In Options

The stubborn elevated implied volatility across the major indices finally fell a bit at the end of last week with the VIX dropping from 29 to 25. That means slightly narrower expected moves into earnings season. Earnings kicks off tomorrow morning with Citi, JP Morgan and Johnson & Johnson. read more

'Natural Period Of Consolidation': Stock Market Update For The Week Ahead

The Past Week, In A Nutshell What Happened: Last week ended negative with mega-cap and technology stocks regaining strength into week-end. read more