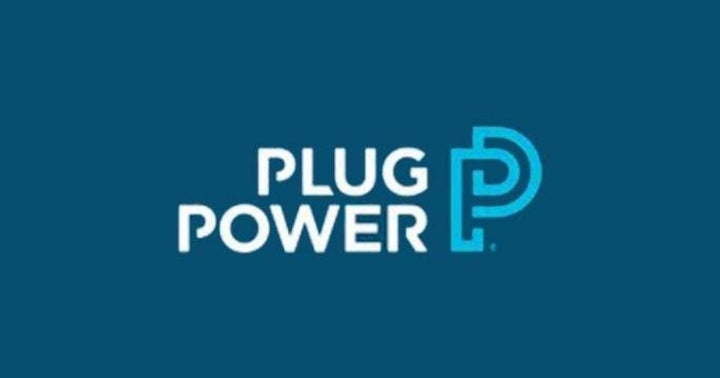 Plug Power Inc (NASDAQ:PLUG) and Ballard Power Systems Inc (NASDAQ:BLDP) have been in downtrends since hitting all-time highs on Jan. 26 and Feb. 9, respectively.

The two fuel cell developers and manufacturers were boosted after President Joe Biden’s inauguration and executive order that returned the U.S. to the Paris Climate Accord. After a three-month-long downtrend, Plug Power and Ballard Power look set to change course.

The Plug Power Chart: After sideways consolidation near all-time highs, Plug Power dropped into a falling wedge that has been holding it down ever since.

Consistently putting in lower highs and lower lows, Plug Power is trading below both the eight-day exponential moving average (EMA) and the 21-day EMA, which is bearish.

The overall pattern of a falling wedge is seen as bullish with an apex of April 21. The stock could make a bullish move out of the wedge soon.

Bulls want to see a bullish break of the wedge and could then see the stock trade into the gap it left behind March 17 in the $40 to $42 range. Bears want to see Plug Power’s stock lose support at $28.80 and retest the lower support level at $22. 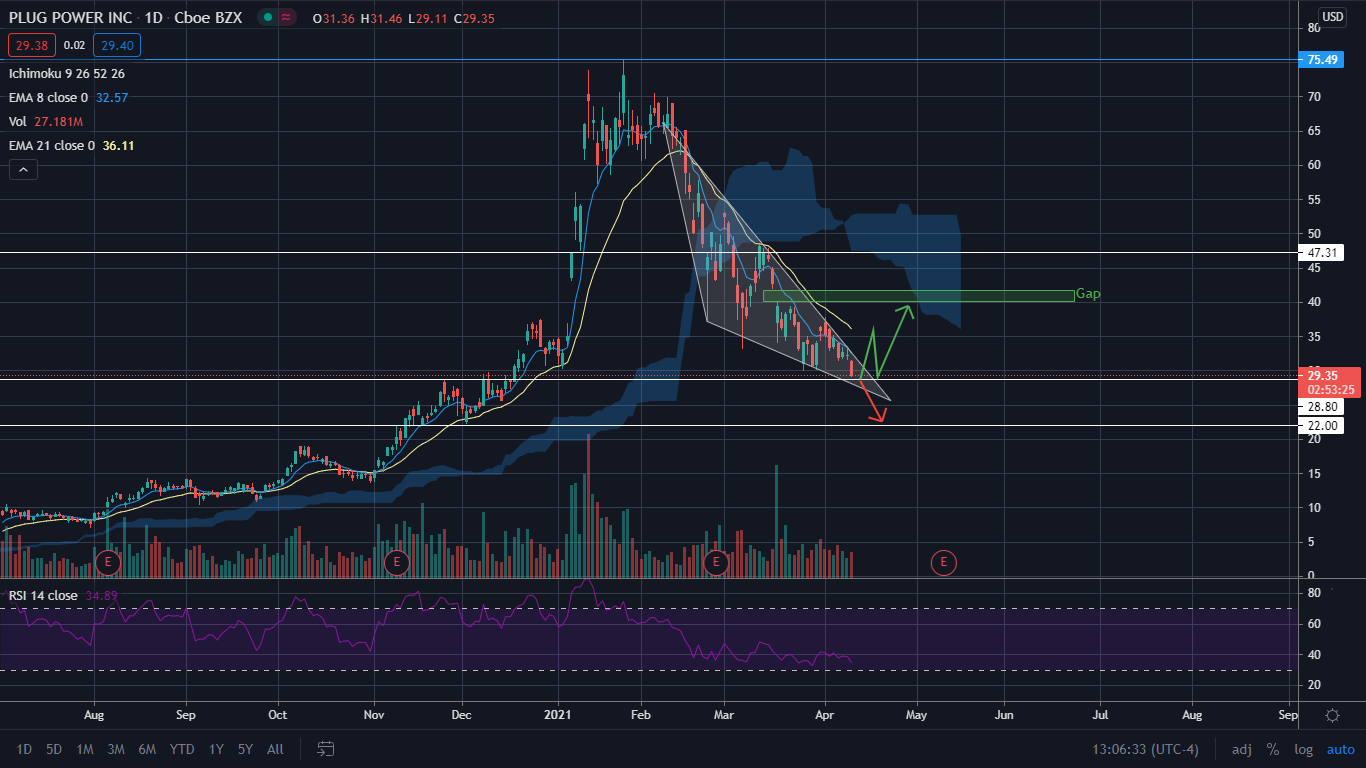 After retracing over 50% in only 17 trading days, the stock has traded sideways and settled into what could be a bullish inverted head-and-shoulders pattern above support at $21.58.

If Ballard Power holds support and completes the right shoulder of the inverted head-and-shoulder pattern, bulls could see the stock rise to its next resistance level at $25.40.

If it can break through that level, the stock has room to move up to the $30 range. Bears want to see Ballard Power lose the $21.58 support level, which could see the stock retrace back to 2020 prices. 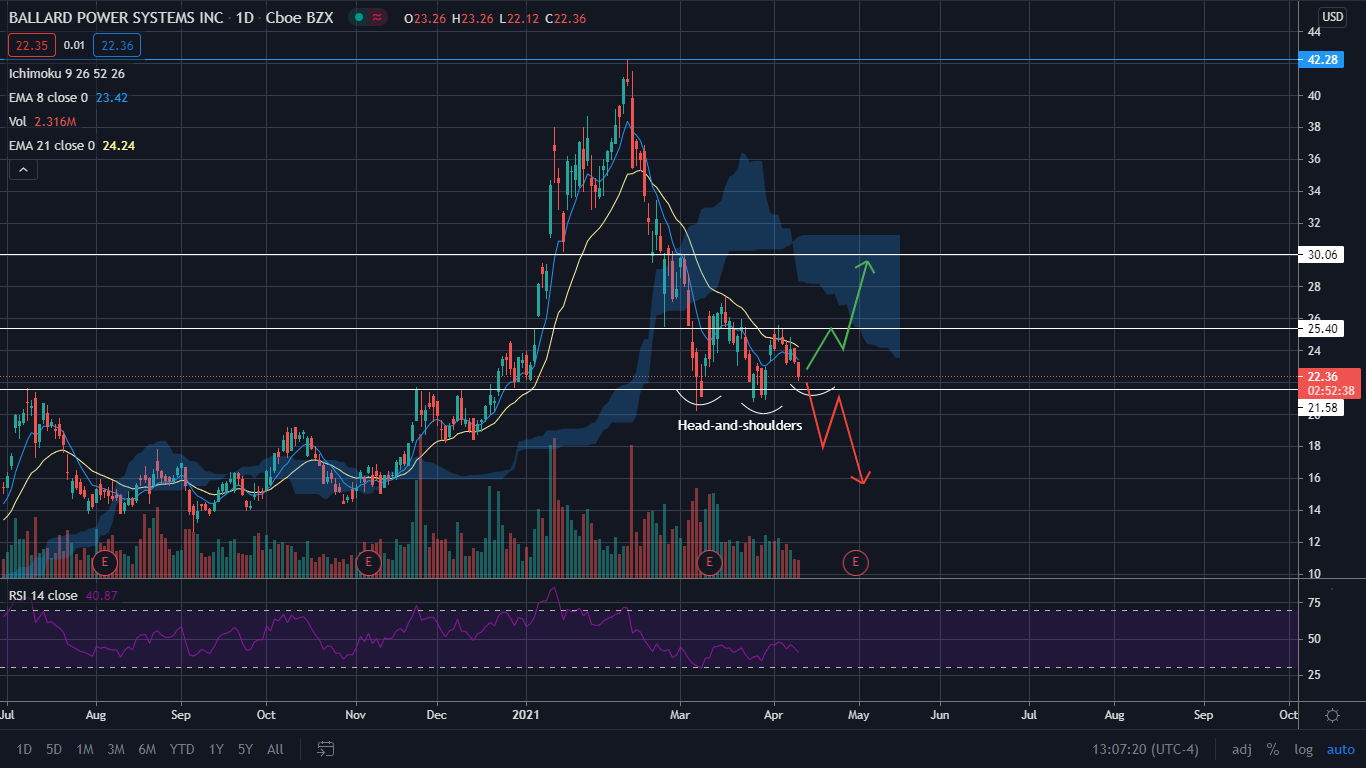