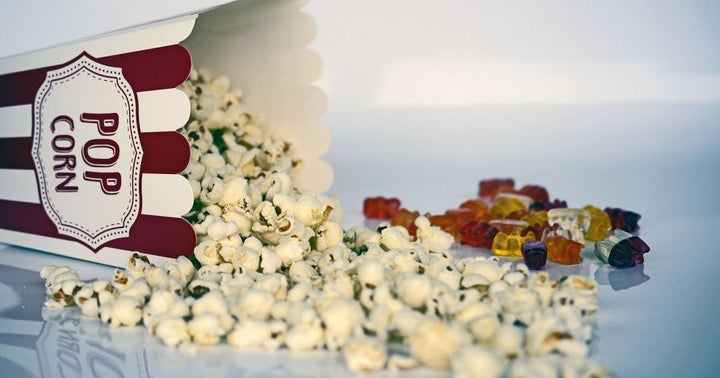 AMC Entertainment (NYSE:AMC) has been one of the most talked about stocks this week — and is part of an industry suffering from the COVID-19 pandemic.

The company has a No. 1 or 2 market share in 15 of the top 50 largest U.S. markets, including New York City, Los Angeles, Chicago, Philadelphia, San Francisco, Atlanta and Dallas.

About Cinemark: Cinemark Holdings Inc (NYSE:CNK) is the third-largest movie theater chain in the United States.

The company has a total of 533 movie theaters and 5,974 screens around the world.

Major Differences Between AMC, Cinemark: One major difference is the geographical makeup of AMC Entertainment versus Cinemark.

Both companies have a large presence in the U.S., with AMC having 636 theaters and 8,094 screens. The company has a presence in 44 states, and 52% of the U.S. population lives within 10 miles of an AMC movie theater.

AMC has a dominant position in Europe ,with 368 theaters and 2,947 screens. AMC is the leader in screens in both the United States and Europe.

In the United States, Cinemark has 331 movie theaters and 4,517 screens across 42 states.

Cinemark is the dominant movie theater in Latin America, with 202 theaters and 1,457 screens across 15 countries in the region. Cinemark has theaters in 13 of the top 20 metropolitan areas in South America.

AMC, Cinemark Financials: AMC Entertainment had revenue of $5.5 billion in fiscal 2019, which was made up of $3.3 billion from admissions and $1.7 billion from concessions.

The company’s total revenue has grown in each of the last five fiscal years.

AMC had a loss of $905.8 million in the third quarter and has a net loss of $1.32 billion through the first nine months of the current fiscal year.

AMC recently sold 63.3 million shares for $305 million in proceeds to help with its funding to get through the pandemic.

Cinemark had revenue of $3.3 billion in fiscal 2019, which was made up of $1.8 billion from admissions and $1.2 billion from concessions. The company’s total revenue has increased in each of the last five years.

Third-quarter revenue for Cinemark was $35.5 million. The company had 1.9 million visitors in the third quarter. Cinemark has reported a net loss of $377.6 million over the first nine months of the current fiscal year.

AMC, CNK Stock Action: AMC Entertainment shares have been active this week, with shares hitting highs of $20.36 after weeks of trading under $5.

Cinemark shares have fallen over 31% in the last year and have not been part of the week’s rally that AMC enjoyed.

Cinemark shares were over $30 in March and now trade close to $20. Over the last five years, shares of Cinemark are down 25%.

Benzinga’s Take: It’s hard to ignore the investor interest in AMC Entertainment. The company is a well-known brand that has been pressured during the pandemic and with a high debt load.

The recent funding and loyal fans could help the stock continue to recover post pandemic.

Cinemark has lower revenue but has also seen a lower net loss during the pandemic. The company’s strong presence in the United States and South America and lower financial risk going forward could make Cinemark a better bet.

Both movie theater chains face risk from the shift of consumers streaming movies at home and taking less trips to theaters.

This Reddit Stock Looks Ready To Break Out Soon

The QQQ, SPY And DIA All Soared Today. Here's Why.

The Invesco QQQ Trust Series 1 (NASDAQ: QQQ) had another impressive day of trading Thursday, the fund seeing gains of 1.52% and finishing higher at $341.61. read more