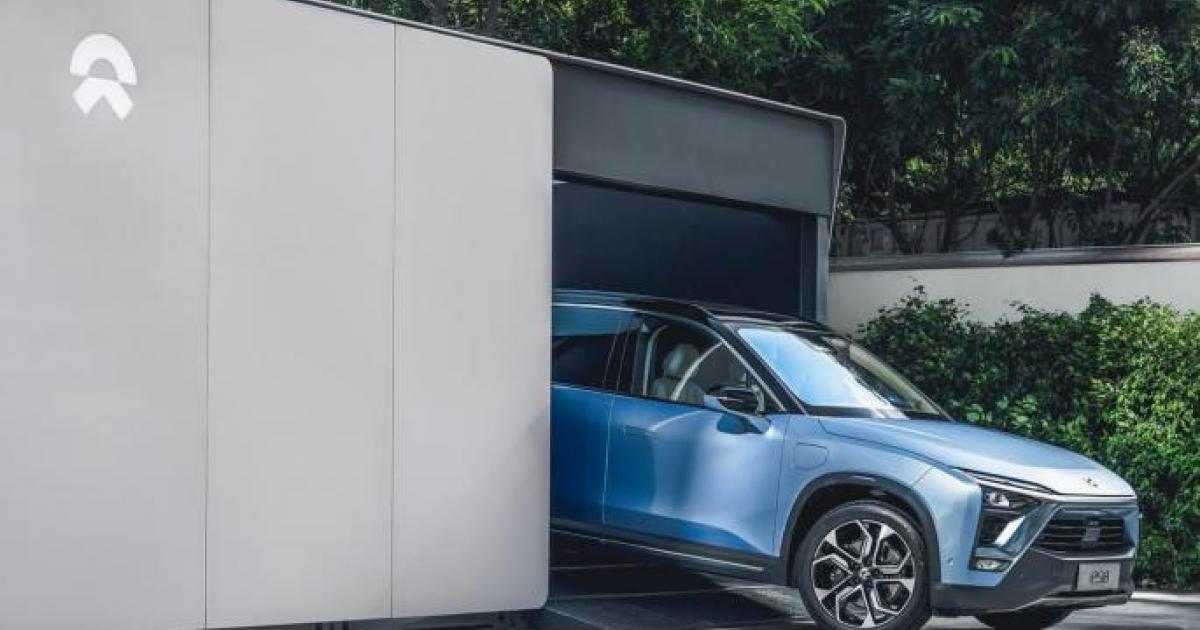 Chris Camillo, founder of TickerTags and cohost of DumbMoneyTV, has made an impressive return throughout the years with social arbitrage trading. He's now invested in Nio (NYSE:NIO), one of the hottest electric vehicle stocks, thanks to members of the DumbMoneyTV Discord channel.

The Nio Research: DumbMoneyTV hosted an episode Monday night that analyszed the case of investing in Nio. The discussion featured two members of the DumbMoney community that had done extensive research on Nio.

“I was late to read your research,” Camillo said.

Some of the DumbMoney research came from translating Chinese reviews of Nio, which showed a strong following and positive reviews for the company and its products: “That’s why I bought it," Camillo said.

Camillo said the Discord DumbMoney group has made him over $4 million in 2020.

What Sets Nio Apart: The basic thesis brought about Nio in the DumbMoney community was the Chinese electric vehicle market is huge, Nio is going to expand beyond China, it offers a battery as a service model, China is pushing for clean energy and social signals show Nio as a winner.

While Nio doesn’t manufacture its own cars, the discussion hit on Nio owning the technology and partnering with a major player in the Chinese market. Nio has over 1,400 patents, with most related to battery technology.

Nio is targeting the higher-end market and not worried about having the lowest price, according to the research.

The battery technology was a major component of the discussion with battery stations a major plan for the company. Nio offers users the chance to drive into a box and swap out their battery in three to five minutes.

The DumbMoney team compared this to a gas station like model, despite Nio being an electric vehicle company.

Nio Vs. Tesla: Camillo considers himself a Tesla Inc (NASDAQ:TSLA) fanboy and said this trade reminds him of an “early-stage Tesla.”

Similar to Tesla, Nio has strong consumer awareness and a cult-like following and even has its own fashion line.

Camillo spoke on Tesla getting strong support from the Chinese government and its electric vehicle aspirations in the country. China wants to own the EV market.

“China and Tesla will be building models we don’t even see here [in the U.S.]," said Camillo

The Nio Trade: Camillo recently purchased Nio shares. He said he is up over $175,000 on the trade and would have been up more if he listened to the community sooner. He plans to hold his $450,000 investment in Nio for now, calling it a “low conviction trade in a sector I love.”

Co-host Dave Hanson said he might buy some Nio and hold it for a long period of time similar to his Tesla position.

"Nio has the potential to be one of those stocks I stick with," Hanson said.

Plenty of electric vehicle stocks and related exchange traded funds are soaring this year, a charge led in large part by the likes of Tesla (NASDAQ: TSLA) and Nio (NASDAQ: NIO). read more

With the Chinese electric vehicle stocks rallying hard in 2020, investors are jittery over the scope for further upside. The stocks have pulled back recently, and an analyst at Daiwa Securities said it may be time to take profits. read more