Big Bets On A Brazilian Bounce 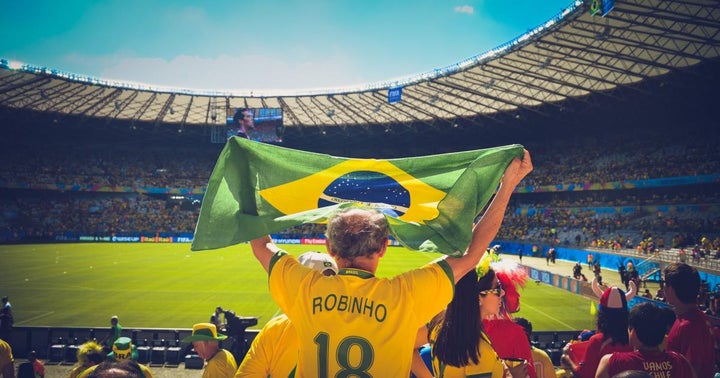 The often tempting and volatile MSCI Brazil 25/50 Index, one of the most widely followed gauges of Brazilian equities, is higher by 5.45% this week and it looks some traders perfectly timed that rally.

It was an ambitious call to say the least, particularly after the MSCI Brazil 25/50 Index notched a double-digit loss in August, but data suggest traders are embracing the Direxion Daily MSCI Brazil Bull 3X Shares (NYSE:BRZU).

Traders enthusiasm for BRZU comes amid a murky backdrop including the recent Amazon fires and increasing speculation that Latin America's largest economy is on the brink of a recession.

“Actually, there’s more to it than that. Brazil’s economy, No. 8 in the world, refuses to rebound. Gross-domestic-product growth hasn’t hit even 2% since 2013,” according to Barron's. “The government ruined the pension-reform party on July 12 by halving this year’s forecast to 0.8%. Pension reform, assuming the Senate passes it this autumn, may stave off fiscal calamity.”

While the pension reform effort hasn't boosted Brazilian stocks the way many market observers were expecting at the start of this year, BRZU is catching traders' eyes.

For the 10 days ending Wednesday, Sept. 4, the leveraged Brazil ETF hauled in $58.33 million in new capital, more than any other Direxion leveraged ETF over that span, according to issuer data.

Resolution (or something close to it) in the US/China trade battle could boost riskier assets, including Brazilian stocks and there is ample room for Brazil's central bank to lower interest rates, something it is expected to do to firm up the local economy.

Bolstering the case for Brazilian equities could be an effort to sell the government's stakes in state-controlled companies, effectively privatizing those firms.

“Brazil’s Economy Minister Paulo Guedes said on Thursday he will propose selling all the country’s state-owned companies because they are 'dysfunctional' and should be privatized to improve the government’s finances,” according to Reuters.

Bullish On A Bank ETF

Sarcastically speaking, congratulations are in order for Brazil, Latin America's largest economy. At a time of sagging emerging markets equities, stocks there are performing even more poorly. In fact, Brazilian equities are among the worst in the world this year. read more

A Big Bet On A Leveraged Brazil ETF