How To Play The Global Summer Heat Wave 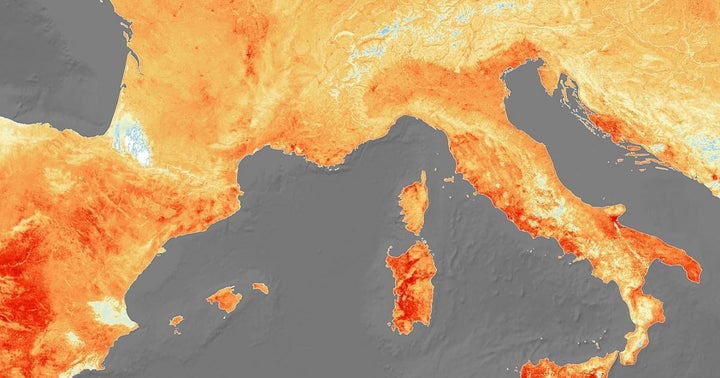 American investors are used to a warm July 4 holiday, but a record-setting heat wave could make this holiday weekend the hottest on record in many places.

The heat wave is already impacting crop prices, but it could be good news for certain stocks as well.

According to AccuWeather meteorologist Ryan Adamson, most areas in the eastern Great Lakes, mid-Atlantic and southern New England regions will be experiencing temperatures in the mid to upper 80s by Wednesday. Adamson predicts the combination of heat and humidity will drive heat indices from Philadelphia to Washington D.C. near the triple digits.

The heat wave hasn’t been confined to the U.S.

The Czech Republic, Germany and Poland have all recorded temperatures exceeding 100 degrees in the past week. Those three nations are among nine countries in Europe enduring record heat.

The heat wave has been particularly bad in France, where a 114.6-degree temperature in Gallargues-le-Montueux is the hottest temperature ever recorded on any day in history.

The heat wave is already having an impact on food prices in the U.S.

Americans who want lettuce on their grilled hamburgers this week will be paying as much as three times more for locally grown lettuce in parts of California thanks to the heat wave.

Churches Brothers Farms reports as much as 30% of its iceberg and romaine lettuce crop has been lost to the heat.

The high temperatures in France could lead to a 10% cut in wheat production, according to CNBC.

Heat waves tend to have the largest impact on staple crops such as wheat, grain and maize. The European Centre for International Political Economy estimates the region impacted by the wave in Europe could lose up to $11.3 billion in crop sales thanks to the heat.

A similar heat wave in the region in 2003 reportedly contributed to 15,000 deaths, and Paris has temporarily shut down more than 50 schools in an effort to keep children safe.

While the heat wave might not last long enough to have any major impact on individual stocks, investors who want to play the theme of rising global temperatures have several potential options.

Looking at alternative energy in general, the INVESCO EXCHANG/SOLAR ETF (NYSE:TAN) is a diversified way to bet on a shift away from fuels that generate greenhouse gasses.

More than half of Ingersoll-Rand PLC (NYSE:IR) revenue comes from its Trane HVAC products, which could get a big boost from demand for air conditioning.

Finally, for investors who believe rising temperatures will eventually create major water shortages in parts of the world, the Powershares Water Resource Portfolio (NASDAQ:PHO) is an ETF that invests almost entirely in the water industry.

Goldman Sachs Warms Up To Solar Stocks In 2019

Photo by the European Space Agency via Wikimedia.

There are going to be three key themes for the coming year, 2021, which will make some ETFs very attractive — something investors should keep an eye on — as per Ned Davis Research’s Senior Portfolio Strategist Pat Tschosik. read more

To say this has been a big week for electric vehicle stocks and the related exchange-traded funds is an understatement. read more