Although the yen has traded slightly higher against the U.S. dollar over the past year, exchange-traded funds, such as the WisdomTree Japan Hedged Equity Fund (NYSE:DXJ) could merit consideration by investors for another reason: Japan's consistent dividend improvement.

Prior to arrival of Abenomics, Japan spent decade as one of the lowest-yielding developed markets as the country's famously tightfisted companies stockpiled cash rather than increase shareholder rewards. Fortunately, Abenomics has ushered in a new era of dividend growth for Japanese stocks. These days, the $8 billion DXJ sports an impressive distribution yield of 3.44 percent.

“Aggregate dividends from Nikkei 225, one of Japan’s benchmark indices, are on track to reach multi-year high of JPY 8.2 trillion in 2017,” Markit said in a recent note. “On the back of favourable tailwinds stemming from a robust economic outlook and weak Japanese yen, we are expecting the positive momentum to continue through 2018, and are forecasting dividends to grow by another 9.6 percent to around JPY 9 trillion in 2018.”

Due to the aforementioned history, or lack thereof, when it comes to Japan and dividends, not many ETFs focus on Japanese dividend payers. But DXJ's underlying index, the WisdomTree Japan Hedged Equity Index, only holds dividend-paying stocks listed on the Tokyo Stock Exchange. That gives the fund some more than adequate leverage to the theme of rising Japanese payouts.

“At least a quarter of the companies deviated from their guidance in 2015, 2016 and 2017, and we observed that more than 90 percent of these deviations were attributed to higher actual dividends paid,” said Markit. “The majority of the deviations from guidance were found to be within the margin of 20 percent on a per-share basis.”

DXJ is highly levered to Japan's export prominence as highlighted by a more than 48 percent combined weight to the export-heavy consumer discretionary and industrial sectors. Technology is the ETF's third-largest sector allocation at 13.2 percent.

For investors considering an ETF like DXJ, the good news is that most of the guidance pertaining to Japanese dividends is positive.

Getting Tactical With China ETFs

Why This Commodities ETF Will Soar 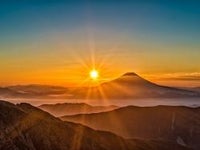 Deep Value In The Land Of The Rising Sun

A Compelling Catalyst For Japan ETFs