Deutsche Asset Management, the asset management and exchange-traded funds arm of German banking giant Deutsche Bank AG (NYSE:DB), is bringing some fresh looks to some of its ETFs while lowering fees on three funds.

On Friday, Deutsche AM will introduce the Xtrackers Germany Equity ETF (BATS: GRMY), which will replace the Xtrackers MSCI Italy Hedged ETF (NYSE:DBIT). The new Germany ETF will charge 0.15 percent per year, or $15 on a $10,000 investment. That is a third of the expense ratio on the Italy ETF.

The Xtrackers Eurozone Equity ETF (BATS: EURZ) also debuts on Oct. 27, replacing the Xtrackers MSCI Southern Europe Hedged ETF (NYSE:DBSE). The new eurozone ETF will also have an annual fee of just 0.15 percent, down from the 0.45 percent charged by DBSE.

With an annual fee of 0.15 percent, EURZ sports an expense ratio that is less than a third of what is found on the iShares MSCI Eurozone ETF (BATS: EZU) and barely more than half the fee on the SPDR EURO STOXX 50 (NYSE:FEZ).

“PN seeks to track the JPX-Nikkei 400 Total Return Index, a benchmark consisting of 400 Japanese securities that pass a rigorous screening process,” according to Deutsche AM. “The index uses indicators such as return on equity, cumulative operating profit, and market capitalization to select high-quality, capitally-efficient Japanese companies.”

A Country Addition For This ETF 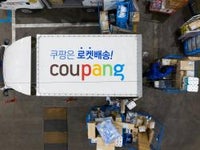