Putting Some Spice In The Consumer Staples Trade

The iShares Global Consumer Staples ETF, as its name implies, is a global ETF, not an international fund. That means the ETF holds both U.S. and international staples names. KXI, which is nearly 11 years old and tracks the S&P Global 1200 Consumer Staples Sector Index, allocates 53.3 percent of its geographic weight to the U.S.

That means investors in KXI are getting robust exposure to familiar U.S. staples names such as Dow components Procter & Gamble Co (NYSE:PG) and The Coca-Cola Co (NYSE:KO). Those venerable staples stocks are two of KXI's top five holdings and combine for nearly 11 percent of the ETF's weight.

However, the ex-U.S. exposure is a difference maker for this ETF in 2017. Year-to-date, KXI is up 12.6 percent, an advantage of 500 basis points over the US-focused Consumer Staples Select Sector SPDR (NYSE:XLP). KXI has also been slightly less volatile this year than XLP, the largest consumer staples ETF by assets.

The U.K., Switzerland and the Netherlands are three of KXI's four largest country weights after the U.S. That trio of countries are home to some large- and mega-cap staples stocks that trade in New York. While KXI's geographic mix is rewarding investors to this point in 2017, investors should be mindful of the potential currency risk with an ETF like this.

For investors looking for conservative sector-level exposure with some international diversity, the time could be right to consider KXI. Historical data suggest the staples sector performs admirably over the next few months of the year.

3 Staples ETFs For The Month Of May 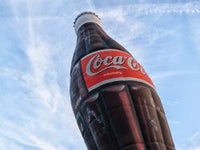 Is It Time To Buy Coca-Cola Stock?

If shares of Coca-Cola Company (NYSE: KO) reach $54.50, there’s a good chance they rebound. There will probably be support at this level. read more 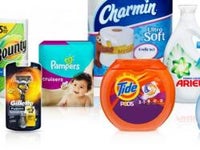 3 Stocks That May Breakout This Week 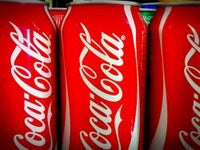 \The technology sector has been melting down and lot of the money coming out of it is going into more conservative stocks. read more 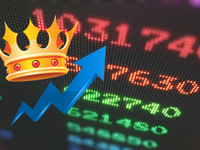