A Better Way To China

With approximately 300 exchange-traded funds offering exposure to China in some form or fashion, it can pay for investors to consider different approaches to the world's second-largest economy. Enter the KraneShares Zacks New China ETF (KraneShares Trust (NYSE: KFYP)).

KFYP "invests in publicly traded China-based companies whose primary business or businesses will be important in the Chinese government's current Five-Year Plan," according to issuer KraneShares.

KFYP's name implies the fund is based on concepts that would make Chairman Mao smile, but in reality, the new ETF is more than 52 percent allocated to the technology and discretionary sectors. Remember, avoiding Chinese banks can be a good idea.

After transitioning to a new index a few months ago, KFYP is pioneer among smart beta China ETFs.

“Smart beta is an investment style where a manager passively follows an index designed to take advantage of perceived systematic biases or inefficiencies in the market. Smart beta funds typically offer the low cost of a passive ETF, while potentially enhancing returns compared to the performance of a target general market (beta),” according to KraneShares.

While traditional China ETFs are dominated by large- and mega-cap names often hailing from the energy, financial services and materials sectors, which are often chock full of state-run enterprises, KFYP eschews that strategy with an eye toward China's economic future. KFYP is also more diverse in terms of cap exposure as the ETF is home to large-, mid- and small-cap names trading in Hong Kong, mainland China (A-shares) and New York.

Sectors found in KFYP are “expected to benefit from the plan are evaluated and the stocks within each sector are subsequently ranked based on various investment factors, including price, cash flow, free cash flow, momentum and volatility. Based on the foregoing, the top 40 stocks are included in the fund's holdings,” added KraneShares.

China has 22 percent of the world's internet users, according to KraneShares data. That is more than double the amount found in the U.S. and at the end of last year, China's e-commerce market was worth $590 billion, making the $324 billion U.S. e-commerce market seem paltry by comparison. Those data points demonstrate the utility of KFYP as a core or satellite holding for long-term China exposure. 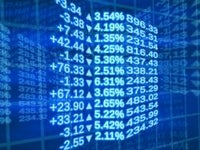