The group certainly includes the Global X MSCI Norway ETF (Global X Funds (NYSE: NORW)), the first ETF dedicated to stocks in the AAA-rated Nordic economy. While NORW is not moving in lockstep with BNO (the Norway ETF is up 9.2 percent year-to-date), NORW's 2016 upside underscores the advantages and drawbacks of its sensitivity to Brent prices.

This year, Brent is a blessing for NORW. Look at the iShares MSCI Sweden Index (ETF) (NYSE: EWD). Sweden is not a big oil producer like Norway is, and EWD is off a third of a percent this year.

NORW: What To Consider

There are important points to consider with NORW.

“The first one is that of all the petro states in the world, geopolitically Norway is by far the most stable. It’s the richest. It’s the most politically stable. In an era of heightened geopolitics, that’s an attractive characteristic of that market,” said RiverFront Investment Group Director of International Portfolio Management Chris Konstantinos in an interview with Global X.

NORW's standard deviation of 19.6 percent is high compared to some developed market ETFs, but since coming to market nearly six years, NORW has been less volatile than other single-country ETFs tracking major petro states, including Russia funds.

NORW reflects Norway's oil exposure. The ETF allocates nearly 28.8 percent of its weight to the energy, 870 basis points more than it devotes to its second-largest sector exposure, financial services. State-run Statoil ASA(ADR) (NYSE: STO) is NORW's largest individual holding at a weight of 15.3 percent, or 560 basis points more than NORW allocates to its second-largest holding.

“The second point I’d like to make is that in a Europe where more than half of sovereign debt is at negative interest rates, the dividend yields on Norwegian stocks are highly attractive. If you think that the currency can stop going down because of increased stability in the emerging world and with the dollar, if you think that the dividend yields are highly attractive, if you think that it’s got the kind of correlation to energy that you’re looking for but without geopolitical risk, and on top of all of that, it’s trading cheap relative to its own history, then Norway looks like a very attractive place to invest,” added Konstantinos in the Global X interview. 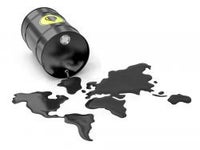 Here's Why Diamondback Energy Could See 38% Production Growth Next Year