With Europe ETFs, Sometimes It Pays To Stay Local

Investing in European equities and exchange traded funds has been tricky this year. The European Central Bank (ECB) has yet to give demanding investors something to really cheer and with the Federal Reserve still sounding dovish tones, the dollar's upside against the euro is seen as limited, at least for now.

With those scenarios in mind, emphasizing the recovery at the local level in various Eurozone economies could prove rewarding. That mission can be accomplished with the WisdomTree Europe Local Recovery Fund (NYSE: EZR).

Data indicate that in the days immediately following the ECB's most recent announcement, it was sectors with local leveraged that performed the best, including financial services and utilities stocks. There is even talk Eurozone banks could be prompted to boost lending.

“If this happens, the pickup in loan growth in Europe could create a desire for greater exposure to European Financials. One interesting tool to generate that exposure could be the WisdomTree Europe Local Recovery Fund (EZR), which had greater than 30% exposure to Financials as of March 17, 2016,” according to a new WisdomTree note.

EZR follows the WisdomTree Europe Local Recovery Index, which "is designed to provide exposure to European companies that are most sensitive to economic growth prospects in the Eurozone and that derive more than 50% of their revenue from Europe," according to WisdomTree.

France and Germany combine for over 52 percent of EZR's geographic while Italy is the only other country to garner a double-digit weight at 14.7 percent. In order, Germany, France and Italy are the Eurozone's three largest economies.

EZR devotes nearly 30 percent of its weight to PIIGS countries, but the ETF features no exposure to Greek stocks.

“What we saw on March 10 from the ECB and earlier this year from the BOJ is that global central banks are doing whatever they can to influence markets. It is truly amazing to see that both are employing negative deposit rates. Over time, we will have to see how market dynamics are influenced, and we hope that the fiscal side of the equation can ultimately make its appropriate contribution, taking some of the pressure off monetary policies to carry the full load,” adds WisdomTree. 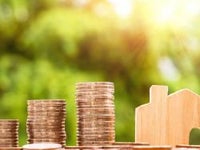 A New ETF Gets Active With Mortgage-Backed Securities 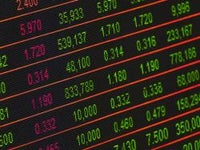 Make A Platform Push With This New ETF