Following a more than decade long nuclear dispute, Iran, the United States, and number of world powers appear to have reached common ground last week. The agreement is an outline that puts the countries on track to completing a final deal within three months time.

To date the negotiations have taken about 18 months and the European Union’s foreign policy chief, Federica Moherini stated that the recent headway is a “decisive step” in managing a temperamental Iran. Additionally Barack Obama stated that there was a “historic understanding” that will stop Iran from obtaining nuclear weapons.

The completed deal is expected to see Iran reduce its Uranium stockpile by 98% for 15 years and limit its enrichment capacity in exchange for the European Union lifting economic sanctions that have greatly hindered Iran’s economy. The United States will also be lifting many sanctions once Iran’s accordance with the agreement is confirmed.

All the talk about nuclear power has brought a lot of attention to the utility and industrial companies that deal with its production, management and mining of uranium. The best way to capture all of these companies in one security is through an exchange-traded fund.

The Market Vectors Nuclear Energy ETF (NYSE: NLR) provides investors exposure to 53 companies across 11 countries involved in uranium and nuclear energy. The most heavily weighted countries are the United States at 65 percent and Japan at 20 percent. The top individual holdings are Nextera Energy Inc (NYSE: NEE) with an 8.3 percent holding, Duke Energy Corp (NYSE: DUK) making up 8 percent of the ETF, and Southern Co (NYSE: SO) totaling 6.9 percent. NLR is down 2 percent over the last 12 months, down 1 percent over the last six months, and down 4 percent year to date. The nuclear energy ETF has an expense ratio of 0.60 percent. 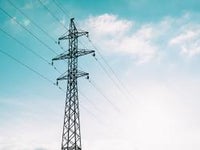 An Appropriate Time To Embrace a Defensive Sector

Traders Have Been Bottom Fishing In This Leveraged ETF