Were King Digital And Zynga Separated At Birth?

The social gaming sector is one of the hottest segments of the economy. Two of the biggest names — Zynga Inc (NASDAQ: ZNGA) and King Digital Entertainment PLC (NYSE: KING) — have much in common at first glance, but a deeper look reveals dramatic differences between the two firms.

First, let’s look at the trend in revenue for these two firms.

King Digital's revenue surge in 2013 is quite similar to Zynga's rapid growth from 2010 through 2012. The main difference is that King's growth was even more dramatic, and reached higher levels much more quickly. 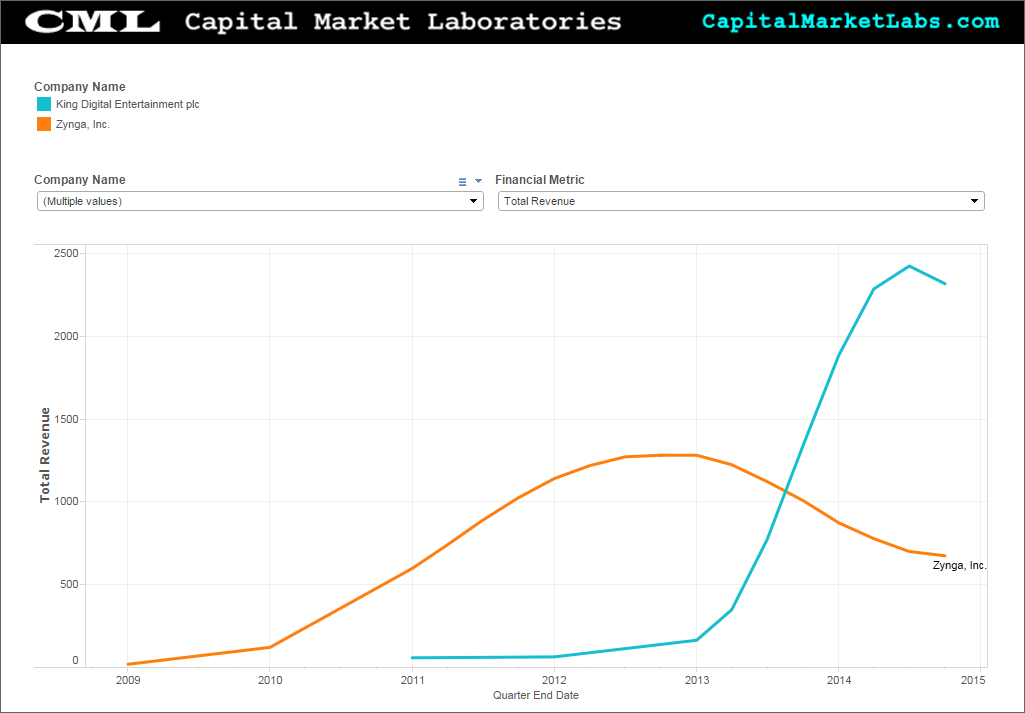 King's revenue may have peaked in 2014, which is bad news if it follows the same path as Zynga, which has seen declining revenue for two years after peaking in 2012.

King and Zynga have also seen their gross margins converge over time, underscoring the apparent similarity in these companies. 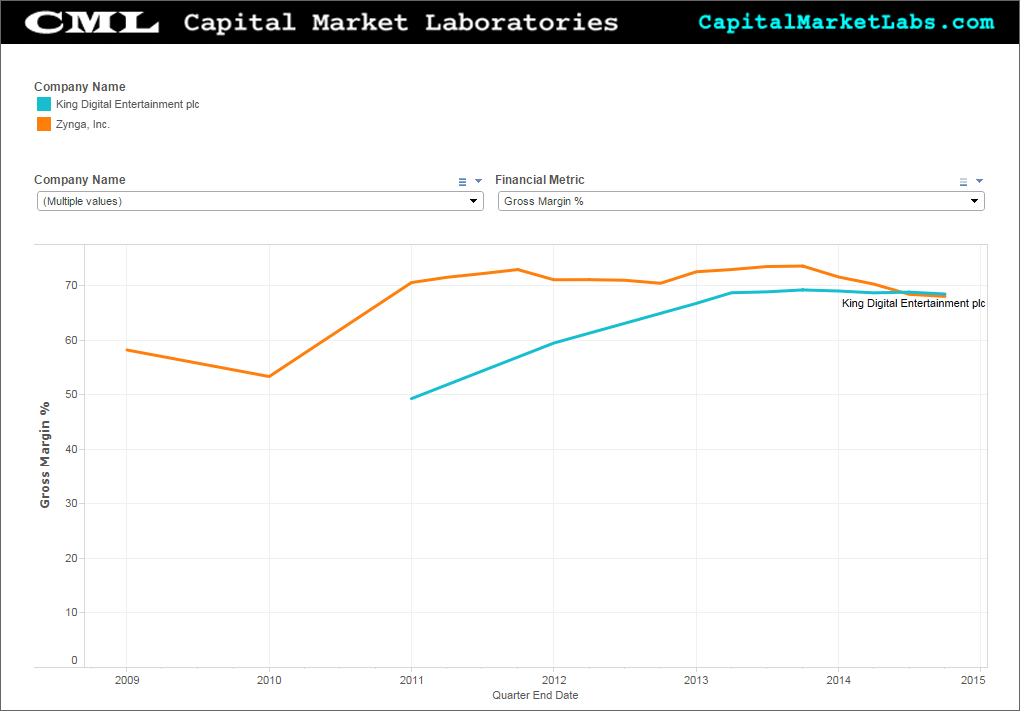 Digging deeper and looking at the bottom line, though, differences begin to appear. Despite similar gross margins, there is a huge variation in net income margin. King has been consistently profitable, while Zynga has rarely been profitable. 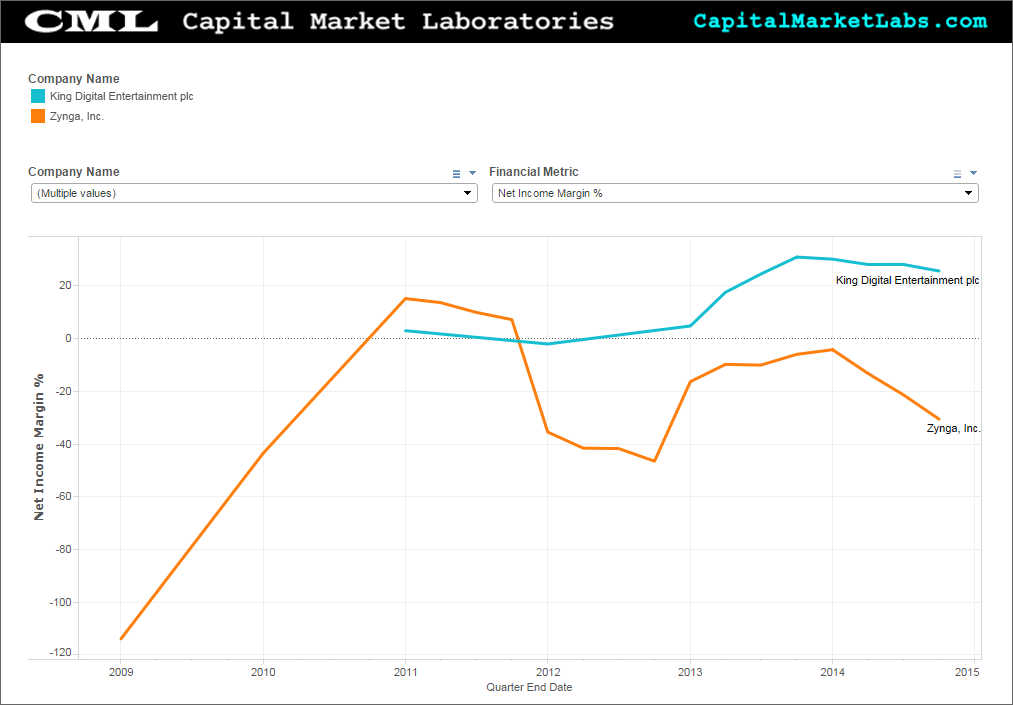 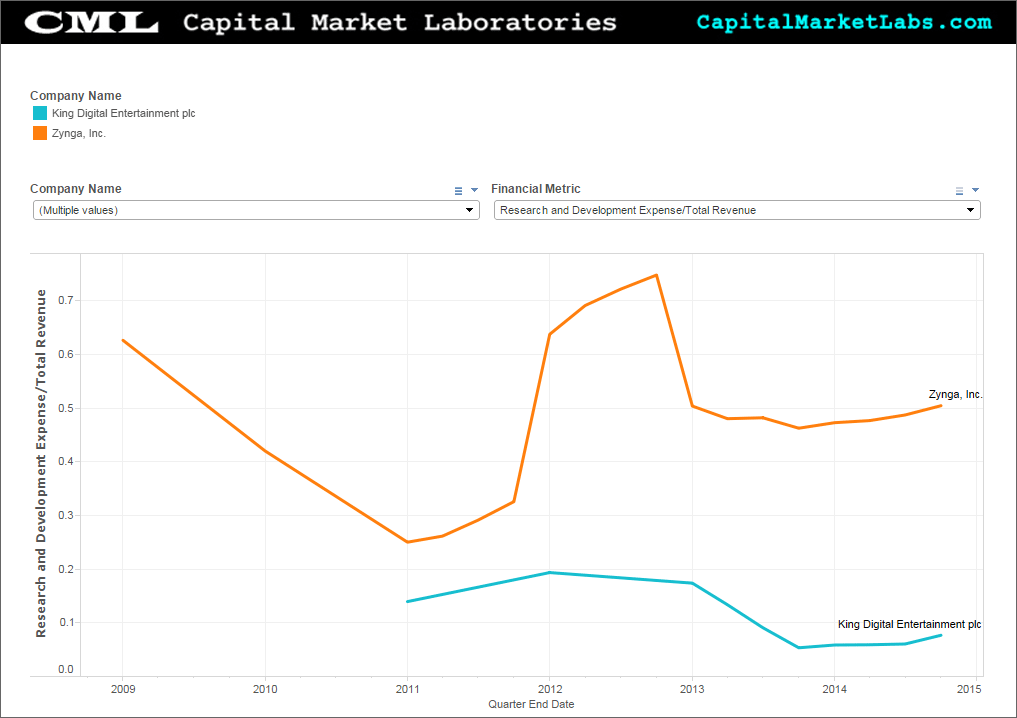 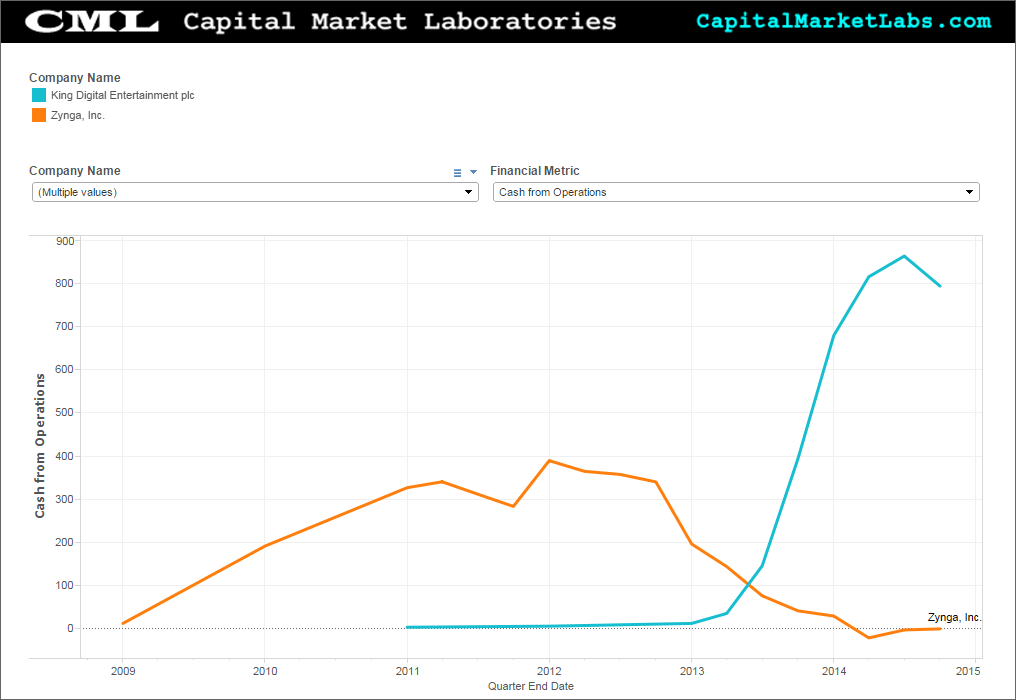 King returns much of this cash to shareholders via dividends; its special dividend paid on October 22, 2014 had a yield of over 3 percent.

Still, the market seems unimpressed. Not only has King's valuation declined since its IPO, but it is substantially lower than Zynga's valuation. 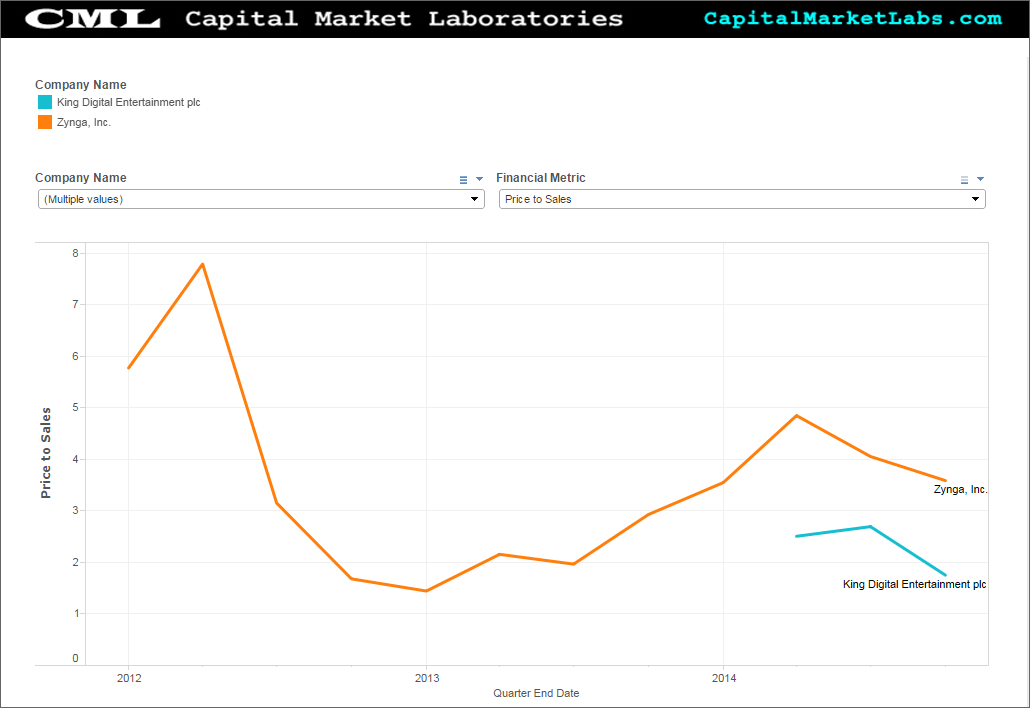 Although King and Zynga are probably the most successful social gaming companies, and share similar gross margins and revenue patterns, they are actually very different beasts. Zynga is spending large amounts on R&D, essentially eschewing profitability in order to fund its wager that previous success can be replicated.

King, on the other hand, seems content to milk its cash cow; modest spending on R&D allows the firm to return substantial amounts of cash to shareholders.

The valuations of these companies reflect these different approaches. King, with its conservative approach, has less upside with a lower valuation. Zynga offers more potential upside if the R&D spending pays off, and its higher valuation reflects that additional upside with added risk.

Cowen: Electronic Arts Not The Favorite, But Set For Big Quarter