3 Stocks to Profit from Increasing Motor Traffic in Asia

In its recent report, "World Energy Outlook," the International Energy Agency predicted the biggest increase in motor vehicle traffic would be from trucks.

That projection is a result of more motor traffic expected in Asia, in the decades ahead. Three publicly-traded companies that should benefit from that trend are Toyota Motor Corp (NYSE: TM), Cummins Inc (NYSE: CMI), and Goodyear Tire & Rubber Co. (NYSE: GT).

Greater motor vehicle traffic in Asia will be primarily from trucks — due to a variety of regional factors.

The first is that the region's roads are nowhere near as advanced as those in Europe or North America. That requires more of a need for trucks that can withstand the pounding of primitive or non-existent roads.

As economies in Asia are still evolving, there is also a need for trucks to haul products. The infrastructure does not exist, for example, for pipelines to transport fuels. Trucks are required instead to carry commodities to market.

Toyota has long been the truck of choice for emerging market nations.

Its small pick-up truck has always been popular around the world. Now Toyota is marketing a heavy truck in emerging markets. The company seeks to increase its sales in emerging markets from 3.7 million vehicles in 2012 to five million. As detailed in a recent Benzinga article, the company is expanding its presence on the Asian mainland.

Operating in 22 countries, Goodyear provides tires for trucks and other motor vehicles. It was just named one of the most recommended brands by American women.

Up more than 60 pecent for 2013, the stock has certainly been one to suggest to others. The analyst consensus is  earnings per share for Goodyear will increase by more than 30 percent over the next five years, and there should be more solid returns ahead thanks to more vehicle traffic around the world.

Cummins Inc. makes engines for heavy duty trucks. Those are very much in demand, especially in Asia. In China alone, Cummins has more than 25 facilities with nearly 10,000 employees,

According to "World Energy Outlook" and other reports, more than half of the increase in energy demand will emanate from Asia in the future. Increasing truck traffic will account for much of that consumption. That should also take the share prices of Toyota, Goodyear, and Cummins higher, too. 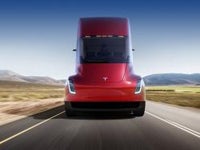 Tesla Inc (NASDAQ: TSLA) announced on Monday its latest in a long line of executive departures, and one analyst said it could be good news for legacy truck makers. read more 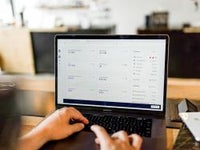 CNBC "Mad Money" host Jim Cramer on Monday said he preferred non-pure plays in the hydrogen energy sector as — while it has a major role there to play in clean energy's future — there is a long way to go before the technology actually matures. read more