EUR/USD Forecast: Could Fall To 1.1885, The 61.8% Retracement Of The November/January Rally 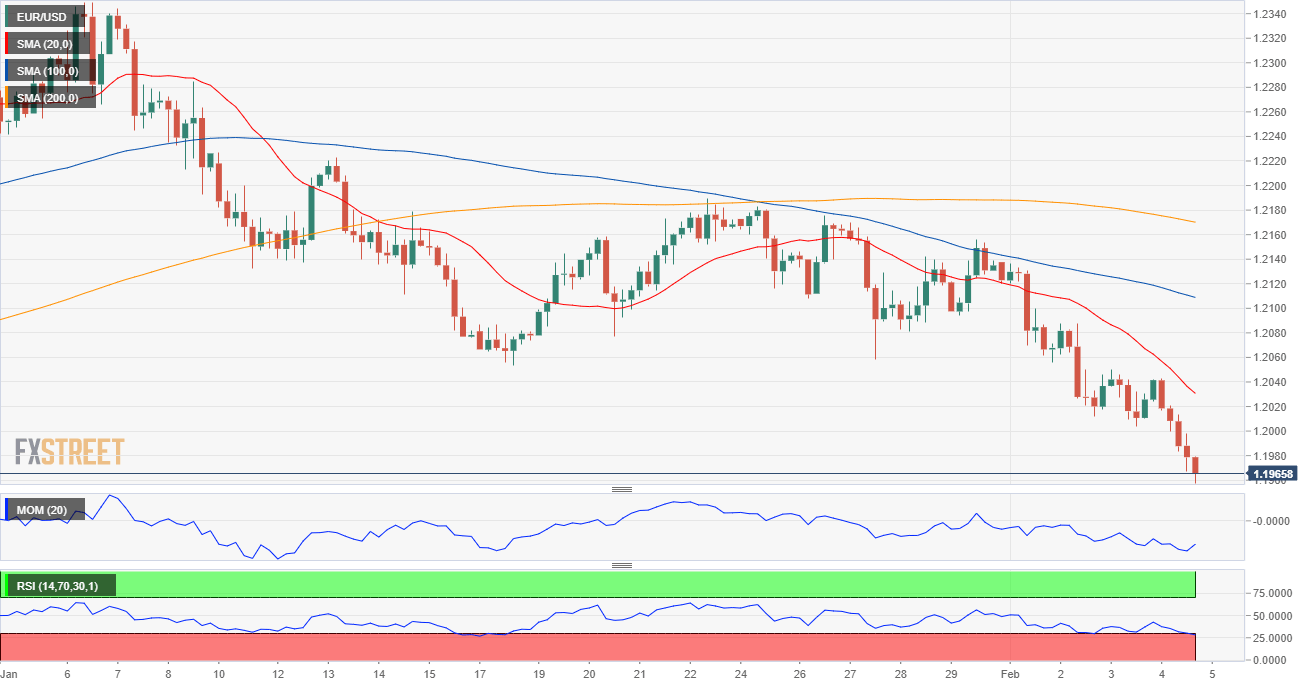 The EUR/USD pair lost the 1.2000 level, falling to a fresh 2021 low of 1.1957. The pair is down for a fourth consecutive day as investors continue to buy the greenback on hopes for a new US stimulus package. Resurgent Treasury yields are a sign of the better mood, on the rise ever since the week started.

Encouraging data came from both shores of the Atlantic. The EU published December Retail Sales which came in better than expected, rising by 2% in the MoM and 0.6% when compared to a year earlier. In the US, employment-related figures were mixed, as the Challenger Job Cuts report showed that  US.based companies announced layoffs of  79,552, in January from 77,030 in December. Initial Jobless Claims decreased to 779K, beating expectations. Q4 Nonfarm Productivity contracted 4.8%, while the Unit Labor Cost in the same period rose 6.8% vs 3.9% expected.

The EUR/USD pair is stuck around the 50% retracement of its November/January rally. Having reached this initial target and the inability to bounce from it somehow suggest bears are not yet done. Technical readings in the 4-hour chart support another leg lower, as the 20 SMA accelerated lower above the current level, while the pair pressures a mildly bullish 100 SMA. Technical indicators within negative levels with moderated bearish slopes, maintaining the risk skewed to the downside. The 61.8% retracement of the mentioned rally comes at 1.1885.

View Live Chart for the EUR/USD