January 17, 2019
Benzinga Money is a reader-supported publication. We may earn a commission when you click on links in this article. Learn more. 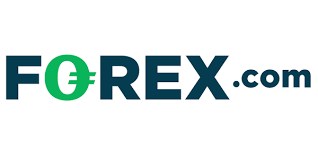 Currency trading, or forex. is the process of exchanging one currency for another or the conversion of one currency into another currency.

Unlike stock trading, the forex market is open for the majority of the business week due to differences in time zones; this can make effective trading a more viable option for those who work during the standard exchange hours of 9:30 am to 4 pm. The forex market is also one of the most liquid in the world, with over $5.3 trillion changing hands every single day.

How can you get started forex trading, and which currencies are worth converting? We’ve collected information on six of the most popular and profitable pairs, along with some tips on how to choose a broker and some basic terms you’ll need to know.

The Best Forex Pairs to Trade

Now you understand a bit more about forex, you’ll have to figure out what forex pairs you want to trade. This list is based on historical performance and popularity.

One of the most widely-traded currency pairs in the world, USD to EUR, is a shortened way of saying “conversion of United States dollars to euros.”

The USD/EUR pair is influenced by political movements that affect either the dollar or the euro in relation to one another. For example, when the European Central Bank intervenes in market activities to strengthen the euro, you can expect the cross of the dollar to the euro to decline.

The Japanese yen (JPY) is the official currency of Japan, and the currency dates back to the Meiji restoration’s attempt to westernize and modernize the Japanese economy. The yen lost a large amount of its value following the conclusion of World War II but has slowly begun to stabilize after reaching a low following the 1973 oil crisis.

The yen is now commonly held as a reserve currency behind the USD, the euro, and the GBP. Yen is considered to be held under a “dirty float” regime thanks to the Japanese government’s policy of active stability intervention. This means that the value of yen sees a number of daily fluctuations, but the central banks of Japan frequently buy and sell the currency en masse to keep exchange rates under control.

The Japanese government places a high premium on keeping the value of the yen low to cultivate a competitive export market. If you hold USD, you can potentially create large profits by capitalizing on these daily fluctuations if you’re able to buy in at the right time.

America’s fiscal neighbor to the north and one of their most important trading partners, it should come as no surprise that the values of CAD and the USD are very closely related. The value of the Canadian dollar is also heavily correlated with commodity prices.

In particular, the price of oil has a large amount of influence over the value of the Canadian dollar because Canada’s economy relies very heavily on oil exportation. In 2016, oil prices fell to prices not seen in over a decade, and the Canadian dollar also suffered, slumping to an exchange rate of 1.46 CAD to 1 USD.

If you want to exchange USD for CAD, carefully monitor the price of oil to determine the ideal time to buy.

The GBP is the third most-traded currency, trailing behind the USD and the EUR.   Two major events that have significantly influenced the price of the GBP in the last decade. During the years 2007 through 2008, the price of GBP wildly fluctuated due to the worldwide influence of the Great Recession.

The second major influence on the price of GBP was Brexit, the name given to the 2016 vote that would separate Britain from the European Union. Brexit caused the value of the GBP to lose almost 10% overnight and 20% in the months following the vote as investors abandoned the pound for more stable currencies in the wake of negotiations.

The Swiss Franc (CHF) is the official currency of Switzerland. Investors who invest in CHF do so most to protect their assets in times of turbulence. The CHF is largely considered to be a “safe-haven” currency.

CHF and (to a lesser extent) JPY are two of the most popularly traded safe-haven currencies in the world thanks to their low volatility in times of major market movements.

The Australian dollar (AUD) is the official currency of Australia and the sixth most commonly-traded currency pair.

The value of the AUD is closely associated with CAD thanks to the interdependent relationship that the economies of Australia and Canada share. AUD is also intrinsically correlated with the commodities market, as Australia remains one of the largest exporters of coal and iron ore in the world.

During the commodity slump of 2015, AUD reached a low point not seen since the 1970s. If you’re interested in holding AUD, you should expect to keep a close eye on the price of these commodities crucial to the Australian economy.

Now, You’ll Have to Choose a Forex Broker to Start Trading Forex

Before you begin forex trading, you’ll need to choose a broker to execute your trades for you. Some of the qualities you’ll want to search for when choosing a forex broker include.

Don’t know where to start? Here are some of Benzinga’s picks for the Best Forex Brokerages.

As you’ve probably noticed, the price of each individual currency largely depends upon its interactions with other countries and the exports it produces.

Learning about and understanding what makes each country unique won’t just help you when it comes to cultural sensitivity—it can also help you predict which currencies will rise and fall in value based on the current economic or political climates. 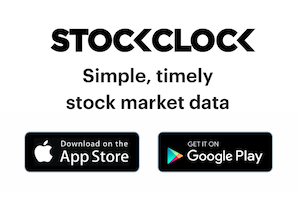 Reduce your trading costs by up to 15% with cash rebates, Forex.com is the #1 Forex Broker in the US. Signing up for an account now will get you waived bank fees on all wires, as well as one-on-one support from an experienced Market Strategist.