El Salvador To Build First Bitcoin City, Use $500M Of Planned $1B Bond 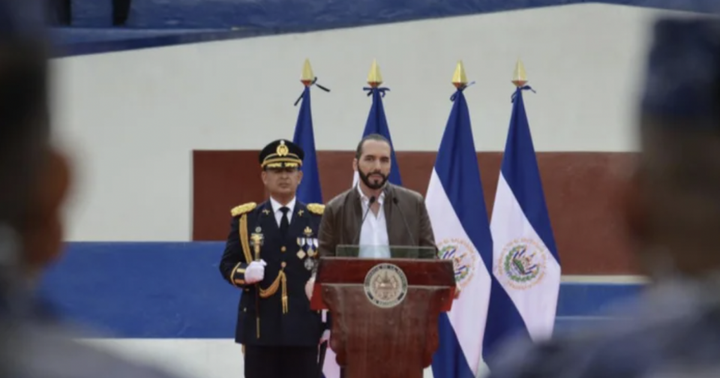 El Salvador President Nayib Bukele says that his country will build a "Bitcoin (CRYPTO: BTC) City" based on the apex cryptocurrency.

The world's first "Bitcoin City" will be located along the Gulf of Fonseca near a volcano. The president said the government plans to find a power plant by the volcano to provide energy for both the city and bitcoin mining.

Bukele indicates that because the city would be receiving geothermal power from the volcano, it would not levy any taxes except for value-added tax (VAT).

The city, which will be located in the eastern region of La Union, will be a full-fledged metropolis with residential and commercial areas, restaurants, an airport, and a port and rail service.

Officials plan for the city to be laid out in a circle (like a coin), and in the city center, a plaza will feature a big Bitcoin symbol.

El Salvador will be issuing the initial bonds in 2022, and the public infrastructure for the city is estimated to cost about 300,000 Bitcoins ($17.7 billion).

According to Bukele, the country plans on issuing a $1 billion "bitcoin bond". The bond would be a tokenized financial instrument developed by Blockstream.

The bond would be issued on the "liquid network", a bitcoin sidechain network.

Bukele plans to propose a securities law and grant a license to Bitfinex Securities to process the issuance, Blockstream said.

El Salvador in September became the first country in the world to adopt bitcoin as legal tender.

El Salvador is down more than 20% on its Bitcoin (CRYPTO: BTC) investments, which began in September 2021. What Happened: Over the past few months, the nation has been steadily acquiring the apex cryptocurrency, even as it has lost 50% of its value. read more

Former intelligence contractor Edward Snowden took aim at the International Monetary Fund (IMF) for dishing out advice to El Salvador on its use of Bitcoin (CRYPTO: BTC) as legal tender. read more