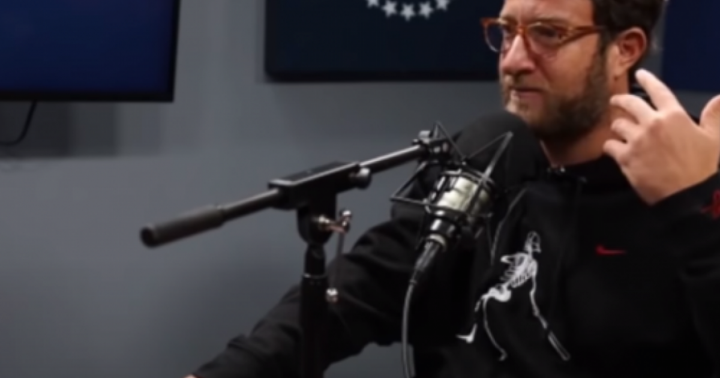 What Happened Portnoy took to Twitter in what he described as an “Emergency Press Conference.”

“Elon Musk just tried to tank Bitcoin,” said Portnoy — adding “The same Elon Musk who had Bitcoin on Tesla’s spreadsheet and their balance sheet so Tesla can show profit at the end of the quarter because they aren’t selling cars now suddenly Bitcoin is bad.”

The celebrity blogger took aim at Musk and called him out on moving cryptocurrency markets.

“The same guy’s been pulling the levers like he’s the Wizard of Oz on crypto and everyone following his every move — he’s sending Dogecoin up, he’s sending Bitcoin down. This is bullsh*t.”

On Wednesday, Musk announced that Tesla would no longer accept BTC for vehicle purchases citing “rapidly increasing use of fossil fuels” used for both mining and transactions.

Musk also made it known that Bitcoin paid to Tesla would be retained and not converted to fiat currency.

Musk often discusses DOGE, a Shiba Inu-themed cryptocurrency, which traded 13.02% lower at $0.43. DOGE touched an intra-day low of $0.36 on Thursday.

Why It Matters: Portnoy’s criticism was not limited to cryptocurrencies. He also brought up a May 2020 tweet that sent Tesla stock spiraling downwards. At the time, Musk had tweeted, “Tesla stock price is too high imo [in my opinion].”

The Barstool Sports founder said that even after the tweet he remained an “Elon fanboy.”

Last month, Portnoy and Musk exchanged tweets after Tesla sold $272 million of Bitcoin, a disclosure made in the company’s first-quarter earnings report.

Portnoy had alleged after the news came out that Musk “pumps” BTC and then “dumps it and make[s] a fortune.”

Musk had denied the allegations saying that Tesla sold 10% of its holdings “essentially to prove liquidity of Bitcoin as an alternative to holding cash on balance sheet.

Portnoy called out Musk for being unreliable and cited the example of Penn National Gaming, Inc (NASDAQ:PENN) — an investor in Barstool Sports. He said that those who put their money in Penn could be sure of his conduct and “put their heads on little pillows and know that I’d never f**king do that.”

“The number one rule of investing is you better trust whoever you are investing in, whoever is running that company because [there are] guys like Elon who apparently do not give a f**k.”

Portnoy was highly critical of Musk’s alleged fickleness. “Elon you have a responsibility when one second you say to buy something and the next second you don’t. That’s playing with people’s futures, their fortunes.”

“This move Elon’s doing — up and down and changing markets, shady sh*t, shady sh*t” exclaimed Portnoy.

Dave Portnoy, Barstool Sports Launch NFT: How You Could Get It For Free

One of the most influential names in media collides with a hot investment theme of 2021. read more

The Week Ahead: Pepsi And Costco Earnings, Upwork IPO