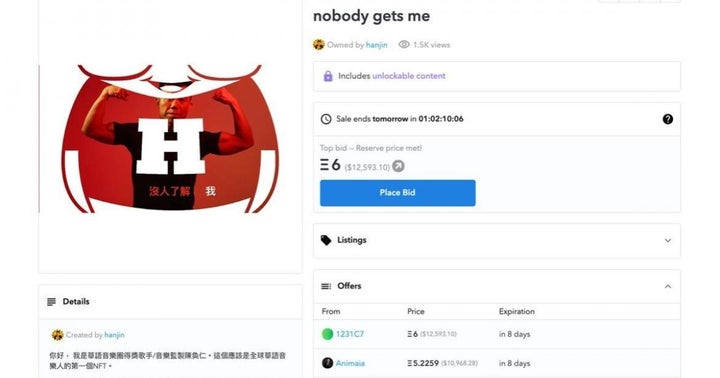 What Happened: YAS defines its microinsurance program as “a type of insurance that offers coverage for specific needs at a much more affordable price.” The company introduced the concept last year with RYDE, which provides insurance for passengers taking commuter rides of up to 90 minutes.

With the new NFTY policy, the first item covered is the NFT of "Nobody Gets Me", a non-released song by Singaporean songwriter/composer Hanjin Tan. NFTY is currently being offered in Hong Kong, Singapore, Thailand, Malaysia and Vietnam.

As for Assicurazioni Generali, the company is celebrating its 190th anniversary in business this year. Cillin O'Flynn, CEO of the Hong Kong branch that partnered with YAS, said the company prides itself as being “a pioneer and an active corporate citizen by partnering with innovative companies to drive change.”

(Photo: The NFT auction for Hanjin Tan’s “Nobody Gets Me,” the first NFT covered by the new NFTY policy. Photo courtesy YAS.