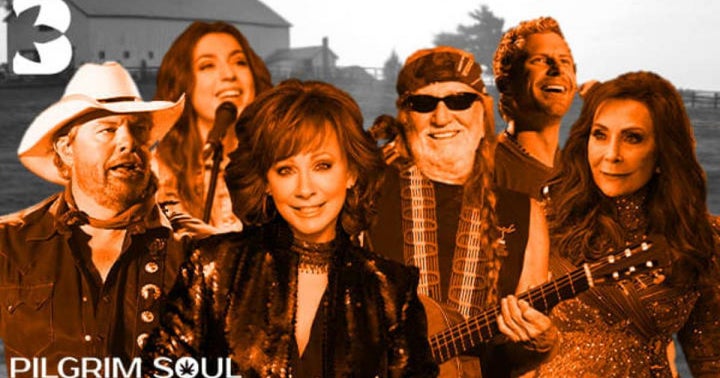 This article by Taylor Engle was originally published on The Bluntness and appears here with permission.

Cannabis is renowned for its influence and inspiration in the music world, and we usually associate this intersection with hip hop, R&B, rap and rock.

However, a 2017 study actually revealed that there are more cannabis references in country music than in rap or rock, and that country stars sing more about cannabis than any other drug.

“Country music does have the most drug mentions, and a lot of the country songs do speak about marijuana quite a bit,” data scientist Logan Freedman told Rolling Stone in an interview. Freedman and his team analyzed euphemistic lyrics and overt references, concluding that quite a few country stars sing about smoking weed.

Some have even gone as far as to boldly admit they’ve tried it, liked it, and never plan on giving it up. Willie Nelson and Toby Keith are two of the most well-known country stars who are also public about their cannabis use, and singers like Blake Shelton and Hank Williams Jr. have alluded to the plant in their music, but haven’t come out and said whether or not they indulge.

Despite the confusion that may still surround the plant (specifically among the country music listener demographic, which tends to reside in areas where cannabis remains illegal and frowned upon), more celebrities have been opening up about their use in order to educate and erase the stigma.

Country musicians have begun to follow suit, starting with these 17 country stars, who have openly admitted to smoking weed.

Willie Nelson has definitely earned his spot as country music’s most well-known toker – the singer even has his own line of cannabis, Willie's Reserve. Nelson is the only person who’s ever been able to out-smoke Snoop Dogg, which is a cannabis badge of honor in itself.
Cannabis has been his drug of choice since 1978, when Nelson gave up cigarettes and whiskey due to health complications. He’s been toking ever since.
Lighting up with Nelson is recognized as the rite of passage it is, bestowed upon only the worthiest in country music.

Another country great known for his cannabis affinity is Toby Keith, country singer, songwriter, and actor. Keith is one of the brave souls who has faced Nelson, prompting him to write the song “I’ll Never Smoke Weed with Willie Again.”
The smoke session was so intense, Keith never made it to Charles Barkley’s birthday party, which he was planning to attend that evening.

This is perhaps one of the most surprising names on the list, but yes, you read that correctly: Reba McEntire has admitted to smoking cannabis before, as well as ingesting edibles – although she didn’t much care for them.
She also insisted she isn’t a stoner, and indicated that it’d been quite a while since her last cannabis high…but we can dream, can’t we?

Georgia-bred country singer Brantley Gilbert has also admitted to smoking weed, without actually ever admitting it. In 2013, Gilbert coyly admitted that he has a Willie Nelson story of his own during a Taste of Country interview.
However, Gilbert followed this up by saying he couldn’t actually share the story because “I would never smoke weed, because it is against the law.” Wink, wink.
Gilbert has since changed his tune, even going so far as to drop the cannabis-friendly “Welcome to Hazeville,” featuring Colt Ford and Willie and Lukas Nelson.

That’s right, Loretta Lynn has tried weed – tell that to your grandma! But, maybe leave out the part where she didn’t like it.
Lynn smoked for the first time at age 84 per her doctor’s recommendation. She was suffering from glaucoma and needed something to ease her symptoms. “I took one smoke off of it and it hit me right here in the chest,” she said of the experience. “I like to have died!” However, none other than Willie Nelson tried to persuade her to give it another try.

Tennessee-born country singer Ashley Monroe is one of the most popular performers of her generation, and it turns out she’s also a fan of cannabis.
During an album release event for her second studio album, Like a Rose, Monroe and country star Vince Gill were talking about one of her songs on the album, “Weed Instead of Roses,” a love song that is clearly about weed.
Gill joked about his involvement in the song, claiming he’d never smoked weed before, causing Monroe to admit she had.

While some of these country stars have left us cannabis-infused bread crumb trails to chase, Jake Owens has left nothing to the imagination. “I have done my share of weed,” he admitted to Rolling Stone in a 2014 interview. So, that’s that.

During a Men’s Journal interview meant to promote his fifth studio album, Mr. Misunderstood, Eric Church said he doesn’t smoke weed anymore because it’s too harsh on his vocals, but he does enjoy edibles.
Church also told a Floridian radio station in 2016 that he once smoked weed out of a bar of Dial soap, rendering the country music star incredibly relatable to every high school stoner across the globe.

Country music duo Florida Georgia Line isn’t just recognized for their impeccable harmonizing – singers Tyler Hubbard and Brian Kelley have both admitted to smoking weed, however indirectly.
The duo told Billboard they were “professional partiers” when asked if they smoke weed during a 2014 interview. FGL has also alluded to their cannabis use through lyrics, like the line “All I wanna do today is wear my favorite shades and get stoned” from their song, “Sun Daze.”

Merle Haggard was one of the most influential country singers of his time, and fans were just as interested in his personal life as they were in his music. Haggard talked about smoking weed several times throughout the course of his life.
He once had a conversation with GQ where he recalls Nelson telling him if the two hadn’t smoked weed, they’d probably be dead from all of the cigarettes and whiskey.

Most people associate JT with pop music, but the former Backstreet Boy has contributed to the country genre with hits like “Tennessee Whiskey/Drink You Away” and “Say Something.”
That being said, the sometimes-country star has also admitted to smoking cannabis. In a 2011 interview with Playboy, Timberlake said, “Sometimes I have a brain that just needs to be turned off. Some people are just better high.” So true, Justin.

Founding member of Staind Aaron Lewis is another intra-genre singer who’s made a profound impact on the country music industry. He also happens to be one of the country stars who dabbles with cannabis.
During one of his shows in 2015, Lewis joked that he’d quit smoking marijuana, but he started losing his memory as soon as he gave it up.

Kris Kristofferson is legendary for his name alone, but he’s also one of the most influential country artists of all time, with classic hits like “For the Good Times” and “Me and Bobby McGee.”
The legendary singer, songwriter and actor is also boldly outspoken about his cannabis use, claiming that even if it does cause him to lose his memory, he doesn’t care. Yes, he’s a country star, but that is rock ‘n’ roll.

Phoenix native Dierks Bentley has also admitted to cannabis use throughout his country music career. In a Rolling Stone Country interview in 2018, Bentley discusses how he and his band recorded their album, The Mountain.
“We honored 4/20 every single day we were in there. We were in Colorado, after all,” Bentley admitted. Apparently the guy who owned the studio liked to make pot brownies, and Bentley and band sure liked to indulge.

Country singer Sasha McVeigh performed at Country Jam Colorado in 2018. Rumor has it that before the show, during a game of Never Have I Ever, McVeigh admitted to having “enjoyed the Colorado greenery.”

Kacey Musgraves has never been shy about her cannabis use, singing about it in hits like “Follow Your Arrow,” “Dandelion,” and “A Willie Nice Christmas.” In a photo from her wedding to fellow country star Ruston Kelly, the spouses can be seen holding joints and exhaling.
Musgraves has posted other shots of herself smoking in the past, and has never tried to hide her fondness for weed. She also wrote a song on her most recent pop-leaning album, Golden Hour, that admits she was creatively inspired by an acid trip. 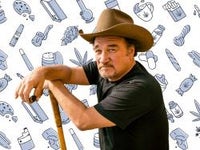 This article by Jackie Bryant was originally published on Weedmaps, and appears here with permission. When it comes to celebrity cannabis brands, not all are created equal.  read more 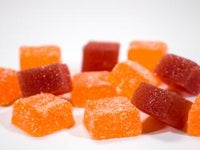 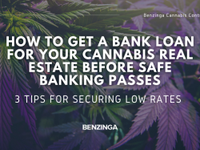 There are several factors at play that are contributing to the low-rate lending environment for cannabis businesses. read more 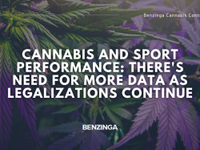