Why Is Joe Biden Clinging To Reefer Madness? 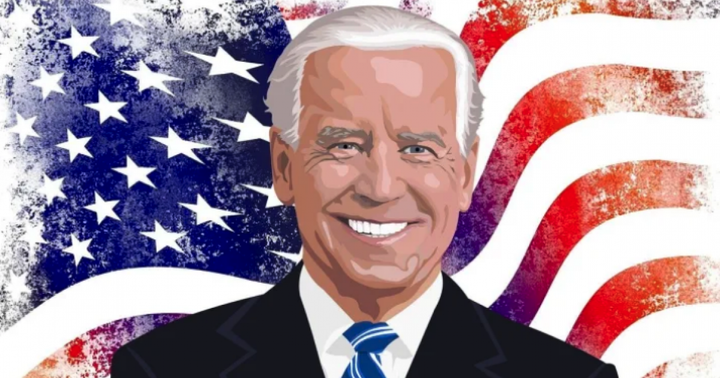 This article by Johnny Green was originally published on The Bluntness, and appears here with permission.

Support for cannabis legalization is greater now in the United States than at any other time in modern history. To hammer that point home, consider that 15 states and Washington D.C. have legalized cannabis for adult use either via legislative action or through the ballot box.

The State of Virginia, which was seen as having little chance to legalize cannabis even a handful of years ago, recently passed a legalization measure, although sales will not begin for a few years. That makes Virginia the 16th state to get on the right side of history, albeit in a delayed fashion.

Nearly every state in the country has legalized cannabis for medical use in one form or another, from limited CBD-only policies all the way up to robust medical cannabis programs that allow for the legal possession, cultivation, and distribution of medical cannabis.

In the midst of arguably the most polarized political climate in the United States in many decades you will be hard-pressed to find a political issue that has as much bipartisan support as cannabis reform.

With that in mind, why the hell is United States President Joe Biden still clinging to reefer madness?

Will the Biden White House bring cannabis fear or cannabis hope in 2021 and beyond? Let's ask the staffers he fired for past cannabis use.

Information recently surfaced that the Biden administration took action against several White House staffers because of cannabis. Multiple staffers were suspended, asked to resign, or placed on remote working status due to past cannabis use. How placing employees on remote working status addresses past cannabis use is beyond me, however, I digress.

Keep in mind, cannabis is legal for adult use and medical use in Washington D.C., and that was the case well before Biden took office. Some of the employees involved were reported as having consumed cannabis in the past in legal states. So why are they being targeted now?

According to several reports from outlets with knowledge of the situation, the targeted employees were told by ‘transition higher-ups’ that they would not be penalized for previous cannabis use. The employees apparently disclosed their past cannabis use on their White House background check applications.

Let’s add a little more perspective here. Cannabis was found by a peer reviewed study to be 114 times safer than alcohol. Yet, despite the science, there seems to be no reports of past legal alcohol consumption resulting in White House staffers being penalized, up and to termination.

The decision to target staffers for past cannabis use is clearly a decision based on reefer madness, and not on science, compassion, and/or logical reasoning.

Keep in mind, Biden’s old boss Barack Obama admitted to past cannabis use in addition to multiple other former presidents admitting to prior cannabis use. The irony that former presidents would be subject to Biden’s ridiculous policy is extremely thick. As a former cannabis consumer you can lead the White House yet not serve as a staffer?

Another point to bear in mind: current Vice President Kamala Harris also claimed to have consumed cannabis in the past yet gets to keep her job, making Biden’s position that much more hypocritical.

Biden Considers Support For Legalization To Be A Liability?

During the 2020 campaign, apparently Biden was afraid a pro-cannabis stance would hurt his political chances. | Photo by Gayatri Malhotra on Unsplash

In the same week that news surfaced regarding the White House staffers, additional information regarding Biden and his terrible views on cannabis also made headlines.

Apparently, Biden felt that endorsing cannabis legalization would have negatively impacted his presidential pursuits, which shows how out of touch he is with cannabis policy. As mentioned, support for cannabis reform among U.S. voters is enormous.

Gallup has asked U.S. voters whether or not they support cannabis legalization every year since 1969. In 2020, Gallup’s poll set a record with a whopping 68 percent of voters telling Gallup that they support ending cannabis prohibition at the federal level.

To put the figure into perspective, in 2009 when the Obama administration first took office and Joe Biden was installed as the Vice President, support was at just 44 percent.

With polling clearly demonstrating that support for cannabis legalization is through the roof, including and especially within Joe Biden’s own party, it makes no sense that Joe Biden would oppose it. Even if Biden doesn’t personally like cannabis legalization, one would think that political self preservation would have kicked in at some point.

However, that was not the case, and I have to assume that Biden’s desire to cling to his reefer madness views was simply too great to change his mind, even for self-serving political beneficiary reasons, which is absolutely unfortunate.