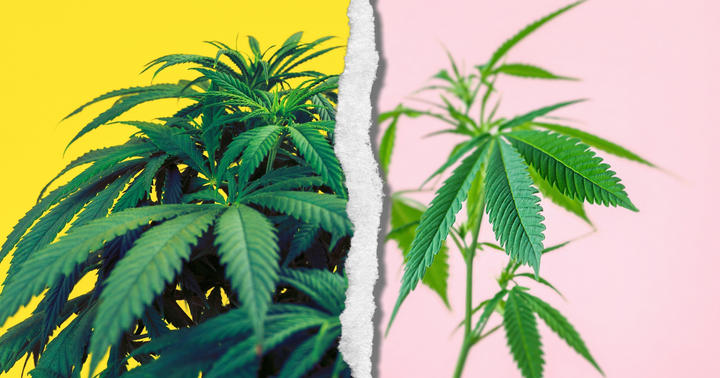 This article by Sylvia Hu was originally published on The Green Fund, and appears here with permission.

Do weed plants have genders? What are the differences between male and female cannabis plants? Find out in this article.

Like most living creatures such as humans, animals, and other plants, the cannabis plant also has male and female genders and reproductive systems. Being able to distinguish between male and female marijuana plants is important for breeders and growers as the type of weed plays an important role in the value and quality of the final product that is being sold.

So how do we know which seeds will grow into which gender?

Well, regular seeds have a 50/50 chance of growing into a female or male plant. So if you pull seeds from a nug and decide to plant them, there is no guarantee as to which gender the seeds will produce. This is why the production of feminized seeds has grown into a large market, allowing growers to know that the seeds they plant will grow into female plants.

Say you found a few seeds in a nug you were about to grind and decide to try growing them. How do you identify and tell the difference between female and male plants? When a female plant is exposed to or put under a lot of stress, it can ultimately develop both female and male sex organs, thereby creating a hermaphrodite plant for self-reproduction. A hermaphrodite plant can pollinate the entire crop and is best removed when discovered.

Therefore, it is crucial to continuously monitor your plants whilst stressors are distinguished and minimized so that your plant or crop can flourish. Plant stressors can include:

Growing a marijuana plant is a patient but rewarding process, so it is best to ensure you get the best yield by identifying and removing male plants from your crops and taking care of your female plants to ensure nice healthy plants with juicy nugs.