Addictions And Prevention In Adults And Adolescents: Changing The Perspective 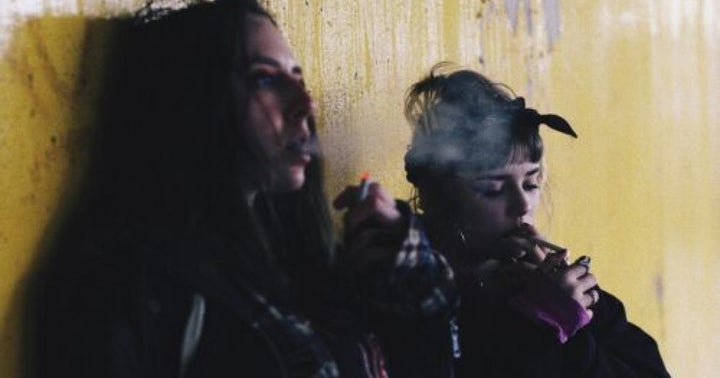 This article by Carlos Alberto Barzani, Psychologist, was originally published on El Planteo.

The matter of prevention is always a challenging subject, as it aims to improve health conditions and to anticipate harm, in order to avoid it. However, the human psyche is very complex; and sometimes it occurs that well-intentioned advice aimed at avoiding something undesirable ends up having the opposite effect. Especially on an issue as controversial as drug addiction.

Therefore, people tend to talk not about individuals with addiction, but about drugs and drug addicts.

It is common to hear in police chronicles of violent events the inevitable question about criminals: were they on drugs?  As if criminal behavior was the product of drugs and not of a person responsible for their own actions. Evidently, for certain sectors it is easier to talk about the scourge of "drugs" than about the growing level of violence and helplessness in our society. This is because approaching it from this other perspective would lead to talking about social and health policies carried out by the States.

Mass messages, for the most part, are characterized by being moralizing, authoritarian and/or by appealing to fear, leading to repeated proselytizing speeches that only have meaning and effectiveness for those who produce them. These strategies not only fail to reduce drug use, but in some studies have been found to escalate it.

On the other hand, the topic of "drugs" generates "interesting" and "passionate" debates on television or even casual conversation. Placing the problem on them focuses the discussion on the wrong spot, as we omit to see the bond that the individual may have with the substance. If we shift the spotlight to the relationship between human beings with drugs, we will see, for example, that some of them were used in certain indigenous communities for a long time. There, they played an important role in certain religious or initiation rites, and did not create addictions. Here we notice that the relationship that these people had with those drugs was different from the one we have in our western Judeo-Christian culture.

Furthermore, the law confers on illegal drug users the dual status of criminals and sick people. Drug use requires medical attention, but possession constitutes a crime… Identifying a substance as an external object with "demonic" powers capable of infecting a subject, possessed by the intoxicant, removes responsibility for their actions and decisions from the addictive user. A person with addiction problems may be able to accept the prohibition of the drug for a while, but will not modify the determinants of their addictive consumption.

The problem behind addictions

It should be clarified that not everyone who consumes or has consumed a substance – whether legal or illegal – has developed or will develop an addiction. However, it is common for an individual to believe that they are in control of their willful consumption and yet, without realizing it, the compelling desire to consume occupies important moments of their life. For example: some people need to "tune in" to go to a nightclub or to meet someone, or to smoke a joint to go to a concert. If they don't, they have the feeling that something is missing, that "it's not the same".

In short, the problem is not what is consumed. The problem is: what is it being used for?

The word addict comes from the Latin word addictus, which means “adjudicated". In Roman law, the insolvent debtor who had been adjudicated to the creditor so that they could collect their debt was called "addictus", but without losing his status as a Roman citizen if within a period of sixty days they paid their debt. If they failed to do so, they became a slave to their debtor. In this sense, it alludes to someone who is “delivered” or enslaved due to their debts.

Some authors have pointed out that the word addiction refers to the lack of speech, or diction; that is, not to say, or not to speak. Although, as we have seen, this is not the origin of the word, it leads us to a central point: in general, many people become addicted because of the impossibility to talk about certain issues and not being able to resolve them through words. The truth is that the addictive consumption of substances can be related to the most diverse motivations. Its complexity implies being able to articulate different levels of analysis, disciplines and approaches. Any confinement to a single perspective leads to a reductionism of the issue.

From a psychological perspective – which is also affected by other factors – substance use can be an effort to anesthetize pain, alleviate anguish, desensitize oneself to unpleasant feelings, fill a void, calm anxiety, provoke a state of euphoria, escape monotony and boredom, produce a state of reverie, among other causes. The effect of the substance is transitory: when it dissipates, it is necessary to consume again.

If the addiction attempts to solve a problem, in order to solve the addiction, the problem or motive that led the person to consume addictively must be addressed. This is a situation that is difficult to recognize, since it is often an attempt to alleviate some internal conflict that the person is unaware of. It is important to emphasize this point because it is not a matter of forcing the person to speak. A therapeutic evaluation by professionals who have experience in the subject can be a path that leads to deciphering and untangling the problem.

For years there have been discourses circulating that label addiction as a young people problem. Although the problem extends to an age group ranging from teenagers to older adults, varying in frequency, quantity and type of substance, the onset of consumption occurs mostly in adolescence.

The fact that adolescence is the most vulnerable stage of life for the onset of drug use and abuse can be explained by its own characteristics, as part of a process of profound biological, psychological and social transformations.

Adolescence is a stage that combines moments of identity search, body changes, sexual initiation, mourning, differentiation from parents and search for other models, emotional fluctuations (anger, grief, fear, joy), new responsibilities, rethinking and questioning of values, etc. All these processes can produce anguish, discomfort, conflicts, which can be intolerable at times.

Reciprocally, this stage is also difficult for those who exercise the parental function. Parents, faced with the child's growth process, must go through different transformations and face multiple relocations. Some of these consist of facing various mourning processes – detaching from the child, ceasing to function as an idol and accepting a relationship full of criticism and ambivalence, admitting their own aging, among others – and reliving aspects of their own adolescence and the relationship with their own parents. At the same time, they must strike a balance between being neither too overprotective or invasive, nor too permissive or absent.

What "listening" is all about

However, if the psychic structure and the affective family support of the young person are not able to withstand or contain such states, the consumption of alcohol and/or drugs that society and peer groups offer them serves to alleviate the discomfort and find some moments of relief.

As we said before, the core of the problem is not the substances, but what happens to that young person who cannot find other ways to elaborate and solve the conflicts and processes he/she is going through. It is necessary to elucidate what the drug is for and why he/she cannot find another way to deal with the obstacles he/she faces.

Although not every adolescent who uses or tries drugs or alcohol becomes addicted, many can become so. Also, prolonged treatment is not always necessary; a few interviews with a professional can clarify the situation. In many cases a frank approach by those in a parental role may be enough to help them find a path that will give them more elements to resolve the crisis.

Parents of teenagers and young adults often ask how to know if their child is "on drugs". The answer is not simple; but certainly, one of the ways to answer it is to listen to them. Adolescents – and not only adolescents – are better able to talk about any subject with those who "know" how to listen. Certain attitudes block the possibility of communication and are incompatible with a genuine willingness to listen. When you judge, advise or lecture excessively, or criticize and ridicule, or disregard or take lightly their opinions, or there are major contradictions between what you say and what you do, you are placing obstacles in the bond with your children. "Listening" is not only about not interrupting while the other person is talking, but also about trying to understand what he/she is telling us and what he/she wants to tell us.