Why Shawn 'Jay-Z' Carter Took His Cannabis Brand Public, And Other Highlights From The KCSA Cannabis Investor Conference 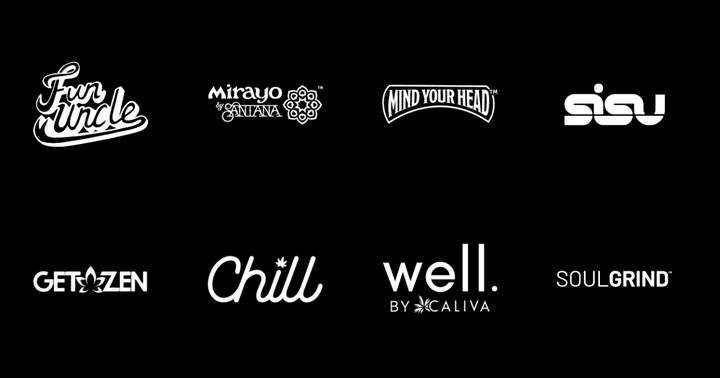 The Parent Company (OTCQX:GRAMF, NEO: GRAM.U)) a vertically integrated cannabis operator focused on the California market, completed its merger with Subversive Capital Acquisition Corp. (formerly traded on OTCQX under the symbol of SBVCF) in mid-January. The $1.2 billion deal is the largest cannabis deal ever involving a Special Purpose Acquisition Company, and makes The Parent Company the largest vertically integrated operator in the state.

The Parent Company is the product of the combination between cannabis brand Caliva (which launched the hip hop mogul’s high-end cannabis line MONOGRAM in December), extraction and manufacturer Left Coast Ventures, and Shawn Carter Enterprises.

“We want to collaborate with a lot of people in the space and are uniquely positioned to be right at the forefront once this prohibition era ends to take full advantage and create opportunities for minorities in this space, which is very exciting to me along with making new products,” he said at the KCSA Cannabis Investor Conference.

Other Highlights From The KCSA Cannabis Investor Conference

In addition to Subversive, 13 other companies participated in the virtual conference. Here are some highlights

“We feel that we benefit significantly as the price of raw goods and other supplies in this industry goes down,” said CEO & Chairman Gerry Jacobs. “It’s a situation where, as the number of farmers producing hemp increase, as the number of processors around the country increase, the principle ingredients to our products goes down.”

Vireo is a multi-state cannabis operator that grows cannabis and manufactures cannabis-based extracts. What’s notable about Vireo, according to CEO and Chairman Kyle Kingsley, is the company has been narrowing its losses without the benefit of recreational cannabis sales.

Of the six states Vireo has operations in—Nevada, Minnesota, Maryland, New Mexico, New York, and Arizona—only Nevada has a decriminalized adult-use cannabis market (Arizona voted to do the same in November but has not yet established its market).

“Some or all of those [markets] will go to adult use in the next 12 months,” he said. “Vireo is impressive in that we are approaching profitability even without any of these frothy adult-use revenue streams in any of our markets.”

Globally, the company has products available in Germany and Australia, and CEO Geoffrey Benic said the company achieved record revenues in the September quarter.

“Every business line has made a contribution,” said Benic. “So from our Canadian medical, international medical, adult-use, and wholesale, all have seen significant sequential growth. So we’re really looking forward to building on that in 2021.”

4Front Ventures, is a licensed producer with a major footprint in Washington. According to CIO Andrew Thut, 4Front has almost 10% market share, and is the state’s No. 1 edibles manufacturer and No. 2 producer of flower. Now, they’re focused on expanding to other markets.

“We’re taking those brands and that proven production capability that we’ve perfected in Washington, and we’re putting them to the large nascent states of Massachusetts, Illinois, Michigan, and California,” Thut said, adding they also have a license pending in New Jersey.

MariMed is a multi-state operator with has 17 licenses in six states. The company either owns, manages, or has licensed distribution in Delaware, Illinois, Maryland, Massachusetts, Nevada, Rhode Island, and Puerto Rico.

The company is currently in the process of consolidating its operations under management, which founder and CEO Robert Fireman said will result in the company having estimated revenues of $100-200 million when finished.

The Valens Company is a Canadian manufacturer of CBD products. Valens’ thesis, according to Executive VP, Corporate Development & Capital Markets Everett Knight, is that the future Canadian cannabis market—known as Cannabis 2.0—will become dominated by oil-based products that Valens makes.

Clever Leaves is a multi-national cannabis company. Its main operations are in Colombia and Portugal where it produces medical cannabis, with additional operations and investments in the U.S., Canada, and Germany. The company is the only country with cultivation operations certified by Colombia’s version of the FDA, according to CEO Kyle Detwiler, and at 1.9 million square feet, currently has the second largest global cultivation footprint after Aphria Inc (NASDAQ:APHA).

“We recognized an opportunity in the cannabis industry to set up what could become the Driscoll's or Cargill of cannabis by moving quickly and creating one of the world’s leading low-cost pharmaceutical-grade production companies,” he said.

Slang Worldwide positions itself as the leader in cannabis consumer packaged goods. Its portfolio of brands includes some of the highest-selling cannabis brands in the country, such as O.Pen vape pens, Distric Edibles, and Lunchbox Alchemy edibles, which the company acquired in October. In addition to other recent acquisitions, Slang also has licensing agreements with Canopy Growth (NASDAQ:CGC) and Trulieve (OTCQX:TCNNF).

Gage Cannabis
Gage Cannabis, the only private company to present, is solely focused on the Michigan cannabis market.

According to the Michigan Marijuana Regulatory Agency, adult-use cannabis sales in Michigan rose 502% from January to August 2020. And Gage appears to be the leader in the state with 22 licenses and 13 dispensaries. President Fabian Monaco said this year 90% of the state’s population will be within a one hour drive from a Gage location. He added that the company will be publicly traded through the Reg-A process “within 60 to 90 days.”

To view a replay of the presentations at the KCSA Cannabis Investor Conference click here.