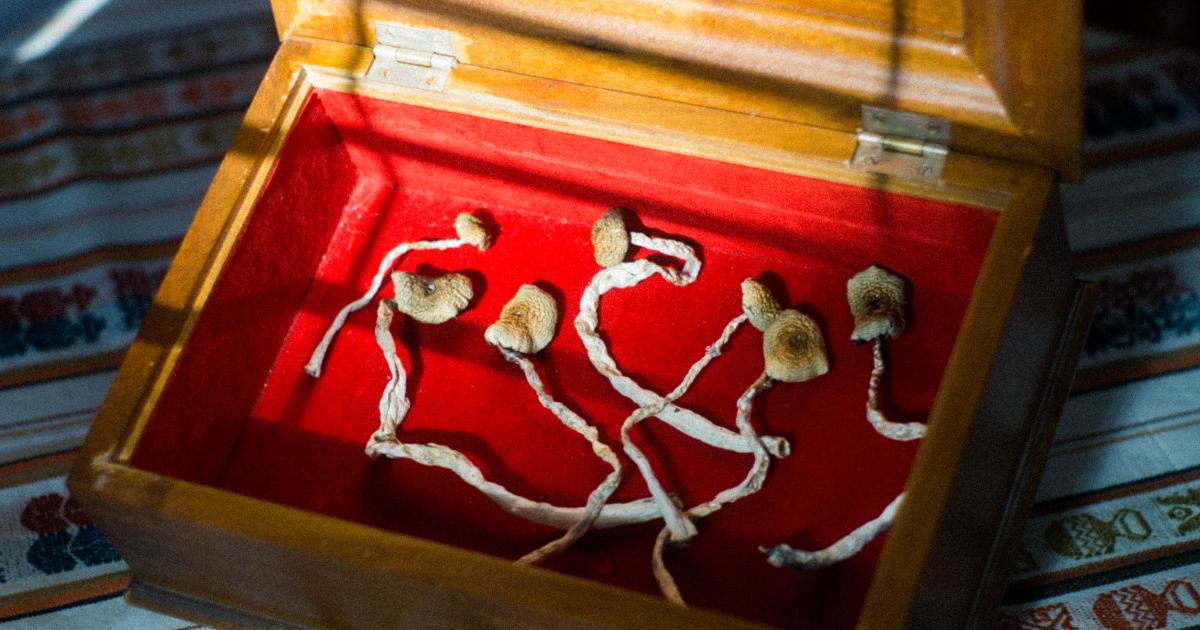 In 2020, psychedelics took the world by storm. Over two dozen companies in the sector became publicly listed.

The industry grew closer to federal legalization of the first psychedelic compounds for therapeutic use. With scientific, regulatory and corporate developments becoming daily news, it’s easy to wonder what 2021 will bring to this burgeoning new space.

“By the end of 2021, I expect the conversation about access to therapeutic outcomes using what were previously known as psychedelics to be a global conversation,” said Bruce Linton, former CEO and founder of cannabis giant Canopy Growth (NYSE:CGC).

“This conversation has got more points of active discussion occurring right now than the cannabis one had for the first five years,” he adds. 2021 will bring “an abrupt start to a real conversation” around psychedelic medicine.

Aside from his cannabis endeavors, Linton is an early investor in the psychedelics space and sits on the board of two public companies: MindMed (NEO:MMED) (OTCQB:MMEDF) and Red Light Holland (CSE:TRIP).

He believes that these new categories of molecules and therapies will be a part of the World Economic Forum conversation at Davos in 2022.

Benzinga spoke to several other professionals in the psychedelics space about the trends that will define the industry in 2021. Here's what to expect:

“We're not seeing consolidation yet,” Linton says. The psychedelics industry still needs to go through its formative years to reach the consolidation stage within its life cycle.

One of the central themes of the psychedelics industry in 2021 will be a concentration of resources between peer companies in order to accelerate the regulatory process towards legalization.

“It's concentrating scientific, academic, regulatory, finance, all these things, so that you have strong teams for the program that has to work through 2021 to deliver big outcomes for 2022,” he adds.

There are so many opportunities in this space that it would be impossible to think anyone would be better off going at it alone, he explains.

“Until now, companies have been working to establish their niche contribution to the space," Chadeayne says. "It will take collaboration to go from arranging atoms in molecules to administering drugs to patients in a healthcare setting."

Expect to see more emphasis on new patentable compounds, Chadeayne says. There will be more derivatives of naturally occurring molecules with proven benefits, beyond the classic list of psilocybin, LSD and MDMA.

We might even see the first human studies on these new molecules during 2021.

“So far, only a few psychedelic compounds have been scientifically evaluated in humans. Different psychedelic drugs could provide advantages depending on the use case," he says. "For example, I think we might see researchers investigating shorter-acting or faster-acting drugs.”

Novamind (CSE:NOVA) CEO Yaron Conforti said that Canada will lead the way in opening up regulations that streamline patient access to psychedelic medicines.

Throughout 2020, the Canadian Minister of Health Patty Hajdu granted several exceptions to patients and doctors for the possession and use of psilocybin.

So far, 14 patients and 17 healthcare professionals were allowed to consume psilocybin in a legal setting.

“This is being very well received by the Canadian public and we should expect to see a lot more coverage of this in the media which will garner more public support, perpetuating a positive cycle of approvals and access to psychedelic treatments," said Penny White, CEO of NeonMind Biosciences (CSE:NEON)

If the anticipated change to the Special Access Program is made in Canada, Nyquvest says, access may be as straightforward as patients simply needing to find a doctor willing to apply for access to the drug on their behalf.

“In 2021 I believe we will start seeing further institutional investor support for psychedelic medicine companies in the form of biotech index funds and ETFs covering both psychedelics and the greater mental health space,” Rahn says.

The first ETF offering coverage of the psychedelics space is set to launch at the TSX exchange under the symbol ‘PSYK’ on Jan. 15 by Horizons ETFs Management.

“If you're only allowing yourself two investments,” said Bruce Linton, “I would look at a first one, which has some reasonable compliance with regulations in short-term revenue opportunity.”

Companies in this category are trying to generate revenues in the short-term, with the objective of using that cash flow to create more value, in order to acquire or build bigger assets.

“These can go from Field Trip (CSE:FTRP) (OTC:FTRPF) on clinical to -disclosing my association investment- Red Light Holland,” says Linton.

“Secondly, I would look at a science-driven agenda that's not stuck on a single molecule or approach. I don't like betting on one number, I like the idea of having a portfolio when I'm going long term.”

Linton explained that part of the reason he got involved with MindMed is because of the diversified, platform-driven approach this company is taking into researching psychedelic molecules and treatments.