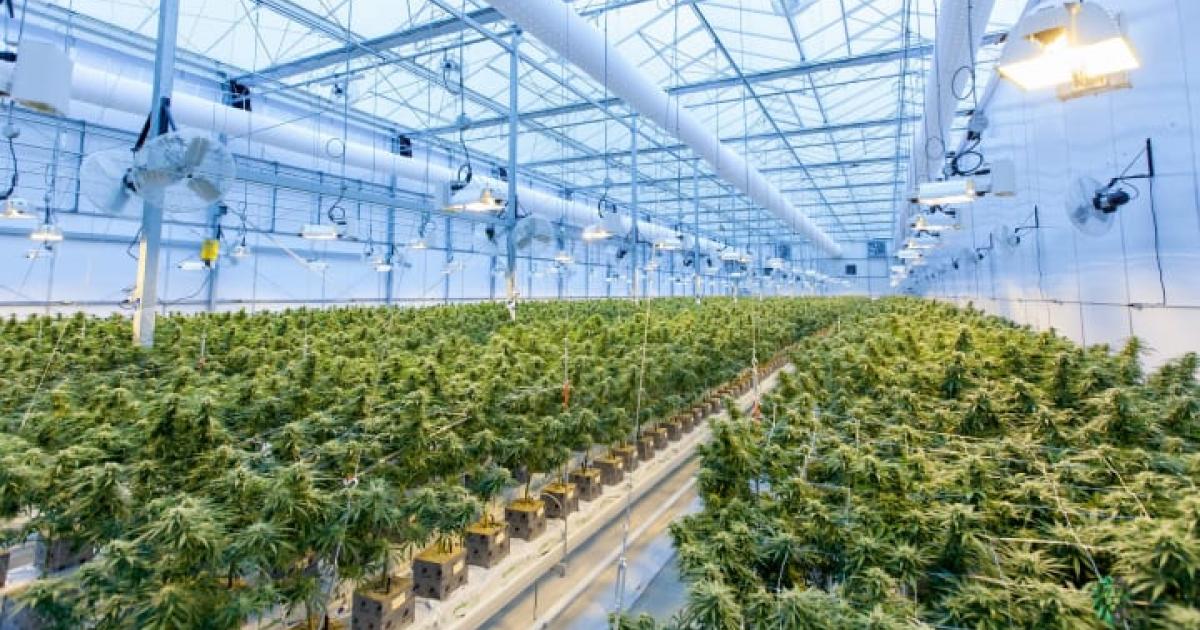 This article was originally published on The Bluntness, and appears here with permission.

Between Arizona, Mississippi, Montana, South Dakota and New Jersey – all states who have expanded medical and/or adult-use cannabis legalization statewide – there are over 143 million acres of agricultural land for over 20 million Americans.

But what about the cannabis environmental impact?

The economic possibilities may have investors and entrepreneurs and seeing green, but as climate disasters ravage the United States with floods, fires and storms, one must not forget the impact cannabis mass cultivation can have on local ecology.

The connotation that marijuana is grown by hippies up in the mountains  with only the most holistic, organic practices is a far cry from a multibillion dollar industry that packages everything in child-proof plastic while competing against a robust black market where cultivation, manufacturing and testing standards can be circumvented.

As of now, there are no universal standards for organic cannabis cultivation beyond certain restricted pesticides and few incentives for farms to clean up their act in the face of cannabis environmental factors.

In other words, cannabis, as an industry without conscious practice, contributes significantly to carbon emissions, disrupts local ecology, and creates mountains of garbage.

Sharp Rise in Use of Electricity and Power

No two cannabis grows are run the same. Indoor, outdoor, greenhouse  – they vary in yield, labor, and carbon footprint. A small indoor operation running lights, A/C, and bringing in water for hydroponics uses vastly more resources than an outdoor operation using the sun and well water, for example.

While indoor cultivation allows for the most control of elements, pests, and environments to create these photogenic, high-THC buds, it is also the most costly in terms of resources.

A Bloomberg Environment and Energy report from 2019 showed that in just a year, the legal cannabis industry emits 472 tons of electricity-related carbon. In the city of Denver alone, there was a 36 percent increase in electricity and power between 2012 and 2016 to cultivate cannabis and manufacture products.

Hopefully more cannabis operators will soon find better ways to utilize ‘off-the-grid’ technologies to power their grows, such as solar, wind, and hydroelectricity.

Like everything else that grows in the ground, cannabis requires water – a lot of it.

A 2017 study in Frontiers in Ecology and the Environment from Ithaca College, in collaboration with scientists from UC Berkeley, compared forest fragmentation in Humboldt county resulting from cannabis cultivation versus data spanning over a decade from the timber harvest. The study determined that “the boom in cannabis agriculture will likely create substantial threats to the surrounding environment” based on how cannabis growing watersheds impacted forest loss and surrounding wildlife.

Another paper in Environmental Research Communications examined water use in the northern California region of the Navarro River Watershed, where over 70 percent of cannabis cultivation and 90 percent of resident buildings rely on groundwater and wells, both of which contributed to depleted streams.

It should be noted, however, that hemp crops require substantially less water than cotton.

All cannabis products must be sold legally in packaging that is child-resistant and compliant with state laws regarding labelling, warning and proof of test results. Every preroll comes in a tube, nugs come in jars or plastic packaging, vape pens are considered disposable but create a lot of waste  – and you may still need to pack your purchase in a plastic bag before leaving the dispensary.

What’s more, disposal of cannabis and related waste matter – fertilizer, lightbulbs, solvents for extraction – is often determined at the local level, without statewide regulation, per an environmental analysis by the Worcester Polytechnic Institute.

Can Anyone Find a Solution to This Mess?

The cannabis industry has no universal standard for sustainability, organic cultivation, manufacturing, or waste disposal, leaving local markets to create their own parameters.

For some, the organic certification issue is particularly important.

“There's so much bullshit in the cannabis industry,” says Chris Van Hook, an attorney for the USDA organic division and founder of the Clean Green cannabis certification. “If any other crop, like broccoli or tomatoes, were posing as organic without being certified, they would get investigated,” and fined $11,000.

Over the last 17 years Van Hook has worked with farms and manufacturers in eight states, Puerto Rico and Canada to impact “as close to organic” cultivation standards and sustainable practices for drying, extraction, manufacturing and packaging.

“Cannabis regulations aren't being enforced yet,” Van Hook says, because there is no federal agency regulating it like the FDA. States like California have their own parameters for who can obtain a cultivation license, including how they source water, the size of their operation and regulations on what fungicide, pesticide and fertilizers they may use based on EPA standards, but “there are no pesticides registered specifically for use directly on marijuana.”

Van Hook’s Clean Green program works by “training farmers for the regulations as they are, not for what the farmers want them to be.” This includes committing to a carbon footprint reduction program, food-grade standards for fertilizer and pesticide use, records of their cultivation, drying, trimming and packing rooms and relevant materials, with annual screenings.

Van Hook normally travels over 250 days a year between his cannabis and produce clients, and is hoping to establish connections in Michigan, Florida, Oklahoma, and Maine when the pandemic allows. The potential for cannabis pollution is just as high as that for profit.

“We need to make this a global imperative, and I don't think we're there yet.”