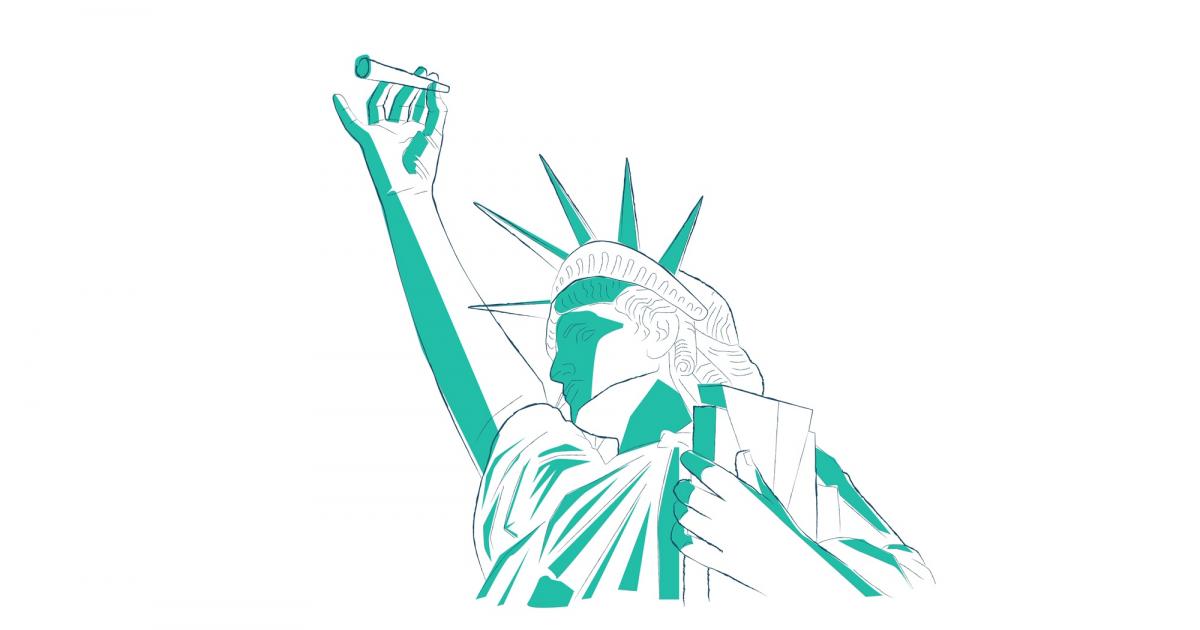 As President-Elect Joe Biden fills out his cabinet and other administration roles, potential candidates for Attorney General have been mentioned.

"We have seen first hand how integral having at least a somewhat sympathetic Attorney General in office is by just comparing the past two administrations," says NORML Executive Director Erik Altieri.

For example, there was the Obama administration's implementation of the the Cole Memo, which stated that the Department of Justice couldn't use resources on nationwide cannabis raids.

The situation did not improve much under Trump's second AG, William Barr, who has reportedly launched antitrust investigations into the cannabis industry.

"It is time we have an administration that respects the desires of our nation's citizens and that they remember, especially when you are discussing the Executive Branch, personnel is policy," Altieri adds.

Mattio Communications Strategist Ellen Mellody — a political veteran who worked as a press secretary during the Obama-Biden Administration in 2008 —  agrees. A pro-cannabis AG in the incoming Biden administration would be significant for the future of reform despite the likely scrutiny they will face from Senator Mitch McConnell and his fellow Republicans.

"It's likely that Republican leaders in the Senate, like McConnell, will work overtime to politicize Biden's pick, given that each contender will likely have both supporters and detractors," Mellody says.

Related Link: The Case For A Pro-Cannabis Attorney General, Explained

Not everyone feels that the AG decision carries that much of an impact on reform.

Chris Lindsay, Director of Government Relations for the Marijuana Policy Project, noted that the federal government is limited when it comes to impacting state decisions on cannabis.

"That creates a real challenge for those in federal law enforcement who may want to take shots at these state [cannabis] laws that have been adopted," he said.

"It was never expected that any of the Democrat nominees, let alone Biden, would enforce federal marijuana laws which conflicted with state laws for legalization," Pinsker says.

How A Pro- Or Anti-Pot AG Could Move The Needle

A pro-cannabis AG would align with the public's overwhelming support for cannabis reform, be it medical or adult use, Mellody says. Yet, politicians on both sides of the aisle remain opposed to reform due to what she believes are education gaps concerning legalization.

"Historically, what many detractors don't know, want to acknowledge or realize is that cannabis prohibition is a policy based on lies that aren't taught in our history books," she explains. "The American people continue to be far ahead of their elected officials when it comes to legalization, but that must change if we are to restore justice, which is something that I believe Biden is committed to doing."

If an unexpected choice were to assume the role — an anti- or neutral cannabis AG — it could make life arduous for the cannabis industry.

"They probably can't do a whole lot other than make life hell for a few individuals like me," Lindsey says.

Lindsay was charged in 2011 as a co-conspirator for his involvement in a 2009 Montana medical cannabis venture.

An AG of that ilk could also stymie future programs while making life difficult for state programs, including forcing US attorneys to take up RICO lawsuits against cultivators and retailers.

"It is not expected, but there is plenty of damage that could be done if there was a will to do so," said Altieri.

Cannabis reform may see a significant boost in the 117th Congress if the two Georgia runoffs go blue, leading to Democrats holding power in each chamber. If that scenario plays out, anti-cannabis lawmaker McConnell would no longer have the Senate majority's leadership.

Despite the uncertainty over congressional power, it is believed that reform momentum won't wane over the next two to four years.

"The horses have left the barn," said Mellody, noting progress made. "However, political operatives and elected officials on both sides of the aisles need to get serious about the issue."

Lawmakers are slow to act, and Mellody says legalization is just one of many key battles.

"The anti-cannabis movement goes far deeper than the obvious, so we must continue to enlighten more Americans to the unconstitutional injustices being imposed on veterans, students and physically and economically challenged Americans," she says.

MPP's Lindsey sees lawmakers taking action in several possible ways. They include addressing the SAFE Banking Act (which may be in the next COVID stimulus package), veteran access, and possibly the Harris Rider, which continues to thwart citizens' wishes in the nation's capital, who have repeatedly supported cannabis reform.

The 2022 midterms are also shaping up to be a pivotal vote for the balance of power in Washington DC as well for cannabis reform. The so-called "Green Wave" is expected to continue, as several states could wind up voting for medical and recreational laws in the next few years.

NORML's Altieri expects significant reform to occur between now and the midterm elections, including the passage of additional state efforts and several Congressional votes on cannabis.

"The snowball is rolling down the hill," he says. "And with each new victory, we gain more momentum both in political support, but also in public support."