The Case For A Pro-Cannabis Attorney General, Explained 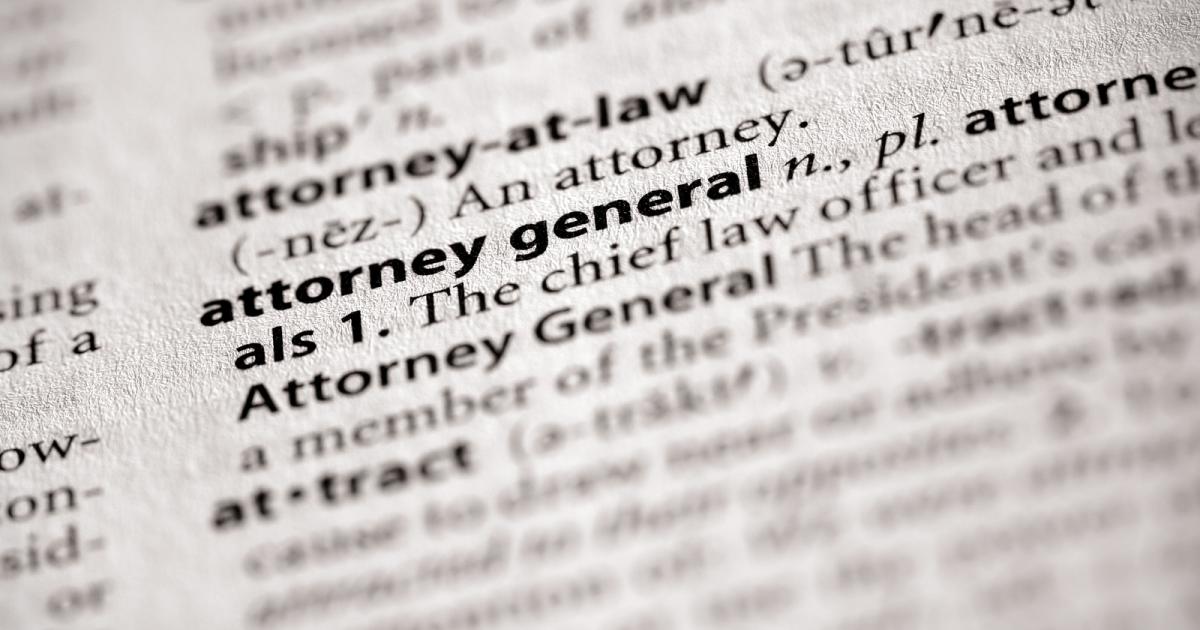 Now that the election is over and the dust has settled, we can be sure of two things: (1) cannabis was the real election night winner, and (2) Joe Biden will be the next president of the United States.

Serving as the President's advisory board, the Cabinet consists of the Vice President and 15 executive department heads. Biden has already begun announcing his selections, making key diplomatic, national security and economic nominations, and those choices could have a profound and far-reaching influence in shaping the cannabis policy landscape.

One position of particular relevance to the cannabis industry is the Attorney General. NORML, a national legalization advocacy group, wrote an open letter to President-elect Joe Biden demanding he appoints an Attorney General that will respect state-level cannabis laws, acknowledge the failures of cannabis criminalization, and work to end prohibition.

So what exactly does the Attorney General do, and why do cannabis advocates care who occupies this powerful appointed position?

What does the Attorney General do?

The Attorney General serves as the head of the US Department of Justice and is the chief law enforcement officer of the United States. The Attorney General represents the US in legal matters, provides legal advice to the President and executive department heads, enforces federal law, oversees civil rights, federal prisons and penal institutions, and supervises US attorneys and marshals.

How can the next Attorney General shape the cannabis industry?

As a part of the executive branch, the Attorney General is not involved in the writing and passing of legislation, but instead is tasked with enforcing federal law. So while the future Attorney General will have little influence on the fate of key cannabis bills, such as the SAFE Banking Act or the MORE Act, they could play a major role in defining the federal government's relationship with the existing cannabis industry and shaping how the Department of Justice enforces cannabis laws.

In 2013, Deputy Attorney General James M. Cole issued a memorandum to all U.S. Attorneys stating that the Department of Justice would no longer enforce federal cannabis prohibition laws in states that legalized cannabis in some capacity. This document, famously known as the “Cole Memo,” marked a pivotal moment in the cannabis legalization movement. After decades of harsh, punitive enforcement of draconian anti-cannabis laws, the federal government was signaling that they would no longer interfere with state cannabis legalization policies.

In the years following the Cole Memo, cannabis legalization continued to expand across the country, and some stability was brought to the emerging industry — it was clear where the Obama Administration and the Department of Justice stood on cannabis enforcement. But in 2018, the Trump administration's Attorney General, Jeff Sessions, who once said “good people don't smoke marijuana,” rescinded the Cole Memo. This repeal initially stirred a great deal of panic and confusion, but many agree that this move had little effect on the industry and clearly didn't deter the 11 states that have since passed legalization laws.

But there is no doubt that a cannabis-adverse Attorney General contributes to a sense of unease and turmoil within the industry. The next Attorney General could restore the Cole Memo, as Ron Carleton, former deputy commissioner of agriculture at the Colorado Department of Agriculture, argued in a 2018 op-ed.

Biden's Attorney General could begin the process to reschedule cannabis from Schedule I to a lower schedule — a move that Biden has expressed support for — or remove it from the Controlled Substances Act (CSA) entirely. There are two ways that a substance on the CSA can be rescheduled or descheduled: through congress or through the executive branch.

Cannabis and the Controlled Substances Act

While the Attorney General can't reschedule or deschedule cannabis with a simple memo, they play an important gatekeeping role in any changes made to the Controlled Substances Act. The rescheduling or descheduling of cannabis could pave the way for federal legalization, more research, and a pathway for financial institutions to work with the cannabis industry.

One of the most important steps the next Attorney General could take regarding cannabis policy is directing the Department of Justice to commute the sentences of those currently in federal prison for cannabis and to pardon individuals with cannabis-related criminal convictions on their record.

Organizations such as the Last Prisoner Project and the Drug Policy Alliance, as well as Udi Ofer, the director of the ACLU's Justice Division, have called on Biden to take meaningful action to bring sentencing relief to those impacted by cannabis criminalization. While the majority of cannabis-related arrests and convictions occur at the state level, pardoning the records of those with federal cannabis offenses would be an acknowledgment of the failure and harms of federal cannabis criminalization

The President has the authority to pardon federal offenses, but the Department of Justice, particularly the Office of the Pardon Attorney, is tasked with reviewing, recommending, and preparing the necessary documents for the President to sign. Joe Biden supports federal decriminalization, and the automatic expungement of all prior cannabis use convictions, and the Attorney General, could be instrumental in facilitating that process.

.@JoeBiden needs to appoint an Attorney General who will help lead the transition away from a regime of cannabis prohibition that has locked up so many black and brown men, into an era of restorative justice.#Biden #BidenTransition https://t.co/VsKr5UcX8U

Whoever President-Elect Joe Biden selects to serve as the next Attorney General will have a big job ahead of them. While cannabis might not seem like a priority to some politicians compared to the incoming challenges the Biden administration faces, the next Attorney General could play an integral role in bringing stability to an industry notorious for its turbulence and uncertainty by putting an end to the severe, punitive approach to cannabis enforcement, providing sentencing relief for those impacted by the War on Drugs, and ushering in a new era of sensible cannabis policy.

It's no wonder why cannabis advocates are demanding Joe Biden appoint a pro-cannabis Attorney General.

This article by Daily Hive was originally published on Weedmaps, and appears here with permission. read more

This article by Dante Jordan was originally published on Weedmaps, and appears here with permission. read more