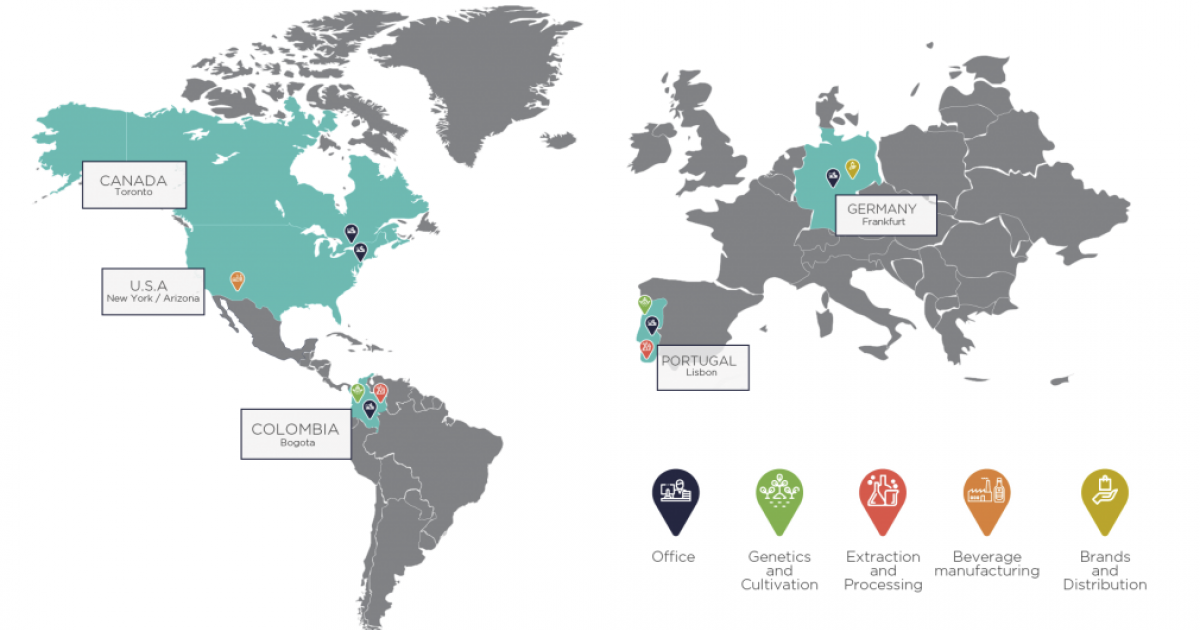 Clever Leaves joined a panel of cannabis movers and shakers from across the globe at Benzinga’s Virtual Cannabis Capital Conference on October 15. Click here for more coverage of this event with presentations from some of the top CEOs, investors and lenders in the cannabis space.

The majority of existing cannabis production facilities were built in states where there has been a legal market ‒ not necessarily where it makes the most sense from an economic or environmental perspective.

Naturally, cannabis companies have had to make do with conditions that may not be the best for cultivation and may be more expensive in the long run.

Clever Leaves aims to disrupt this space by focusing on federally legal markets with the environment to support low-cost cannabis cultivation.

As a multinational cannabis company, Clever Leaves has placed a serious emphasis on ecologically sustainable, large-scale cultivation and processing.

Kyle Detwiler, CEO of Clever Leaves, spoke with Benzinga at the Virtual Cannabis Capital Conference about the company’s operations in Latin America and Europe, advantage among peers, plans to go public and more.

One of Clever Leaves’ biggest cannabis assets is its EU GMP certification. In Europe, when a company is selling pharmaceutical products in a pharmacy, it must have an EU GMP certification to sell those products. It is typically very difficult for cannabis companies to obtain that certification because it has a number of procedures, traceability requirements, documentation, and a significant upfront cost.

Detwiler claims it essentially took Clever leaves three years to get EU GMP-certified and he believes that this certification can profit the company abundantly.

“Getting an EU GMP certification unlocks new markets ‒ if you don’t have this certification, you cannot sell in certain places in Europe. It will also change the price game. There are thousands of cannabis companies but only a handful which are EU GMP-certified that can command a higher price for their products. This quality stamp can increase our prices by 3x to 10x depending on the product.” said Detwiler.

Clever Leaves is one of the largest federally legal international platforms with offices in the U.S., Canada, Colombia, Germany and Portugal. According to Detwiler, the company is most well-known for its large operation in Latin America where they are one of the largest licensed producers in the region (with 1.8 million square feet of the continent’s EU GMP-certified operations).

“As everyone knows about the international market, we try to grow at low costs and sell at high prices. Distribution is the name of the game. And we’re spending most of our time trying to effectuate distribution partnerships in Latin America and abroad.” said Detwiler.

Clever Leaves also has operations in Colombia. According to Detwiler, the company initially sought out operations in Colombia for the cost, climate, and distribution advantages. Detwiler argues that since Colombia is near to the equator, it receives 12 hours of sunlight in a day, which creates an ideal environment for cannabis to grow. Therefore, in both the near and long term, Clever Leaves will maintain a cost of production advantage.

Among other operators in Latin America, Detwiler claims Clever Leaves has the authorization to cultivate 26,000 kilograms of that quota. This means that roughly half the country’s quota belongs to Clever Leaves which makes the company about 50 percent bigger than its nearest competitor.

Clever Leaves has also focused on Europe because the prices are higher, there are fewer operators, and there are challenging regulatory requirements like EU GMP certification.

Just a few weeks ago, the company became licensed in Portugal so they are one of the few European continent-based cultivators of cannabis.

“Our operation in Portugal allows us to fulfill the B2B suite. Since we can only produce extracts in Colombia, having an operation in Portugal, which is considered to be the “Colombia of Europe” will allow us to sell flower products as a differentiated aspect of our business.” said Detwiler.

Apart from Portugal, the company is seeking access into countries like Germany. According to Detwiler, the market in Germany is like California but with higher start-up costs and more barriers to entry. There are no dispensaries in Germany and medical cannabis products are only sold at pharmacies and require the EU GMP certification.

Detwiler believes that the way that other countries around the world are legalizing is going to resemble Germany more than markets like the U.S. and Canada. For example, Brazil recently legalized medical cannabis but domestic production is banned. Everything must be imported. It’s sold only at pharmacies and must be GMP-certified. Only a handful of companies can fulfill such requirements and Detwiler claims that Clever Leaves is really the only company that has the ability to compete with Latin American cost structure.

Detwiler believes that Clever Leaves’ operational set up will also have a superior cost advantage as compared to in the indoor cultivation facilities required in many parts of the U.S. and Canada.

“To try and quantify our operating cost advantage. Consider that we’re already cultivating for about 20 cents a gram. Our Canadian peers are at approximately $1.89 [USD]. But, it’s not just about being the lowest cost today because you need to think about what happens when the industry is multiplied 10 or 20 times its size. Then we might need to be able to expand our capacity. What’s also potentially interesting for people to know is that we’ve built our capacity at $14 [USD] a square foot compared to the Canadians at about $200 [USD].” said Detwiler.

Clever Leaves is in the process of a SPAC transaction and expects to be a NASDAQ listed company before end of year. Upon listing, Clever Leaves would be the only cannabis company listed on a major American stock exchange with Latin American operations that are EU GMP certified. The company has entered into a definitive Business Combination Agreement with Schultze Special Purpose Acquisition Corp (NASDAQ:SAMA).

A newly formed holding company, Clever Leaves Holdings Inc., will acquire SAMA and Clever Leaves and is anticipated to become a NASDAQ-listed public company trading under the ticker symbol “CLVR” with an anticipated initial enterprise value of approximately USD $206 million.

Clever Leaves’ shareholders will be rolling over [97% of their equity ownership. Clever Leaves will have an earn out of up to 1.4 million shares reflecting an alignment of interests and limited dilution and the transaction is subject to a minimum cash condition of USD $26million.

The company is targeting USD $13 million of revenue this year and claims that they are going to grow very rapidly in 2021, mostly because of its GMP certification in Colombia that they received in July and because there is normally a lag of 6-9 month in pharmaceutical sales. The company expects to be able to achieve GMP price points after the first quarter of 2021.

3 Cannabis SPACs To Consider For 2021

SPACs have been one of the hottest investment stories of 2020. The blank check, reverse merger vehicles have taken numerous private companies — as well as former public companies — public on major exchanges. Here is a look at some SPACs that are taking cannabis companies public or have listed cannabis as their target search area. read more