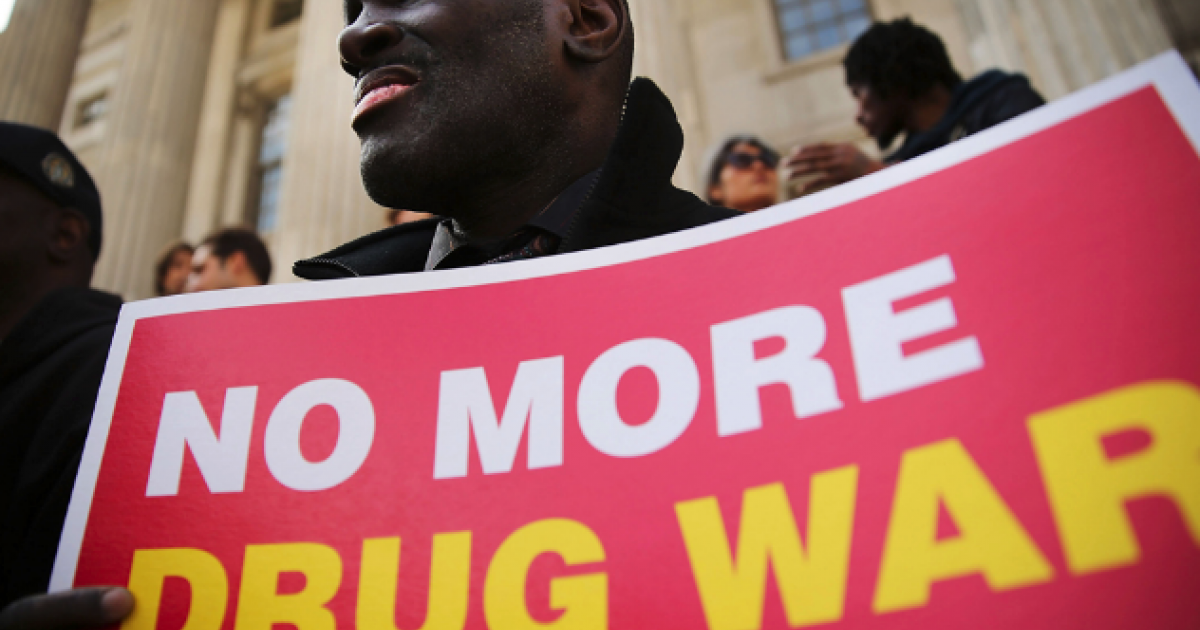 While the race for the presidency and some other federal races remain undecided as of Wednesday evening, voters in five states legalized cannabis, a sweep that made it a day of celebration for many in and around the industry.

The estimated value of the cannabis markets in the five states that legalized Tuesday is expected to surpass $3.1B by 2025, according to Arcview Research. The results also upped the total number of states with MED programs to 35, with 15 of them having legal REC as well.

The apparent bipartisan support for the cannabis measures have many advocates bullish on future federal legalization – even if the still-undecided presidential and Senate races don’t result in the Democratic victories that many of them had called for.

“These results once again illustrate that support for legalization extends across geographic and demographic lines,” said NORML Executive Director Erik Altieri. “The success of these initiatives proves definitively that marijuana legalization is not exclusively a ‘blue’ state issue, but an issue that is supported by a majority of all Americans – regardless of party politics.”

While many advocates were encouraged by the results, some note that challenges still lie ahead.

Here’s a look at the new cannabis programs in each of the five states that legalized on Tuesday:

The Garden State was the most populous of the group of five that welcomed cannabis reform this election. The state also became the first in the mid-Atlantic region to legalize REC, giving it a potential leg up on neighbors New York and Pennsylvania, among others, where the governors have indicated support for legal REC.

Steve Schain, a Philadelphia-based attorney with the Hoban Law Group, suggested New Jerseyans temper their expectations. Tuesday’s vote was not a referendum, which immediately enacts a new law. Rather, 67% of voters approved a constitutional amendment that will take effect Jan. 1.

State lawmakers will still need to figure out what the REC program looks like, something they struggled with in the past when trying to legalize through the legislature.

Those discussions, Schain said, will be where “the rubber hits the road.”

“Unless the legislature can work together in the middle of a pandemic, I’m not that enthusiastic about it,” he said of the quick establishment of a regulatory framework.

Carly Wolf, NORML’s state policies coordinator, called on the New Jersey legislature to take “immediate action” to establish regulations in accordance with the will of the people.

“Their first priority should be bringing about an end to the tens of thousands of low-level marijuana possession arrests that occur each year in New Jersey,” she said. “Once this is accomplished, they should then expeditiously move forward to meet voters’ second demand, which is to initiate regulations to license and oversee the commercial cannabis market in New Jersey.”

The ballot measure caps the tax that towns and cities can impose on cannabis at 2% on top of the state’s sales tax of 6.625%.

There are two resolutions pending in the state assembly about how to spend that tax revenue. One would put it toward property tax relief, while the other would direct it toward mental health and addiction treatment programs.

It’s widely believed that New Jersey’s REC market will spur other neighboring states to also legalize. Schain said he expected that to be the case, noting that states like New York, Pennsylvania and Maryland, in particular, are going to start seeing their dollars go to New Jersey. (It’s illegal to take cannabis across state lines.)

“It’s like gambling,” he said. “When gambling happens in neighboring states, some politicians are like, ‘Gee whiz, we’re losing revenue; let’s go for it.’”

Nearly 60% of Arizona voters supported Proposition 207, which legalizes a REC program. The passage marked a major bounce-back for legalization advocates in the state, which saw a similar measure narrowly defeated in 2016.

The measure permits those 21 or older to possess up to an ounce of cannabis and it stipulates that revenue from retail cannabis sales be used to fund various public education and safety programs. It also allows people with marijuana-related convictions to petition the state’s courts to have those records expunged.

Arizona’s cannabis laws had been considered among the strictest in the nation, as possession of even a small amount could be considered a felony.

Ryan Wilson, executive director of Arizona NORML, said Tuesday’s election result marks a new path away from the state’s prior drug laws, which he described as based in racism.

“Arizona’s voters opted to put their government’s failed war on marijuana in the rear-view mirror where it belongs,” he said. “In the early 20th century, our state enacted a prohibition on marijuana to unjustly gin up charges against its Latinx residents. However, as time made clear, prohibition is not only unjust, it’s counterproductive. It is also inconsistent with Arizona’s proud tradition of respecting personal liberty and celebrating rugged individualism.”

Wilson said Arizona NORML would be working with state lawmakers to help steer regulations, and also to push for federal reforms.

“We are pleased with the results of this election, but our work is not done,” he said.

Voters in South Dakota made history Tuesday by making the state the first to legalize REC and MED on the same ballot.

With the passage of Amendment A, South Dakotans will be able to legally possess, transport and distribute up to an ounce of cannabis.

Matthew Schweich, deputy director of the Marijuana Policy Project and one of the leaders of the South Dakota campaign, noted that the state “is arguably the most conservative state yet to enact marijuana legalization.”

“A few years ago, nobody would have predicted that South Dakota would legalize marijuana before New York,” Schweich added. “But that’s the power of the ballot initiative process.”

Voters in Montana passed Initiative 190, which would place a 20% tax on REC sales and make the state’s department of revenue the regulatory agency, with 57% support. They also passed Constitutional Initiative 118, which limits marijuana use to those ages 21 or older, with 58% support.

Under Initiative 190, adults will be allowed to possess up to an ounce of cannabis and cultivate up to four mature plants for personal use.

“This is a great day for Montana,” Schweich, with the MPP, said of the result.

The citizen-led initiative passed with 74% of the vote. It will allow doctors to prescribe MED for 22 outlined conditions.

“It is great to see that the tides of change are continuing to flow across the country and now they have come to Mississippi,” said Hawkins, with the MPP. “As we saw in Utah in 2018, and as we see in Mississippi this year, medical marijuana can pass in any state in the country.”

The Mississippi Department of Health will be tasked with establishing regulations for the program, but the ballot measure stipulated that the state cannot cap the number of treatment centers. Additionally, the regulations must be in place by next July, according to the measure, and licenses must be awarded the following month.

The competing MED ballot measure written by lawmakers, Alternative 65A, would have restricted MED to terminally ill patients and required treatment oversight by licensed physicians and pharmacists.

“Initiative 65 puts the needs and interests of patients first,” said Paul Armentano, NORML deputy director. “This was a grassroots effort to provide patients with access to a treatment option that patients already enjoy in 34 other states and in the District of Columbia. By contrast, Measure 65A was a cynical effort by lawmakers to misdirect voters. The same state lawmakers that for decades had refused to ever seriously address the issue were the ones behind 65A, and voters wisely rejected their campaign.”