Can Psychedelic Therapy Ease The Socioeconomic Burden Of Addiction? 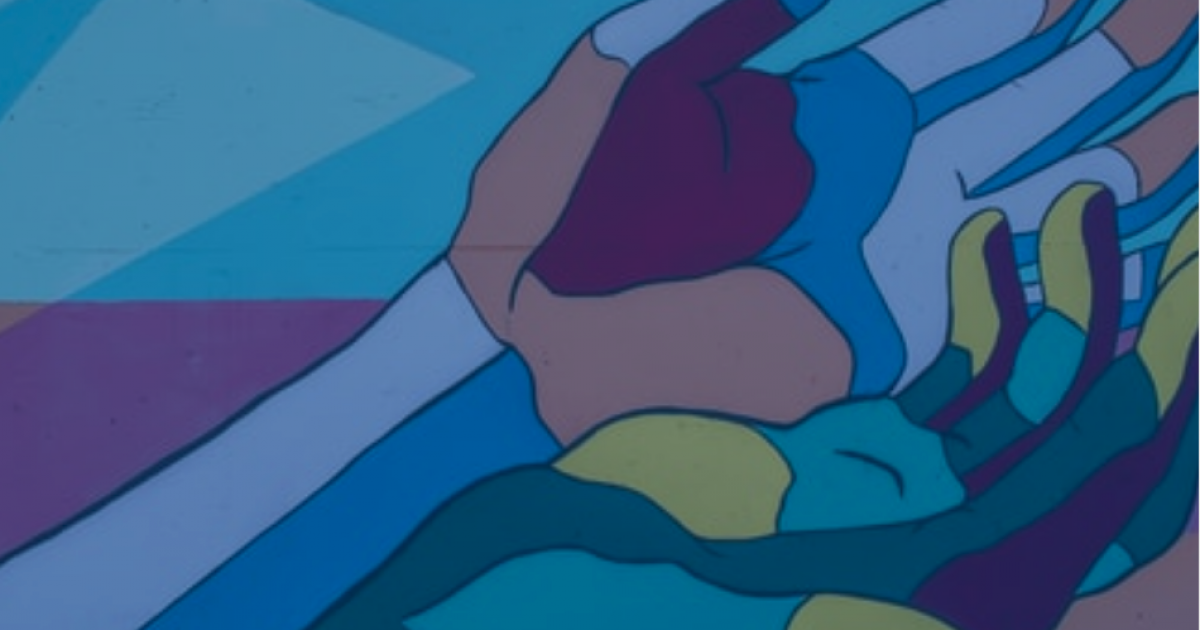 Recent figures estimate that the abuse of tobacco, alcohol, and drugs within the United States totals to over $1 trillion dollars a year in costs—and counting.1 Between the burden on the criminal justice system, medical costs, and losses in productivity, the American economy continues to take a rising annual hit from the consequences of drug and alcohol addiction. The current opioid epidemic gripping America has brought to light the way in which addiction can take a toll on society, and underscores the need of a more sustainable and effective solution for treating addiction. One of these solutions, the therapeutic and responsible use of psychedelics, is as radical as it is promising. Effective and lasting treatments for addiction have numerous benefits to society, and even avenues of treatment that are relatively novel or unorthodox are worth exploring. This guide aims to posit the incredible potential that psychedelic drugs have to effectively treat addiction, attenuate related social costs to the criminal justice and healthcare systems, and boost productivity, thereby easing the burden of addiction on society and making for a healthier, happier, and more prosperous world. Estimating the true cost of drug and alcohol addiction to society requires a multifaceted and nuanced approach, including the careful valuation of various tangible and intangible costs to both society and those addicted, along with those close to them. While the aforementioned dollar costs of addiction that are related to the criminal justice and healthcare sectors (both of which have their own deeply systemic flaws), along with losses in productivity, are tangible costs and account for the staggering amount of money spent every year, other costs, such as the human pain, harm, and suffering, are only vaguely measurable but worth mentioning as well. Illegal drug users and alcoholics also tend to die earlier than those who do not abuse drugs and alcohol. It can be expected that had these persons lived longer, they would have likely worked further to the benefit of society; thus, the number of productive working years lost due to prematurely deceased drug users and alcoholics is one way to base the estimation of the productivity that is potentially lost in the society.2 Now consider the possibility of psychedelic treatment, which not only promises radically effective success in treating the challenging elements of addiction—such as acute and post-acute withdrawal, cravings and depression—but also holds immense promise in boosting overall mood and productivity, and all within microdose ranges. While the thought of using drugs to treat drug and alcohol addiction may seem paradoxical at first, the scientific data and large amount of anecdotal reporting certainly supports moving in that direction. While the notion of using drugs to treat drug addiction may seem counterintuitive, the medical establishment has been using Medication Assisted Treatment, or MAT, to treat drug and alcohol addiction for a very long time. Today, persons addicted to opioids, such as heroin, morphine, Oxycodone, and other opiates of abuse, are often transitioned to Suboxone or Methadone, long-acting “opioid replacement drugs” that are themselves opioids and which must be taken daily. Similarly, alcoholics are often prescribed drugs like Antabuse or Naltrexone to deter relapse—medications that are also generally required to be taken daily. While this principle of “replacing” one substance for another (while inaccurate given the social and personal harms brought on by abusing drugs like heroin or prescription opioids versus monitored MAT) is contentious, the psychedelic model of treatment is a surprisingly effective alternative. Psychedelic therapy for addiction offers a paradigm shift in how the medical community approaches addiction treatment. With only a few controlled psychedelic sessions with a licensed therapist, quality of life can be dramatically improved and relapse rates greatly reduced in addicts undergoing medically assisted psychedelic therapy.3 Indeed, both the early research of the ’60s and ’70s, and the more recent research sparked by the return of the psychedelic renaissance, strongly supports the use of psychedelics in treating substance abuse and addiction.4,5 Nonetheless, years of prohibition and propagandized misinformation campaigns have marred the public understanding of these substances and the promise they hold. The fallout from the failed “War on Drugs” resulted in major setbacks in psychedelic research, along with their clinical and societal applications. “Despite evidence indicating that psychedelic drugs pose little threat to the individual user or cost to society and may have substantial benefits, LSD, DMT, and psilocybin remain among the most strictly prohibited substances in the UK, USA, and elsewhere.”6 There is no question that great strides still need to be made legislatively before our society can (or once again) unlock the immense potential these tools have to offer. Perhaps the most crucial element to incorporate into responsible psychedelic policy is the safe, controlled usage of these compounds in society. To ensure the ethical, responsible, and safe usage of these powerful compounds is fundamental this time around to avoid further legislative roadblocks to our human progress when engaging in the mindful use of psychedelic drugs. The days are gone wherein a drug manufacturer like Sandoz (the laboratory holding the initial patent for LSD) could simply send samples to anyone who requested them, in the interest of studying the applications of LSD. While these compounds have an established, promising safety profile and therapeutic index, the idea of uncontrolled, rampant psychedelic use (as revolutionary as that may have been) is most likely not in alignment with the powers that be, or our greatest interests. While a “quantum leap” in consciousness may be unavoidable as a result of psychedelics, establishing control (or at least the illusion of it) could be paramount to successful integration into our modern society. Reestablishing What We Once Knew to Be True: Psychedelic Safety & Efficacy in Treating Addiction

Beyond establishing rational guidelines and policies for the safe and responsible use of psychedelic drugs in therapeutic settings, it is important to highlight the relevant research that supports its use in addiction. New studies on the potential of psychedelics to treat addiction are already underway, and early reporting, while anecdotal, is very promising. Results from a 2020 clinical study evaluating self-reported feedback from cannabis, stimulant, and opioid addicts suggests “that psychedelics cause reductions in problematic substance use.”7 As research into the mechanisms by which psychedelics treat addiction evolves, a new generation of psychedelic-derived drugs, such as MC-18, a novel drug derived from the powerful addiction-interrupting psychedelic, Ibogaine, is setting the stage to further revolutionize modern addiction treatment. Ibogaine Derivative MC-18 & Revolutionizing the Next Generation of Addiction Treatment

Although not as well-known as other powerful entheogenic plants such as Ayahuasca or Peyote, the West African Iboga shrub has gained recent attention for its ability to attenuate (if not completely ameliorate) acute opioid withdrawal symptoms, as well as promote successful recovery in both alcoholics and drug users. However, due to the risk of serious cardiotoxicity in some patients, it is highly unlikely that the plant-derived active compound from the Iboga plant, called Ibogaine, will ever be utilized by the pharmaceutical industry. However, a new drug called 18-methoxycoronaridine (18-MC), a “novel iboga alkaloid congener” that exhibits a “narrower spectrum of actions” and a “substantially greater therapeutic index than ibogaine,” is poised to revolutionize addiction treatment.8 Already, there exists a significant amount of capital investment into this particular drug, with many more investments being made into the overall use of psychedelics to treat addiction. Such compounds may indeed hold immense promise to both the suffering addict and society at large. This biologist and scientific writer strongly supports the expanded access of these compounds to researchers, as well as the necessary funding, so that optimal side effect, safety, and therapeutic profiles can be clinically established. The allocation of public resources per addicted person is huge. Many addicts are covered by Medicaid/Medicare, or they have no coverage at all. If the resources allocated toward healthcare and battling addiction alone could be invested into other areas, the value of these drugs would be significant. In many ways, legislative liberation of psychedelic compounds and their widespread, responsible use among a broad spectrum of humanity may be one of the simplest, yet powerful, decisions we make as a species. The return on investment that psychedelic therapy has to offer society in terms of effective addiction treatment alone is many, many times higher than the cost of making the simple paradigm shift required by policymakers to allow the successful societal integration of these drugs. Without a doubt, attempting to reintegrate psychedelic drugs into modern society risks reopening the Pandora’s Box of the 1960s, which saw rampant psychedelic use with no medical oversight. The importance of controlled and responsible use (perhaps in niche, boutique-clinical type settings, like current ketamine clinics) of these substances cannot be overstated this time around. These compounds hold immense value for humankind and promise a needed social and psychological revolution. While there is understandably a resistance towards such a revolution amongst those interested in maintaining the status quo—be it those who profiteer from the private prison industrial complex or from the trillions of dollars raked in by opioid manufacturers—maintaining these current social models is short-sighted and a disservice to our society and its struggling citizens. Indeed, the body of research around the therapeutic use of psychedelic compounds is rapidly expanding, with leading institutions, such as Johns Hopkins, leading the charge in that direction by studying their applications in everything from addiction to depression. As the resurgence of the psychedelic renaissance continues, hopefully psychedelic therapy will indeed deliver on its promise to revolutionize addiction treatment and ultimately enrich the human experience with the heights of unrestrained human innovation and creativity.