'We Only See Green:' PAC Targets Cannabis 'Prohibitionists' In Congress 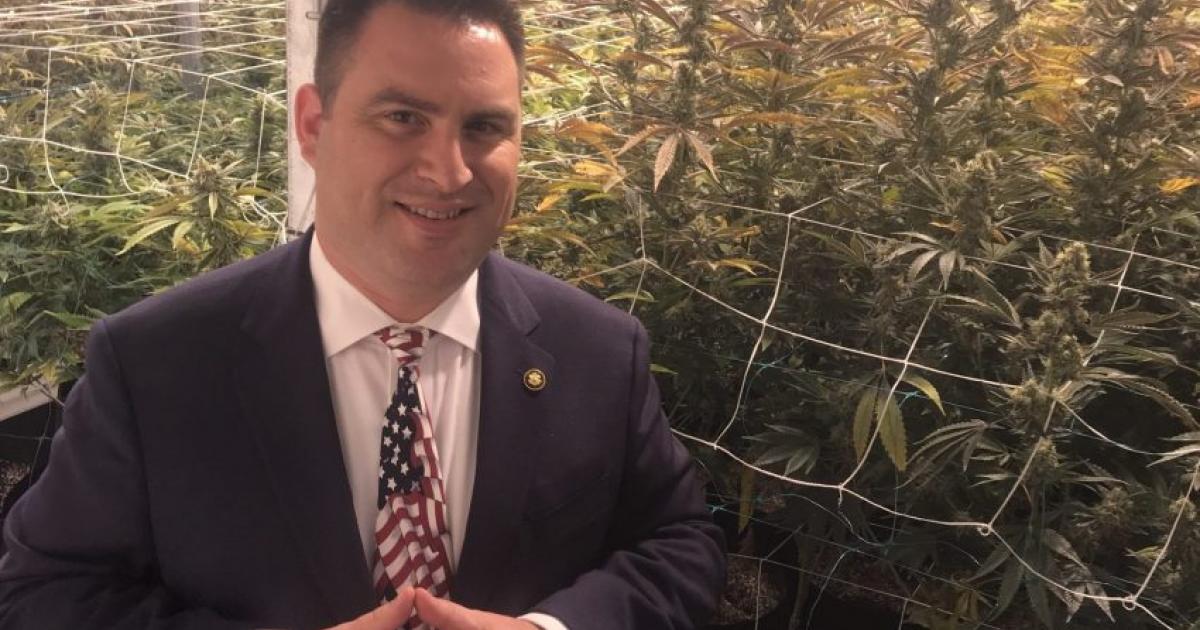 A new political action committee seeks to support 420-friendly House and Senate candidates – from either party – and to remove “prohibitionist” lawmakers.

A group of cannabis advocates recently launched the 420 IMPAC, or 420 Interstate Marijuana PAC, to advance the industry’s influence in Congress. Among other initiatives, the group supports The MORE Act, which would legalize cannabis federally; the SAFE Banking Act, which would allow state-legal operators to use federally-backed banks; and the legalization of interstate cannabis commerce.

Jason Beck, a longtime industry entrepreneur and advocate who helped create 420 IMPAC, said the group is seeking to accelerate “the evolution that is needed in the cannabis space.”

With only weeks before the general election, Beck said the PAC will concentrate on fundraising with an eye on the 2022 midterms. He stressed that the focus of 420 IMPAC will be on Congressional and Senate candidates – not those running for president – and that political affiliation is irrelevant.

Beck is intimately familiar with the problems that can arise while operating a state-legal business in the federally illegal industry.

He opened his first dispensary in San Francisco in 2001 and considers himself to be the longest continuous legal cannabis seller in the U.S. During his career, he helped develop landmark policies, including the San Francisco patient ID card program that was later expanded across California.

Beck touts his own bipartisan bonafides. He helped develop San Francisco’s MED patient ID program that was later expanded statewide, and went on to serve on current vice presidential candidate Kamala Harris’s MED task force when she was San Francisco District Attorney. He later worked with then-Rep. Dana Rohrabacher (R-Calif.) on the Rohrabacher-Farr amendment, which was first signed into law in 2014. That bill, which had failed on six previous House votes, prohibits the U.S. Department of Justice from using funds to interfere with state MED programs.

Beck, whose West Hollywood dispensary Alternative Herbal Health Services was raided three times by the feds from 2007 to 2013, said having cannabis removed from the Controlled Substances Act is key for the industry’s continued existence, “because ultimately we’re all building our businesses on quicksand until we have some form of federal legalization, de-scheduling.”

To help reach that result sooner than later, organizers behind 420 IMPAC will analyze the voting records of members of the House and Senate to determine who needs re-election support and who to target for removal from office.

Beck said he has compiled a list of some 40 legislators from states with some form of legalized MED or REC who have voted against legalization bills this year. He views 420 IMPAC as a way to provide “electoral consequences” to those representatives.

“I deem those as our top list of prohibitionists because they’re not voting in [sync] with the laws of their state and a big business industry in their state, which is part of their constituent base,” he said.

The organization is asking members of the public to support its cause by signing up for, at a minimum, a monthly recurring credit card donation of $4.20. The hope, Beck said, is that businesses and other industry advocates will join the push and create a grassroots movement.

They want to ramp up that fundraising now, he said, so that in 2022 “the cannabis industry will have a serious seat at the table when it comes to ensuring that adequate legislation is passed through the House, through the Senate and signed by whoever is the president.”

One of 420 IMPAC’s further reaching goals, alongside many other legalization advocates, is to remove the industry’s prohibition on interstate commerce.

Currently, no bills in the House or Senate focus on the issue, so the PAC doesn’t have any specific endorsements in that regard.

Beck noted, though, that he and other members behind 420 IMPAC personally support some of the proposals that have been made by other organizations.

The Global Alliance for Cannabis Commerce, a separate entity from 420 IMPAC that Beck co-founded to lobby on behalf of the industry, has suggested a potential framework to open the industry to both interstate and international trade.

The Alliance for Sensible Markets, another organization unconnected to Beck and 420 IMPAC, formed last month with the goal of implementing interstate cannabis commerce by getting individual states to enter into mini-trade agreements. If states were to reach such pacts – perhaps an agreement between bordering REC states like California and Oregon – the agreements would then need to be codified and approved by Congress.

The Alliance for Sensible Markets lists several ways interstate commerce could help the industry and consumers – such as by spurring investment and ensuring new markets can meet demand – and uses the tagline “states can’t wait” to drive home its point.

Beck noted that legal interstate commerce could also impact social reform, as “having these artificial state lines on cannabis only creates more inequities in the social justice arguments.”

People who cross state lines with cannabis, even if it’s legal in both states, are immediately guilty of a federal felony if caught by law enforcement. Members of minority communities are at heightened risk, Beck said, due to the increased policing of those communities.

Beck said he’s hopeful voters who care about cannabis will rally around 420 IMPAC and help it hold elected leaders accountable.

“420 IMPAC gives Americans the tools to actually create those electoral consequences for members of Congress that don’t vote the way they should,” he said, “especially when you have public opinion polls on cannabis being legalized at such astonishingly high numbers.”