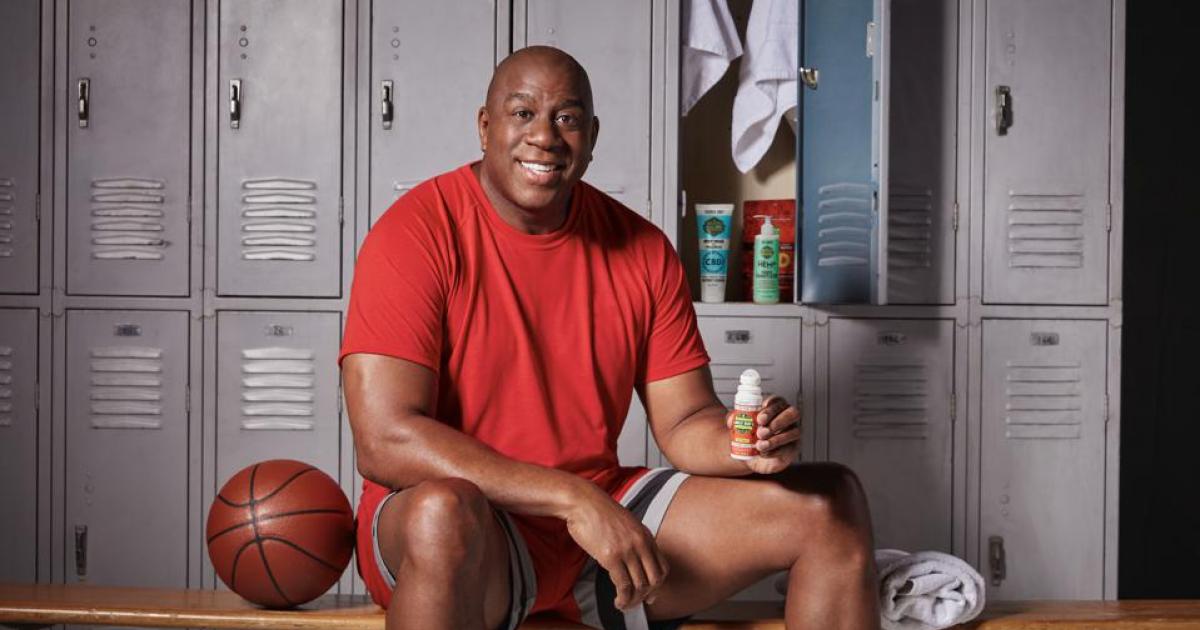 Earvin "Magic" Johnson has officially dived into the CBD business, and he is planning to make a big splash.

The uber-famous basketball star has become a financial partner to Uncle Bud’s, a hemp and CBD brand that sells more than 70 products across more than 15,000 retailers in the U.S.

And, as if that wasn't enough, Uncle Bud's also counts Jane Fonda and Toni Braxton as a brand ambassadors.

Unlike many other celebrities, who jump onto the CBD wagon seeking to make a quick buck by lending their names and faces to certain brands in exchange for royalty payments, Johnson is actually invested in Uncle Bud’s. In his role, he will not only help promote the products, but also assist in steering the company, and driving further growth.

During a recent conversation, Johnson explained his decision to join Uncle Bud’s was based on the brand’s strong product offering, loyal customer base, massive retail reach (even mainstream retailers like Urban Outfitters, Vitamin Shoppe, and Kohl’s want a piece of the action), and the fact that everything they offer is U.S.A. made. 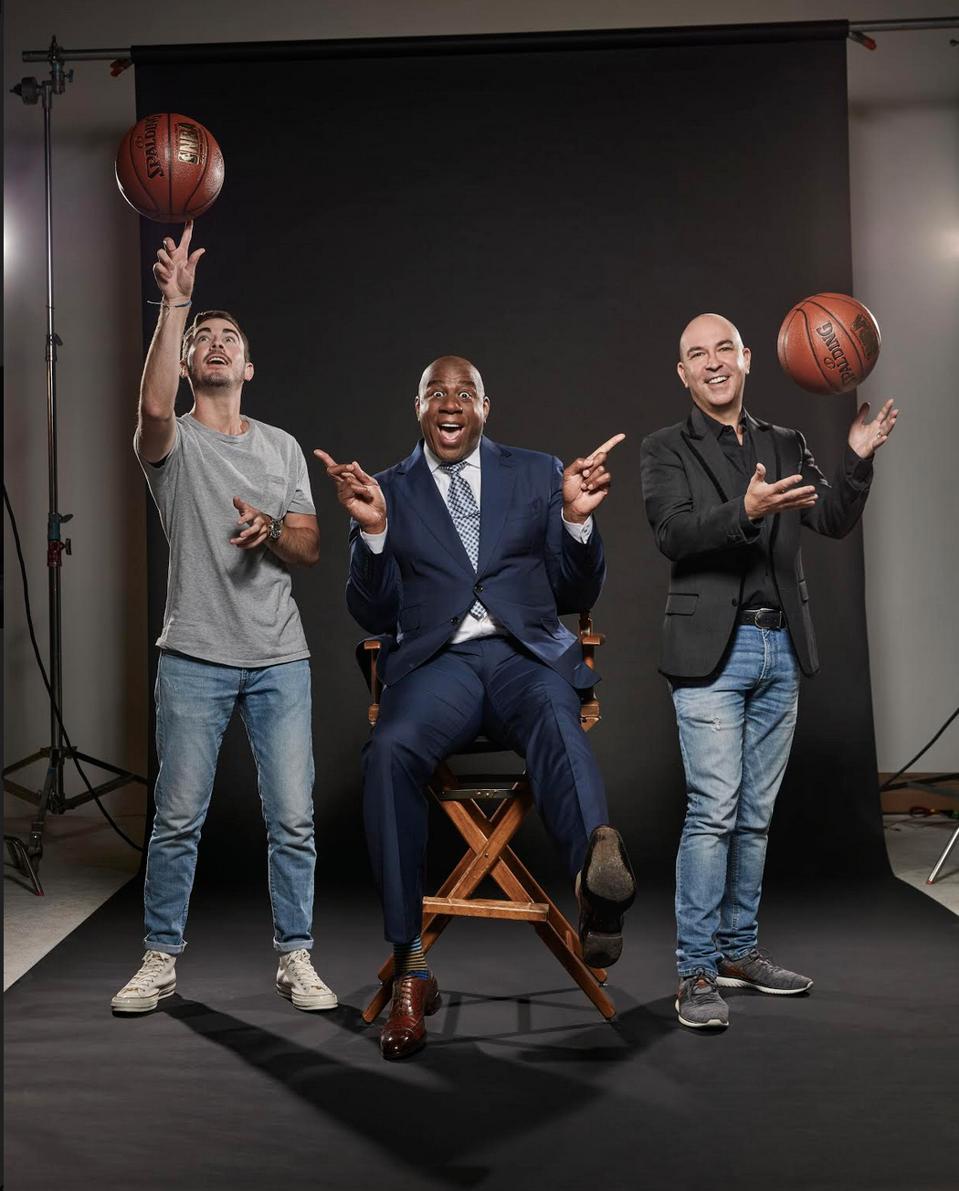 “Uncle Bud’s is creating jobs in our great country,” Magic said. “And then, there’s the fact that Uncle Bud’s products have no THC [the psychotropic compound found in cannabis], which is really important to me. We want to make sure nobody’s getting high while using our products.”

And Johnson’s confidence is not blind. In fact, he had been using CBD in general – and Uncle Bud’s products in particular, for a while before investing in the industry.

“I power-walk every day and my knees always hurt, so I use the products on my knees and my back. They really help me out a lot and give me that pain relief I am looking for. It’s been a natural solution for me. I don’t take drugs or anything like that, so I’m all about making sure I put the right things in my body and on my body,” he voiced. 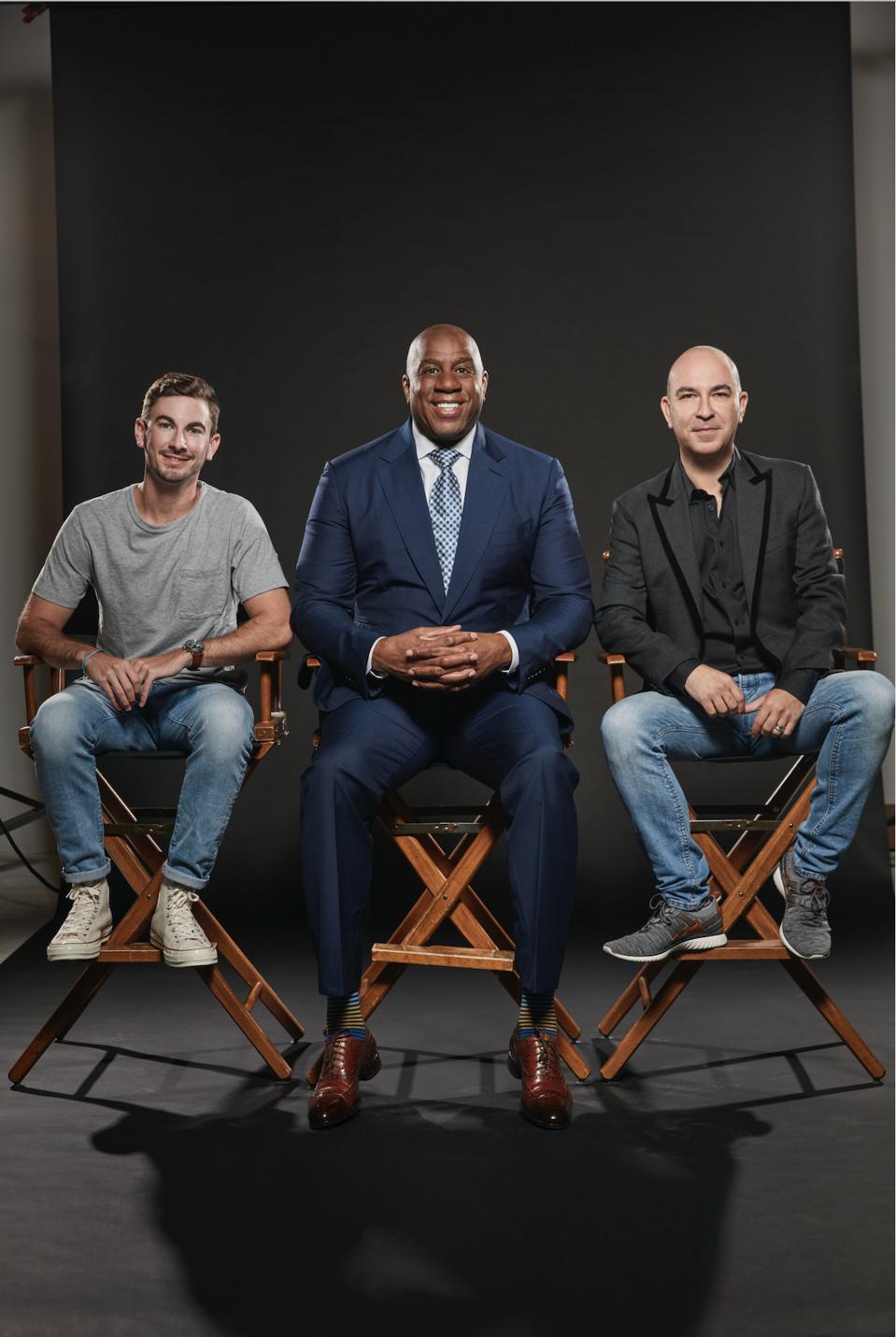 “After trying these products I said, ‘wow, I’m a believer…’ So when the opportunity to partner with them came along, I jumped on.”

“We’ve always wanted to partner with people who are inspirational, who have made a mark on the business world. But we also wanted to connect with someone who actually uses the product,” he said.

Toni Braxton, who is also involved in the company, uses Uncle Bud’s products to treat the symptoms of her lupus. Same as Toni, Magic was a perfect fit for Uncle Bud’s: a consumer, a believer, and an advocate.

Putting His Money Where His Mouth Is

When prompted about Magic Johnson’s participation in Uncle Bud’s as an investor, versus a simple endorser, the team seemed completely in sync. Schiavi, a highly accomplished fashion designer who’s worked with the Kardashian sisters, stated:

“Because Garret [Greller, the 24-year-old co-founder of the company] and I created this, we wanted to bring on authentic people… And honestly I couldn’t think of anybody better than Magic Johnson to be part of the family,” 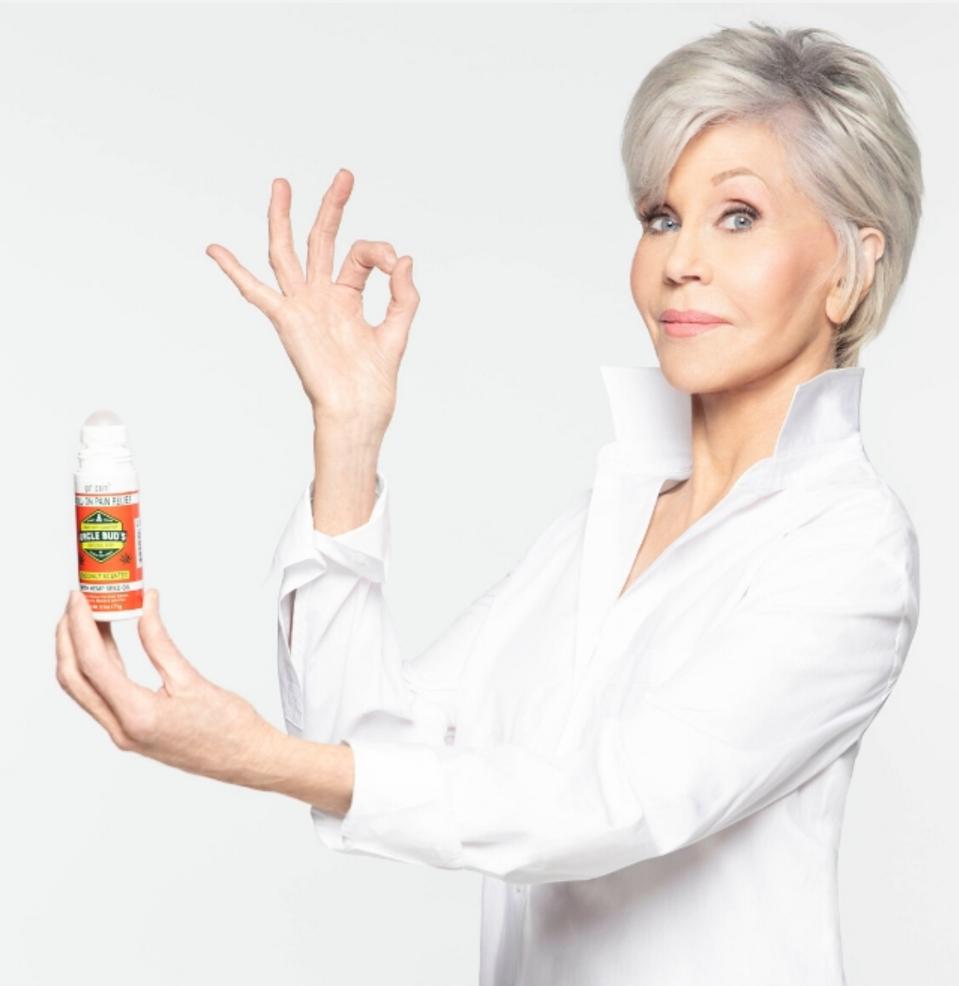 He then moved onto Jane Fonda, describing her as an activist who is all for the environment and natural health alternatives – which is what Uncle Bud’s stands for as well.

“This is what we are… We use U.S. ingredients, don’t test on animals, we’re paraben free, GMO free,” he said. “This is why Jane likes us so much.”

In the case of Magic Johnson, it’s all about credibility, business experience, and personal commitment to the brand.

“It was a very easy partnership. When the timing is right, all the stars are aligned,” Schiavi said.

Still, the one thing that tilted the scale for Johnson was Greller’s backstory, who has been treating his arthritis with the products he makes.

In love with both the products and the story, Johnson decided it was time to move forward in the only way he knows how: as an equity partner who is truly involved and committed to the business. Being a simple endorser is not in Magic’s playbook.

“I always vet companies, just like they vet me,” he added, humbly, as if he didn’t know Magic Johnson needs no vetting whatsoever. “We have to align in our values.”

I have always been impressed by the way some people are able to apply previously acquired skills and knowledge to the cannabis space. It takes creativity and an open mind. 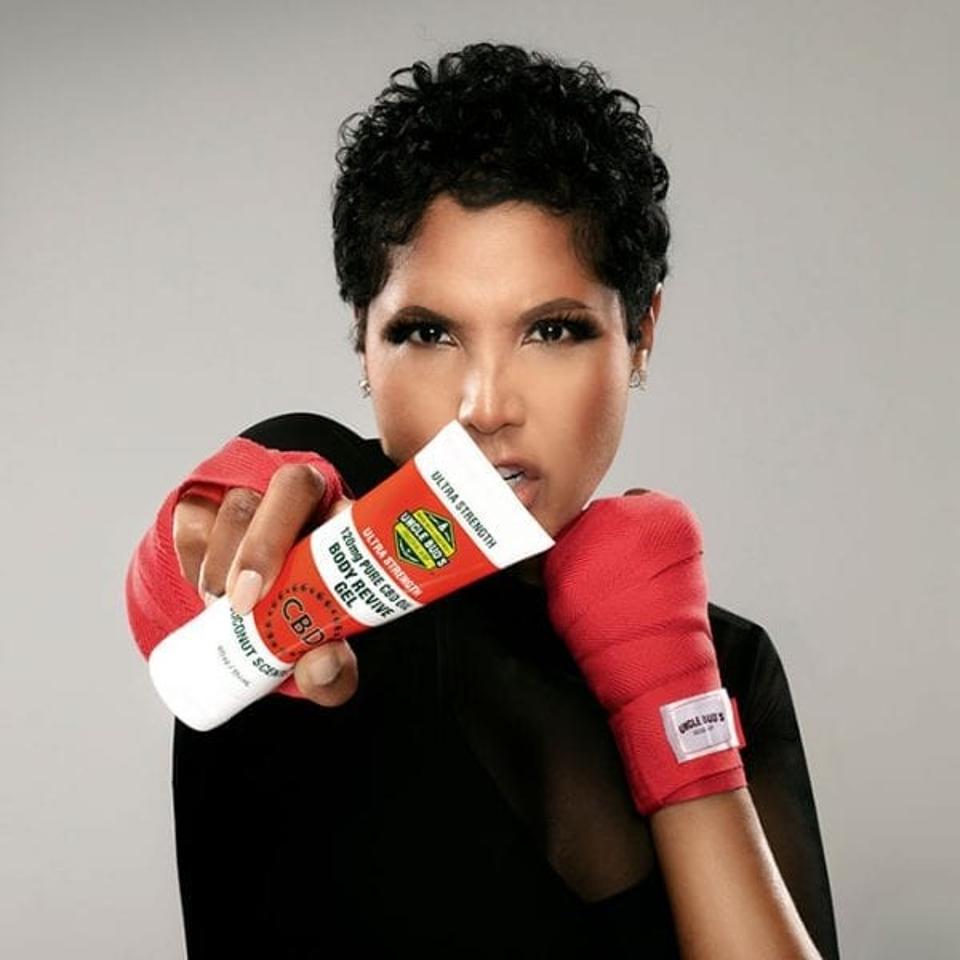 When asked about what he brings to the table, Johnson explained he has great understanding of the bottom line, P&L, and “how to make a company profitable… those sorts of things.”

“I know because I’ve been in business for thirty years,” he said, speaking the truth.

Mr. Johnson is involved in all kinds of business, from investments, to infrastructure – managing projects for the LaGuardia and John F. Kennedy airports in New York, to food services, to facilities management, to sports.

But how did a basketball player become a business wiz?

“I had some great mentors,” Johnson explained, sharing and endless list of people who’ve led him through the muddy waters of entrepreneurship, humbly acknowledging those who have paved the way for him.

By means of conclusion, Johnson provided some advice for aspiring entrepreneurs.

“You need a lot of education. That’s number one,” he said.

Number two: “get some great mentors… You’ve gotta talk to people who’ve done it before.”

And last but not least, “always remember you can do it.” Those last four words, he repeated with emphasis. “You can do it.”

“You need a solid business plan and strategy, and then make sure there’s a demand for what you’re getting into… For me, that’s Uncle Bud’s, they have everything. I was blown away when I looked at the product line.”